RICHMOND, Va. -- Super Bowl XLIII is a tough game to sum up in one image, considering that the plays the Steelers made at the end of each half legitimately belong in the top 10 most amazing moments in Super Bowl history.

My first draft of this strip had a split-screen effect: James Harrison’s pick-six on one side, Santonio Holmes’ championship-winning shoestring grab on the other. But the more I thought about it, the more I knew I had to put the focus #92, and his legendary, dramatic rumble. The man is practically a Jack Kirby character come to life. Imagine Ben Grimm in black and gold!

Like any other Steelers fan, Harrison's mercurial antics often left me in equal parts perplexed, amused and incensed. Indeed, from 2012 on, his nickname around our house was “Dr. Furious.” And there’s no disputing it: Things between Harrison and the Steelers ended badly. But time heals all wounds, and even if all we had was that 100-yard stumble to a 10-point halftime lead, it would be enough!

By the way, if you’re a Lunatic in the Tidewater area of Virginia, I’ll be appearing this Saturday at the Norfolk Indie Comics Expo from 12-6 p.m. at O’Connor Brewing. Admission is free, and the weather that day looks lousy, so drop on by for and adult beverage and some comics talk! 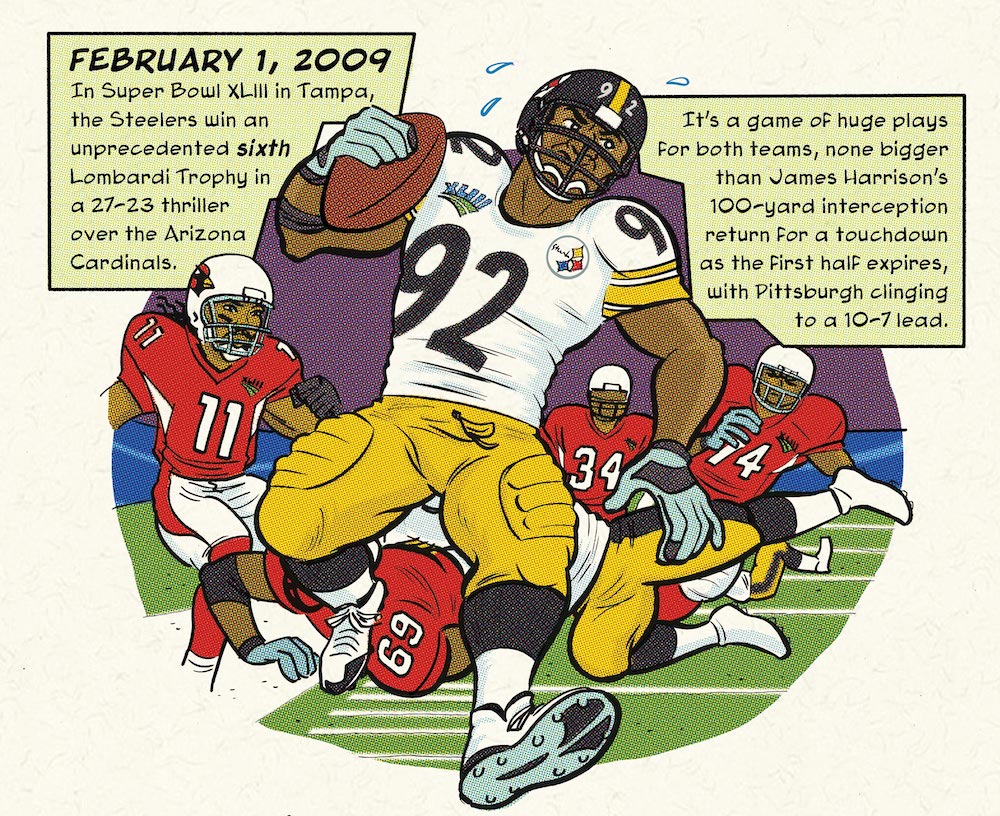