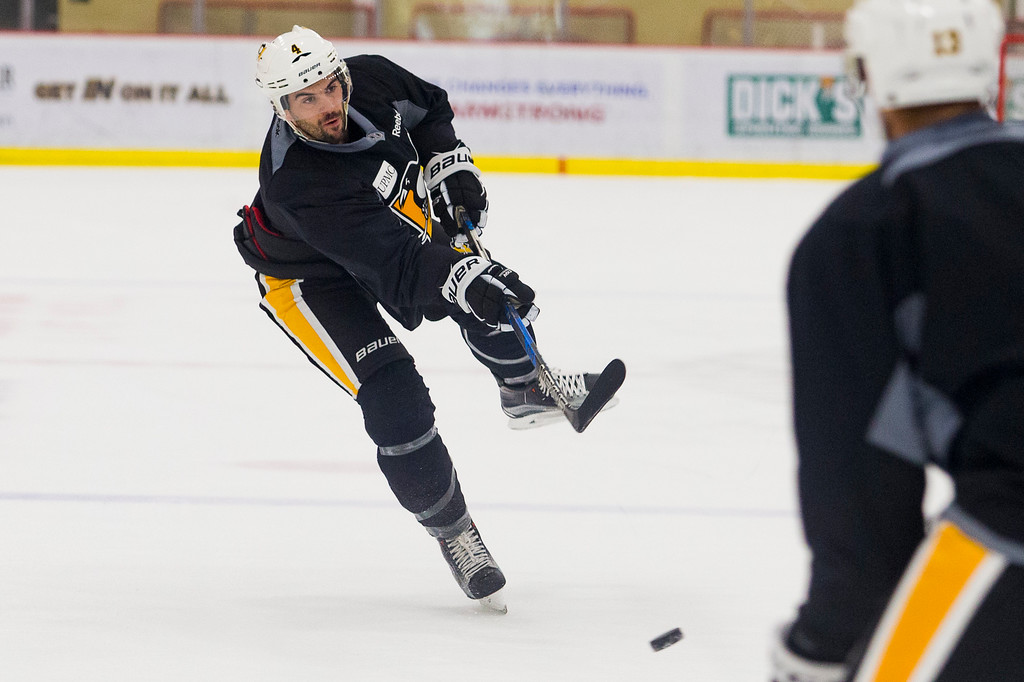 CRANBERRY, Pa. --  All signs are pointing to Justin Schultz making a return Friday against the Flyers.

Schultz, who has been working back from a lower-body injury since Dec. 17, was a full participant in the Penguins' 4 p.m. practice on Thursday. We didn't get any clues about possible defense pairings, as the pairings rotated during line rushes, but Schultz skated on the second power play unit along with John Marino, Jared McCann, Alex Galchenyuk, and Dominik Simon.

After practice, Mike Sullivan said Schultz "had a strong practice." The plan is to see how Schultz responds overnight to today's practice, and make a decision on whether he will play tomorrow.

"It certainly looked encouraging based on what we saw out there today," Sullivan said. "When Justin does go back in the lineup, we'll try to put him in situations to be successful."

Schultz said he felt "good" in practice, and that he anticipates being a game-time decision.

"No point in rushing it obviously," he said. "It's still early enough where you want to make sure you're 100 percent healthy, and I'm ready to go when I go in."

While other players were away on vacation over the All-Star break and bye week, Schultz stayed in Pittsburgh to continue to rehab.

"It's nice for everyone," Schultz said of the time off. "We had a tough stretch there before the break, it's good for everyone to get away from it and take their mind away from hockey."

• Dominik Kahun skated on his own this afternoon with skills coach Ty Hennes, something Sullivan said is part of the concussion protocol. Brian Dumoulin and Nick Bjugstad did not skate today and continue to rehab off of the ice, and Sullivan said "they're all making progress."

• Sullivan was asked if he could tell us who is starting in goal tomorrow.

• Andrew Agozzino and Anthony Angello were recalled from Wilkes-Barre/Scranton before practice. I'll have more on Angello's day in a separate piece.

• Jack Johnson took a shot so hard at Tristan Jarry's net in practice that he not only popped the water bottle off of the back of the net, but he managed to break the lid off of the bottle, leading to big celebrations from the players who saw. Everyone loves a good water bottle shot.