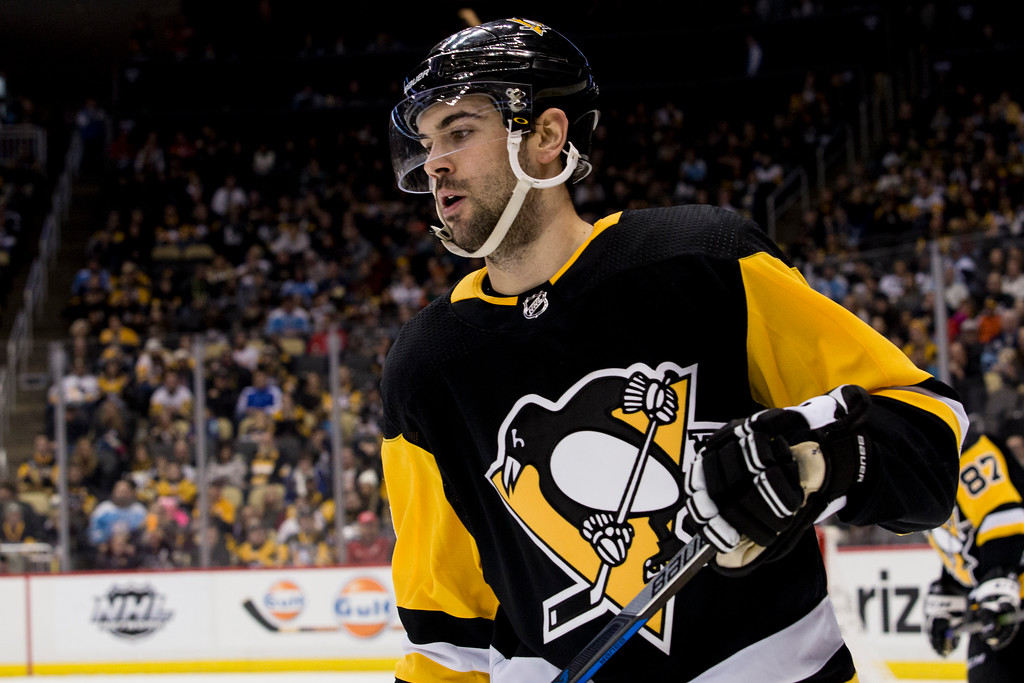 Justin Schultz seems poised to make a return to the Penguins' lineup on Friday evening against the Flyers at PPG Paints Arena.

Schultz last played on Dec. 17, when he suffered a lower-body injury in a game against the Flames. He's missed the Penguins' last 16 games.

Schultz was a full participant in the Penguins' Jan. 20 practice, and seemed pretty confident on that day that he'd make his return to the Penguins' lineup in either the Jan. 21 game against the Flyers before the All-Star break and bye week, or Friday, the Penguins' first game back after the break.

“Obviously, I’m hoping for the sooner one (of the two Flyers games),” he said at the time. “But you have to make sure you’re 100 percent.

He wasn't quite ready for that Jan. 21 game (neither were his healthy teammates, honestly), but with the eight-day break, it's likely that he'll be ready to go on Friday. The Penguins activated Schultz from injured reserve on Jan. 23, further evidence that he'll play against the Flyers.

What could the Penguins' lineup look like when Schultz returns?

In the weeks following Brian Dumoulin's injury in November, before Schultz's injury, the Penguins were using these pairings:

The downside with those pairings is that Kris Letang was forced to his off side, and the top pairing with John Marino was comprised of two right-handed shots. That's usually not ideal. Still, in the 158:34 of time that Letang has played with Marino in five-on-five, the pairing has been on the ice for 145 shot attempts for and 133 against, for a rate of 52.16 percent of all attempts being in the Penguins' favor. That's not bad.

The Marcus Pettersson - Chad Ruhwedel pairing has fared well. In 98:52, they've been on the ice for 88 attempts for and 78 against, for a rate of 53.01 attempts in the Penguins' favor.

Without Schultz, the Penguins have been using the following defense pairings:

With this top pairing, Letang is back on his natural side, but that Johnson - Letang pairing has been one of the worst among the regular pairings the Penguins have used this season. In 311:46, they've been on the ice for 286 attempts for and 308 against, for a rate of 48.15 percent attempts in the Penguins' favor.

They've had the worst rate of attempts faced per 60 minutes of all regular pairings, seeing an average of 59.27 attempts against per every 60 minutes of ice time. On average, they see about a shot against per minute every time they're on the ice.

So ... what pairings do they use on Friday? At least for the first game back, I wouldn't be surprised to see the Penguins go back to the post-Dumoulin injury, pre-Schultz injury pairings above, with the Johnson-Schultz pairing sheltered in their deployment as Schultz gets comfortable again.

We'll have a better idea of what pairings the Penguins could use when the team practices today at 4 p.m. at the Lemieux Complex.