During PiratesFest Friday, general manager Ben Cherington said he was still looking to add pitching. On Wednesday, he added an option by inking left-hander Robbie Erlin to a minor-league contract with an invitation to spring training.

The deal was first reported by Bob Nightengale of USA Today.

The #Pirates sign veteran reliever Robbie Erlin to minor-league contract that will pay him $1.5 million on the big-league roster with $100,000 in incentives. He'll be in their spring training camp and can opt out if not on the opening-day #MLB roster.

Erlin, 29, will make $1.5 million if he is on the major-league roster and has an additional $100,000 available in incentives. He also has an opt-out if he is not on the opening day roster.

The Pirates currently have 39 players on their roster, leaving them with one open spot. The only left-handed pitchers on the roster are Steven Brault, who will likely be competing with Chad Kuhl for the fifth starter spot, and Sam Howard, a waiver claim from October.

Erlin will be joined by Williams Jerez, Nik Turley and Blake Weiman and Miguel Del Pozo as left-handed non-roster invitees who are looking for a roster spot this spring.

He struggled in 2019, finishing with a 5.37 ERA over 55.1 innings pitched, but his peripherals were far more encouraging. His FIP was a far more appealing 3.61, and his fastball and curveball both get good spin. His curveball picked up a lot more spin as the season progressed as well. From Baseball Savant: 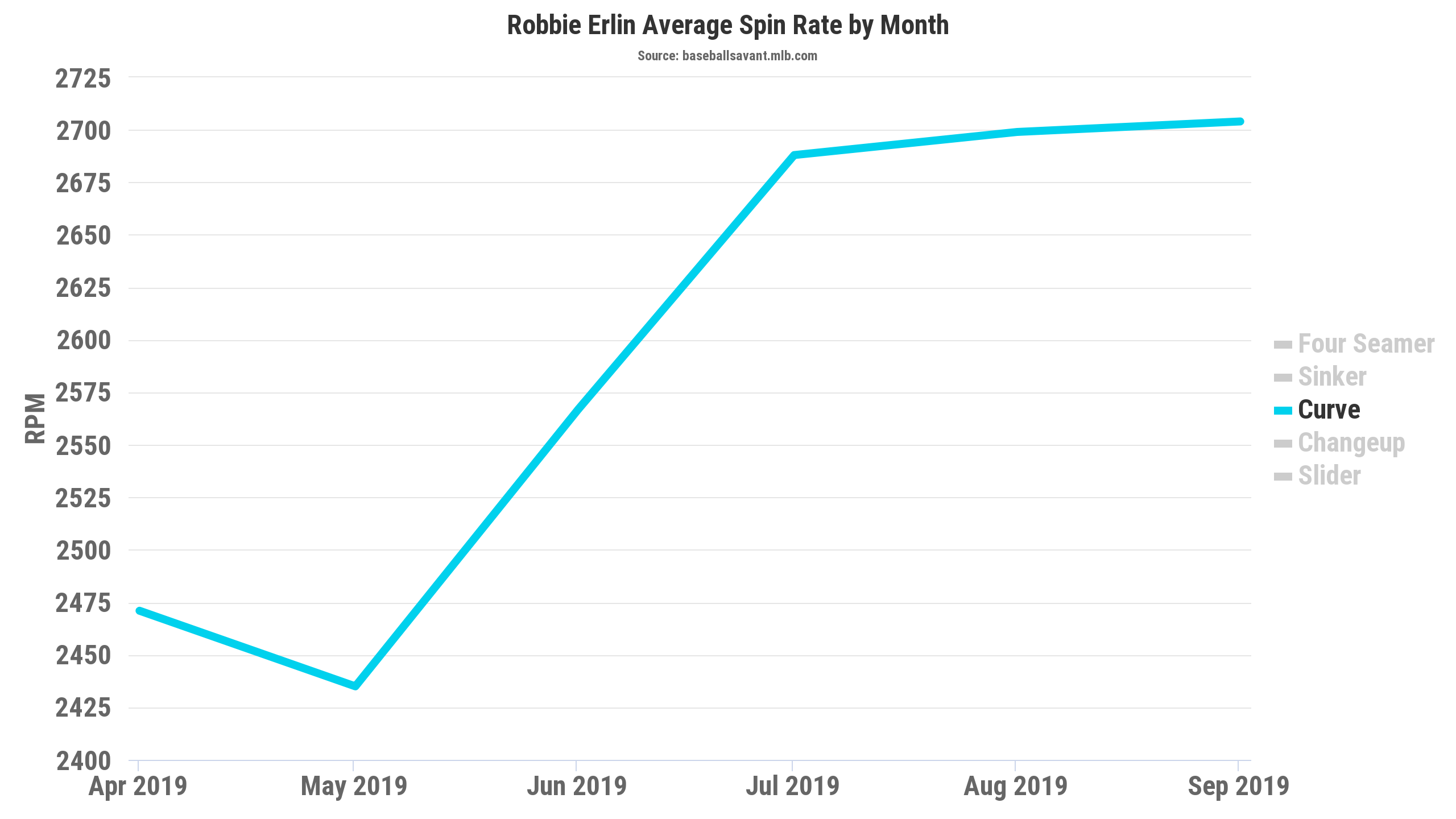 Erlin is eligible for free agency after the 2020 season. He spent the first six years of his major-league career with the Padres.