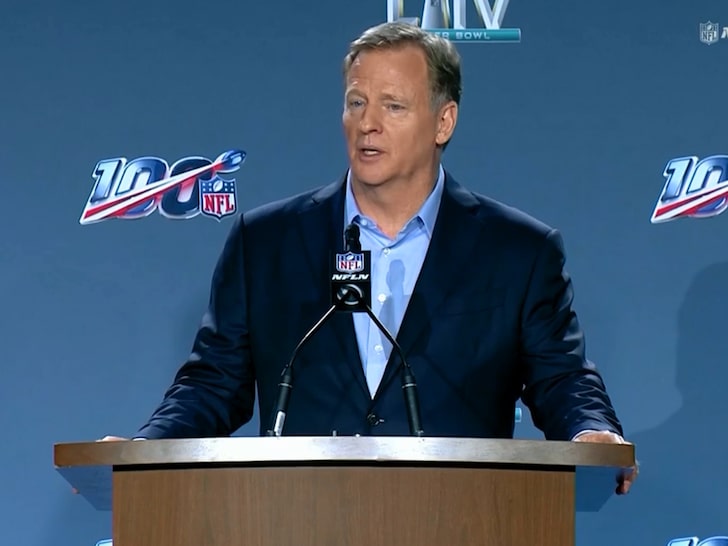 MIAMI -- With every latest step in Antonio Brown's downward spiral since demanding a trade from the Steelers last year, it has become more and more apparent the star receiver is having issues that are beyond football.

Goodell was asked about Brown at his state of the NFL press conference Wednesday afternoon here in Miami, the site of this year's Super Bowl, and the commissioner expressed concern.

"The first thing always is to think about the well-being of Antonio, to understand what Antonio is going through," Goodell said. "We don't talk about the wellness of our players publicly, but I would tell you that you can be sure that the NFL and NFLPA have tremendous amounts of resources available to all players. They are going to be made available to Antonio."

Brown was recently arrested at his home in nearby Hollywood, Fla., on charges felony burglary with battery, burglary of an unoccupied conveyance and criminal mischief for an incident Jan. 21 with a moving van driver who was delivering some things to Brown's house. The driver claims that Brown and his trainer, Tony Holt, assaulted him after the driver refused to unload the articles until he was paid.

Brown was released on $100,000 bond and ordered to wear an ankle GPS monitor and placed on house arrest. That order was rescinded so that he could fulfill contractual duties. But the judge also ordered Brown to submit to mental health and drug testing.

Goodell feels the league and the NFLPA can help.

"We want to help get him on the right track, get him in a position, in the zone where he can be successful in life. We are confident that can happen," Goodell said. "We want to work hard to do that. From our standpoint, that is the first step. The first step is making sure that we're doing everything to help Antonio."

Brown has been out of football since he was released by the Patriots soon after appearing in his only game in the 2019 season, that coming Sept. 15 here in Miami against the Dolphins. His release came after a former trainer accused Brown of sexually assaulting her on multiple occasions in a civil suit. Brown denied the charges and the league has been investigating the issue.

Brown did receive one workout in December with the playoff-bound Saints, who chose not to sign him.

He was traded by the Steelers to the Raiders last March after being benched in the team's regular season finale against the Bengals after he skipped the team's practices in the week leading up to that game. He then orchestrated his release by the Raiders during training camp after a series of incidents with the team.

While out of the league, Brown has continually lashed out at Goodell, the NFL and members of his former teams.