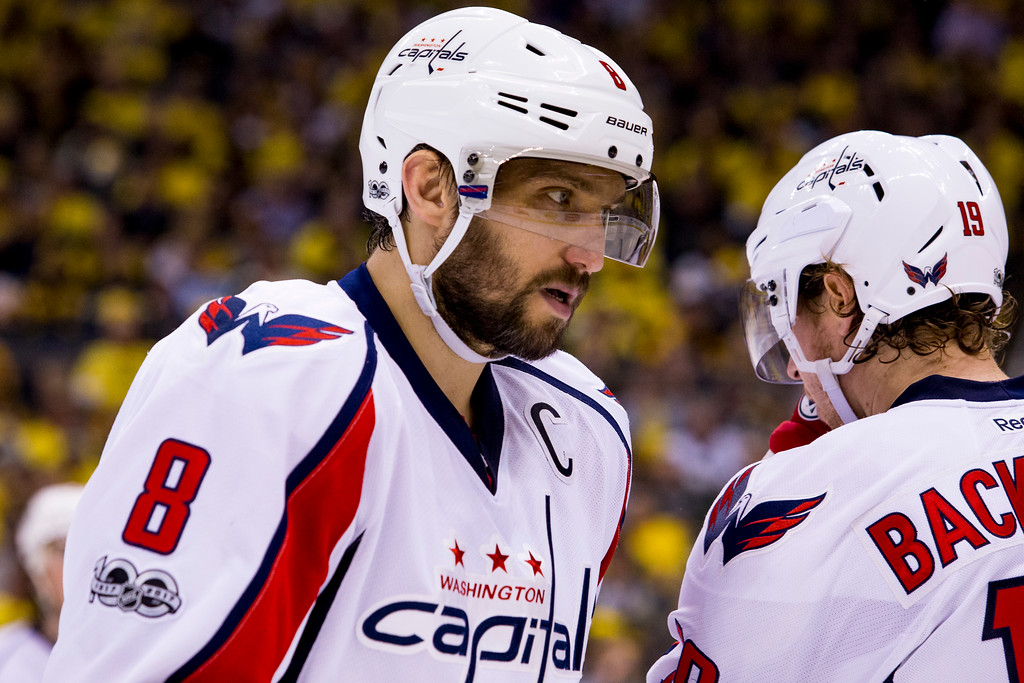 CRANBERRY, Pa. -- The statistics say that Alex Ovechkin is the No. 8 goal-scorer ever to play in the NHL.

Matt Murray knows the numbers, but that doesn't mean he's ready to accept them at face value. Mostly because he doesn't believe they accurately reflect Ovechkin's place in league history. Ovechkin, he said after the Penguins' practice Saturday, "is the best goal-scorer this game has ever seen."

No asterisks. No apologies.

Just the unvarnished assessment of a guy who might well have to face Ovechkin when the Penguins play Washington Sunday at 12:38 at Capital One Arena.

"I've seen him," Murray said. "I know how hard he is to stop, just how much of an anomaly he is, compared to everybody else ... And that's saying a lot, because there are some really great shooters in this league. He's just on his own level."

Indeed, of all the elite offensive talents in today's NHL, only one has 695 goals in 1,135 career regular-season games.

Ovechkin, who has scored 35 of those in 56 games against the Penguins, needs just three more to become the second player in NHL history to rack up 11 seasons with 40 or more goals; the first was a moderately well-known center named Wayne Gretzky, who had 12.

Gretzky is the league's all-time goal-scoring leader, with 894. And while there's no assurance that Ovechkin will overtake him at some point, it certainly can't be ruled out. Not when, at age 34, there's no indication that Ovechkin's production will decline anytime soon.

Doubters need only consider that he has 11 -- yes, eleven -- goals in Washington's past five games, including two in a victory at Ottawa Friday night, when he overtook Mark Messier for eighth place on the all-time list.

"I think that every night, he's passing somebody," Murray said. "There's a reason for that."

Ovechkin probably is best-known for his knack of getting goals from the left circle during power plays, but the reality is that he's capable of scoring from almost anywhere in the attacking zone, at almost any time of the game.

"You just have to be always aware of where he is," Murray said.

And there is not one quality on which opponents can focus in an effort to do damage-control against him. Yes, he can launch pucks at high velocity, but he also has en exceptionally quick release. And while his slap shot rivals almost any in the league, Ovechkin's wrist shot is no less lethal.

"Every shot he takes is a dangerous one," Kris Letang said.

Because Ovechkin is a left winger, Letang, who plays right defense, figures to be matched against him anytime the two are on the ice, which probably will be pretty often Sunday. Predictably, he recognizes the challenges that will present.

"He's one of those special players who, it doesn't matter how you want to cover him, he's going to find a way to be successful," Letang said.

Ovechkin's skills are complemented by his size (6 foot 3, 235 pounds), which allows him to routinely bull past opponents intent on containing him.

"He's got a big frame," Letang said. "He's tough to move when you battle with him, one-on-one."

Because of that, getting the best of Ovechkin -- or at least breaking even with him -- can be pretty satisfying. 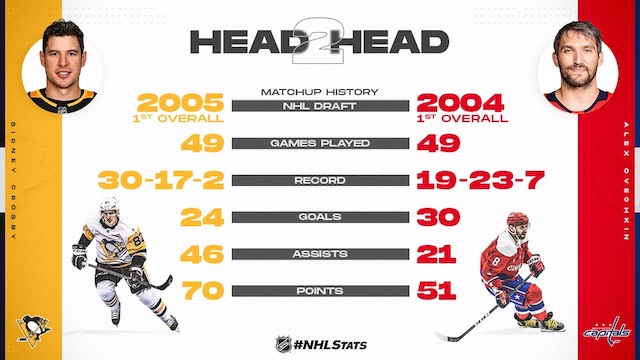 That's probably the same way the Penguins feel about facing Washington, which is one of their top rivals and the team they trail by six points in the fight for first place in the Metropolitan Division.

Sunday's game will be the first of four between the Penguins and Capitals over the next couple of months. How those turn out figures to have a major impact on the final standings in the Metropolitan.

"They're all critical now," Crosby said. "Every point is important."

Which is why trying to neutralize one of the best goal-scorers in NHL history will remain a top priority for Crosby and his teammates.