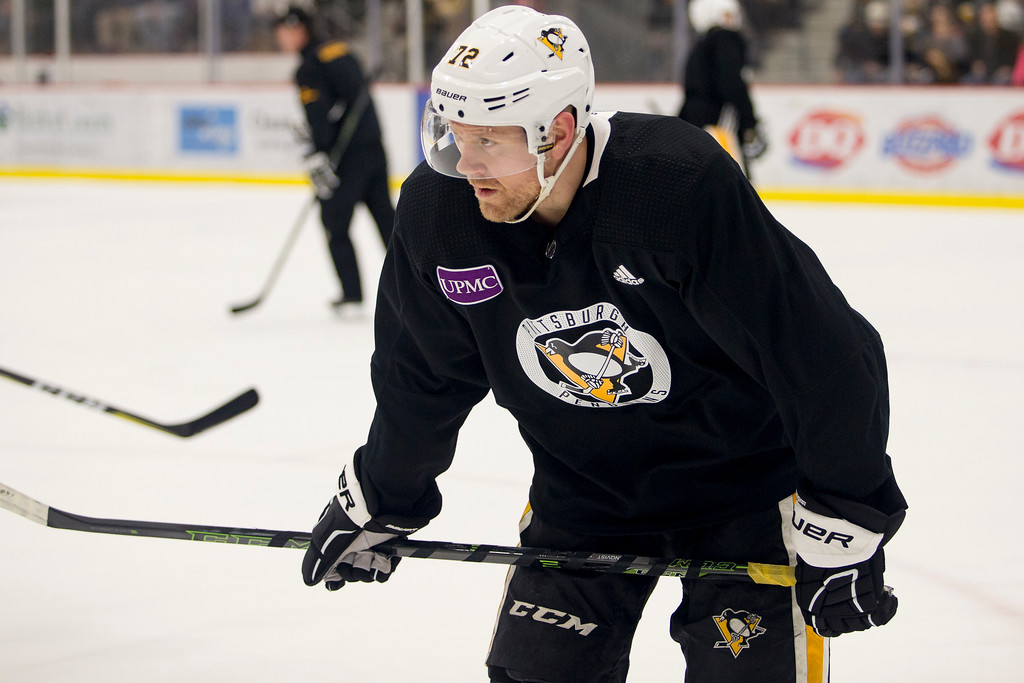 CRANBERRY, Pa. -- Patric Hornqvist was absent from the Penguins' practice at the Lemieux Complex on Saturday afternoon, but there's no need to be concerned.

Mike Sullivan said after practice that Hornqvist was at the dentist getting a tooth fixed.

In Hornqvist's absence, Zach Aston-Reese filled in in Hornqvist's usual spot in front of the net on the power play. There were no line rushes in practice, so nobody needed to step in for him there.

• It was a very brief practice at about 20 minutes. No line rushes, just some drills using stray sticks on the ice as obstacles, and some power play work. The team left to fly to Washington shortly after practice.

• Brian Dumoulin sat on the bench in workout clothes and watched practice.

• Dominik Kahun and Nick Bjugstad were in the building but didn't practice. Sullivan was asked after practice if they will make the road trip, and he didn't give a definite answer.

"We will make those decisions depending on what their needs are from a rehab standpoint," he said.

• Players have two sets of equipment. The game rink set from last night was packed up last night for the road trip. So, players used their second set for practice, and when they left the rink for practice, the practice set was left in their stalls. Anthony Angello's stall, however, was completely empty. I was told after practice that Sam Lafferty is being recalled.

• Letang and Simon were play fighting at the end of practice, just wrestling around and laughing the whole time.

• Crosby said the Chiefs are winning the Super Bowl, and that it probably won't be a high-scoring game.

"I like the way they play," he said. "It's fun to watch their offense work."