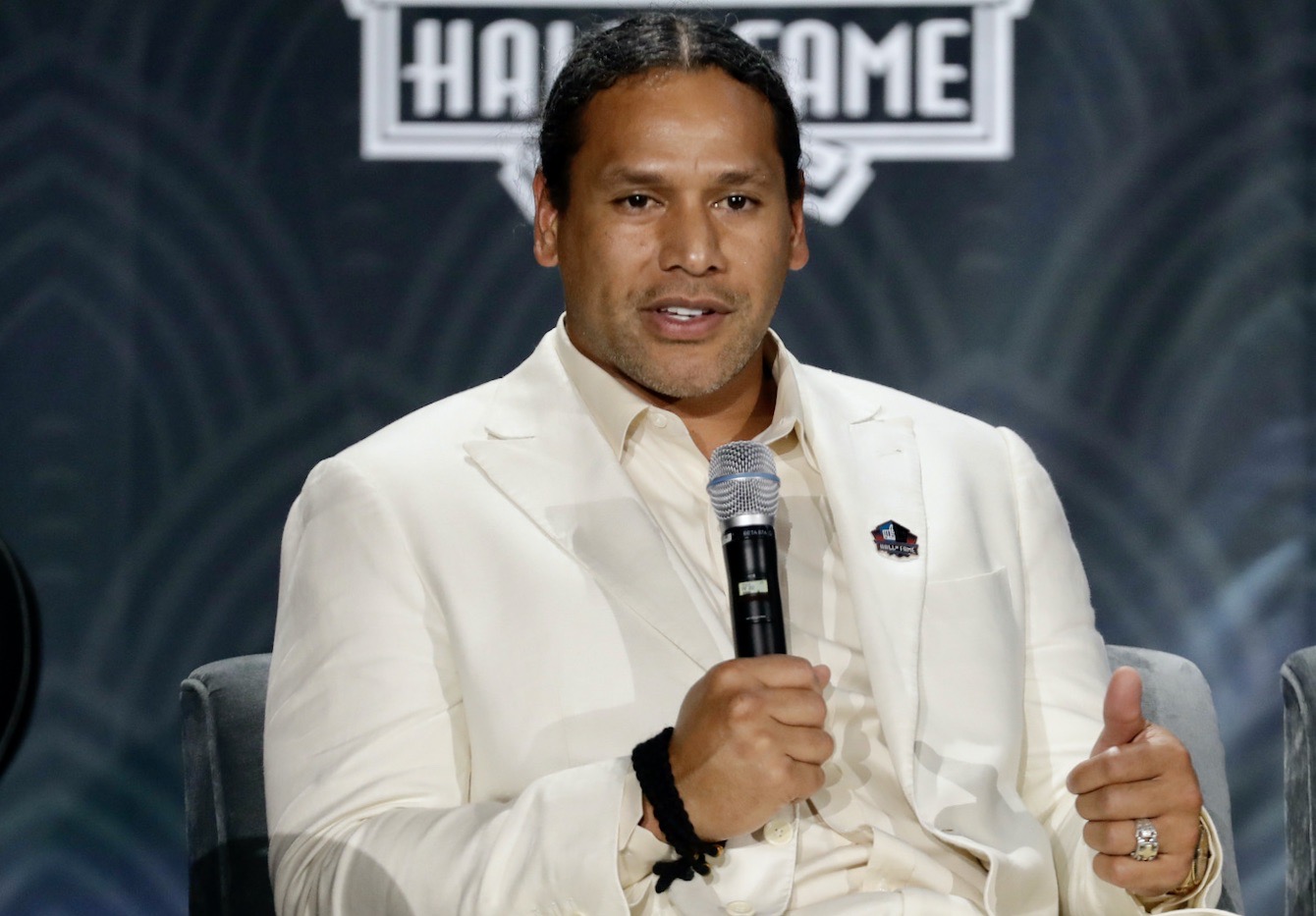 MIAMI -- Since abruptly announcing his retirement following the Steelers' 2014 season, Troy Polamalu hasn't made himself a regular at team events.

In fact, he hasn't been around at all.

Polamalu, who was elected to the Pro Football Hall of Fame on Saturday in his first year of eligibility, said that has been by design, not out of any spite he feels about how his career ended.

"One thing that I always felt the need to do because this game has a tendency to take players and players truly become dependent on the NFL, one of the things that was important to me was that I didn’t want to identify myself as a football player," Polamalu told me Saturday night. "If I lost the game that I would lose my identity. Part of that was just letting go and moving on to the next phase of life. So, as soon as I was done with football, I was like, ‘I’ve got to go and get educated.' But I knew I was going to have issues that I hear about with the transition. I got in a tech company, a startup football league, because it was all a good education.

"It was part of just a growing period for me, a maturity process for me that I really just had to draw a line. What I didn’t want to do was to always have to come back, and be like, ‘OK, I feel like myself again. Finally, I’m at home again.’ So, yeah. That was it."

The other thing he didn't enjoy was when he was named a team captain in what would be his final season.

Polamalu had always been a leader, but in his own fashion. Now, he was being asked to be a vocal captain, as well. That played a role in his retirement, though there also was speculation at the time the Steelers weren't sold on bringing him back.

"The 12th year for me was a really rough year," Polamalu told me. "I really felt the burden of what a team captain had to do. What it felt like at the time was that the culture was shifting so badly. I had to really step outside of myself to say, ‘Guys, this sucks. Our attitude sucks. People are selfish. We need to change this.’

"What was really hard for me was that I’d had James Farrior, Hines (Ward), holding me accountable to upholding the tradition that goes all the way back to Joe Greene. The Steelers' locker room is built a certain way. There’s a direct correlation to the blue-collar mentality and the city of Pittsburgh. Trying to really maintain that through a cultural shift in, you know, modern times, was really tough. It made football really not fun. It was like, 'I’ve got to parent this, and I’ve got to play football.'"

Perhaps not coincidentally, 2014 was the season the Steelers shifted their emphasis on being a strong defensive team to one centered on offense. From Polamalu's first season in 2003 through 2013, they had been ranked in the NFL's top 10 in scoring defense seven times, leading the league four times. They also ranked in the top 10 in fewest yards allowed 10 times, leading the league five times.

But the Antonio Brown, Le'Veon Bell, Martavis Bryant explosive offense emerged in 2014. And Polamalu saw a change in some of the attitudes within the locker room.

He also thinks he has seen a shift in the team's focus now that those players are all gone.

"I think so," he told me. "Given the way the defense stepped up later in the season. Given the way they won close games. I think that was a big knock on the leadership in the locker room. It will be exciting to see once everyone gets healthy, to see how that can carry on. That, to me, is everything.

"I thought they lacked some things, when they first came in, my first interaction with some of my teammates was not good. I knew why they were not winning Super Bowls. That is what I was thinking internally. So, yeah, that culture has shifted."

And he's happy to see it. Polamalu remains proud to have been a member of the Steelers. He didn't like what he was seeing -- or hearing -- when he paid attention to such things.

"There is without a doubt a standard that has been made traditional in that locker room," he said. "I think it’s really unfortunate the things we’d been dealing with recently, the things coming from that locker room. That’s definitely not the Steelers. That’s a lot of other NFL organizations."

Now that he's headed to Canton, he should be around at least a little bit more, though it still might not be enough for some. The Steelers had discussed placing him in its Hall of Honor last season, but couldn't work out some of the logistics with Polamalu and his family.

But he's a Hall of Fame player now, meaning his spot in that group is assured.

It will be yet another honor for him to share with his family. His two sons, Paisios and Ephraim, were a constant around the Steelers' locker room and at training camp when they were little.

Now young men, the two are starting to realize that dad was pretty cool.

"They were very young. That’s what’s nice, as my oldest son is starting to get into video games and Madden (football) games, he’s starting to see me," Polamalu said. "All of the players on his team are none of the newer players because we don’t really watch the games. He’s like, ‘Oh yeah, Steve Atwater. He’s good.’ Or so and so. They’re all old-school players who I played with. They’re definitely soaking it all in."