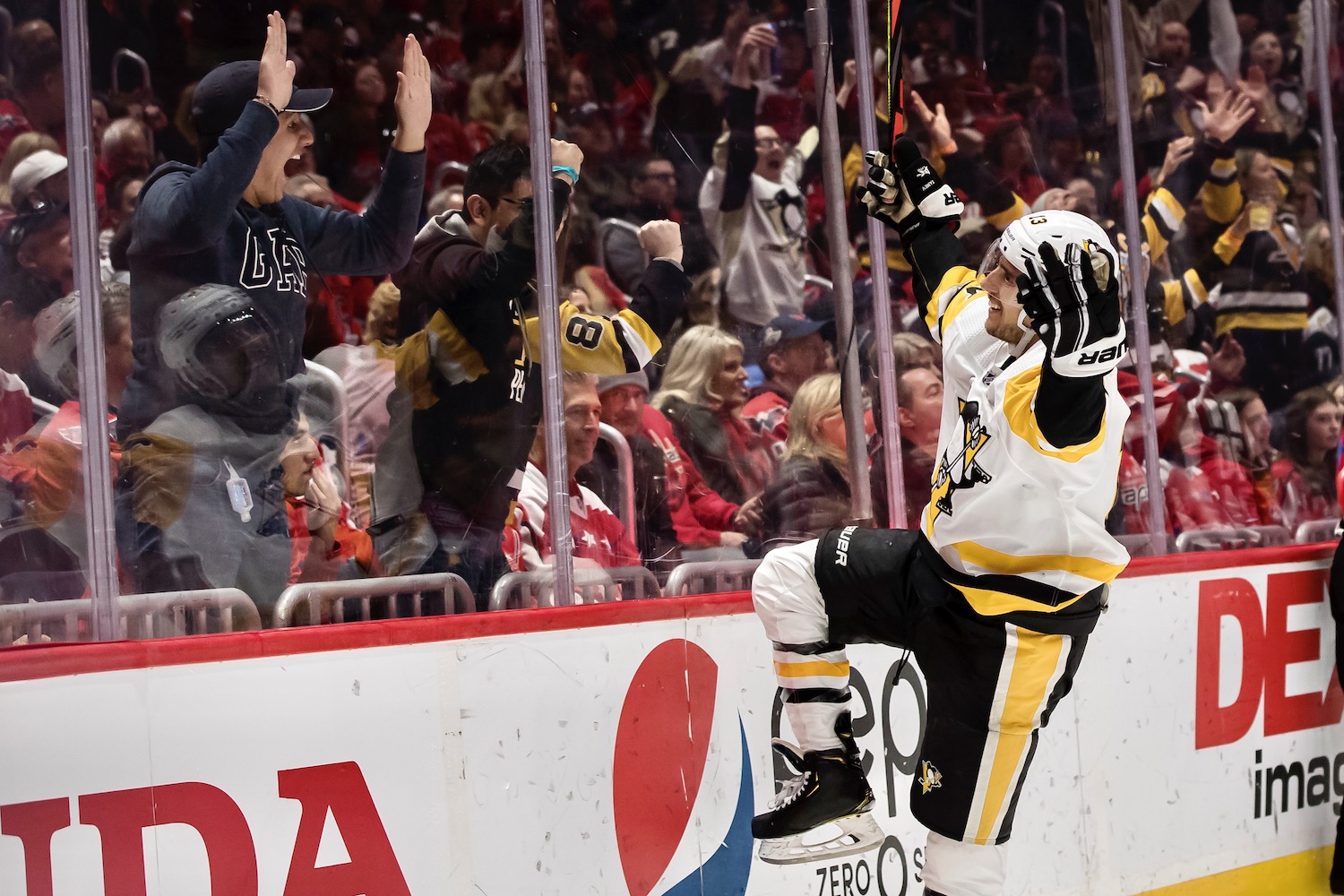 BRANDON, Fla. -- The Penguins thought they had a pretty good idea of what they were seeking when they signed Brandon Tanev as a free agent last summer.

They figured he could give the lineup an infusion of speed, and he has.

They thought he'd add a physical element to their bottom-six, which he has done.

They felt he would be an effective penalty-killer, and he's embraced that role.

What they didn't anticipate -- and with good reason -- was that Tanev would be a fairly consistent goal-scorer. After all, he had gotten just 24 in 195 career games in Winnipeg, an average of one every 8.13 games.

And they certainly didn't have any reason to count on him to score more than an occasional goal of real consequence, considering that only two of those 24 with the Jets had been game-winners.

Which means that it might be time to re-think precisely what they can expect from Tanev.

He has, after all, scored 11 goals in the first 52 games -- an average of one every 4.7 games -- and no fewer than four of those have been game-winners, including the one that provided the Penguins' margin of victory in their 4-3 decision at Washington Sunday:

That means Tanev is tied with Jake Guentzel, Evgeni Malkin, Bryan Rust and Jared McCann for the team lead in game-winners, which is a stat that's pretty tough to overlook.

Unless, it seems, you are Brandon Tanev, since he professed to be unaware of it.

"You don't really pay attention to that," he said after the Penguins' hour-long practice at the Ice Sports Forum here today. "You get fortunate bounces sometimes. ... Nobody pays too much attention to those personal accolades. It's all about the team game."

While the wisdom of giving him a six-year contract won't be clear for several more years, it's safe to say that the Penguins are pleased with the early return on their investment.

The Penguins clearly -- and justifiably -- are pleased to have Tanev on the payroll, and he insists that he has no reason to second-guess his decision to sign with them.

"It's been a great fit, and the right fit for me," Tanev said. "Everyone's been great in the organization, and we've been playing great. It's a fun group of guys."

• Rust was the only healthy player who did not participate in the practice, although he did ride a workout bike while his teammates were on the ice. Sullivan said Rust was given a "maintenance day." Alex Galchenyuk took his place on a line with Malkin and Patric Hornqvist during drills.

• Aston-Reese has five goals and seven assists in 52 games, but Sullivan said he's capable of putting up bigger numbers. "I think there's another level of offense to his game," he said. "Hopefully, we can continue to work with him to try to get him to another level, offensively, because I think he's real capable."

• The Penguins have a scheduled day off Tuesday.

Share
Tweet
Email
Drive to the Net: Lafferty back to basics
USA Today predicts Pirates will lose over 100