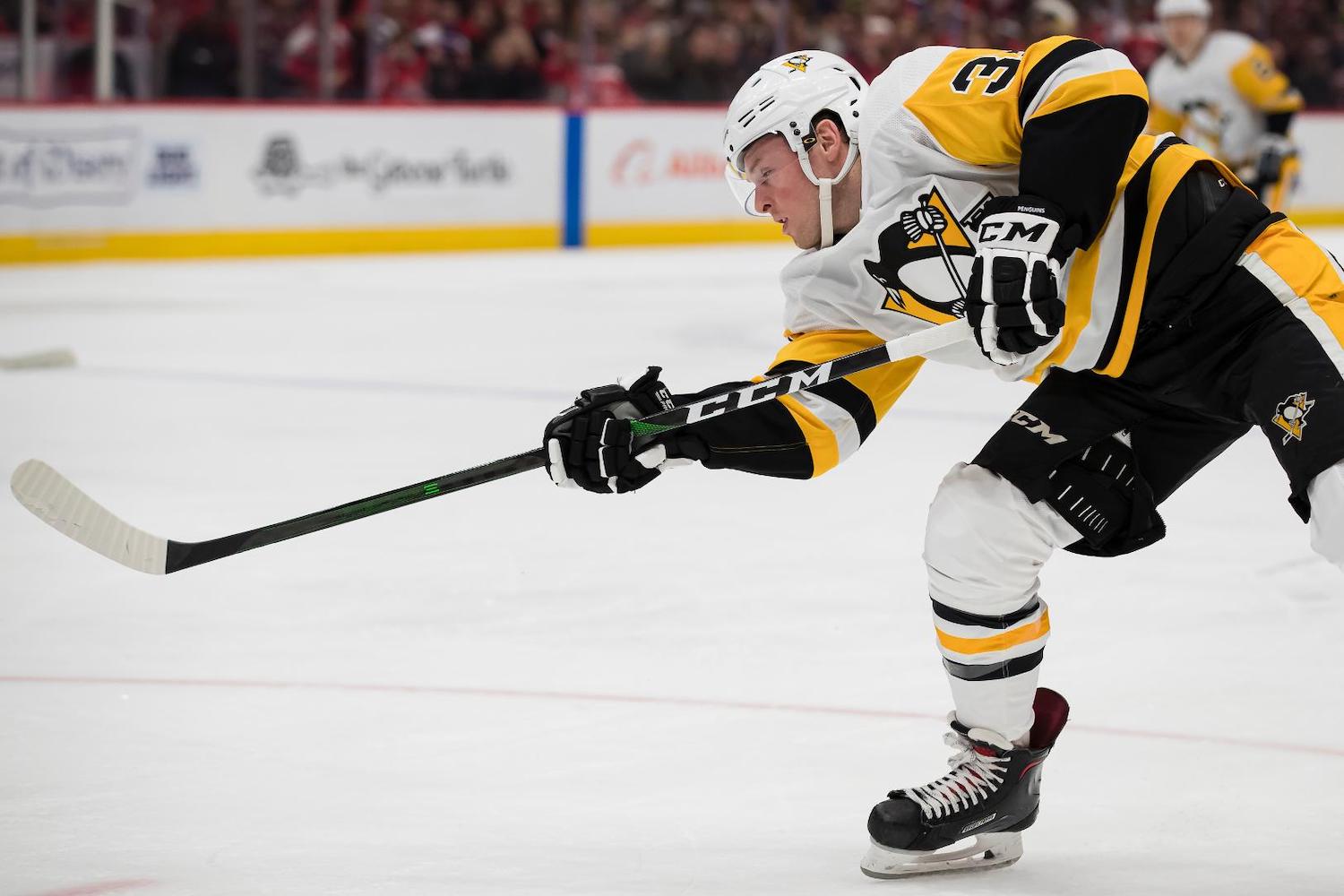 WASHINGTON -- Sam Lafferty scored his first NHL goal since Nov. 30 in Sunday's 4-3 win over the Capitals.

After Alex Galchenyuk forced a turnover in the neutral zone, Lafferty picked up the loose puck and carried it up the left side of the ice before firing a wrist shot past Ilya Samsonov:

"It was just a good turnover and a good play by Chucky there," Lafferty said after the win. "Their D was pretty far back because he wasn't really anticipating it. I was able to have some room to shoot and just let one go. ... It was just a nice play overall by our line on the forecheck there, created the chance. It felt great, it's nice to contribute and great to get the win."

It was Lafferty's first goal in 17 games, and his first point in 16 games.

"I think no one really puts too much emphasis on (the goal-scoring) for me right now," he said. "I think it's just about playing the right way and getting back to the basics, what makes me tick as a player. I think those are the most important things."

Lafferty now has five goals in 37 games. As he said, that's not something that needs to be "emphasized" in his game. He can still "play the right way" and not score.

Over the last month, Lafferty struggled to get playing time after Sidney Crosby returned to the lineup. At the All-Star break, the Penguins sent Lafferty down to Wilkes-Barre for three games, where he was able to rack up big minutes on the top line, and scored twice. The experience was good for his confidence.

"It's been all over the place the last couple of weeks," Lafferty said of the experience. "But I've been fortunate enough to play a lot of hockey at the same time. I feel like my game is in a better spot for it, and I'm looking forward to the rest of the road trip."

At five-on-five against the Capitals, the Penguins allowed way more shot attempts (60) than they attempted (26) at five-on-five. Lafferty and his line didn't see as severe as a deficit though. When Lafferty was on the ice, the ratio of shots attempted vs. allowed was 6.21 percent better than when he was not on the ice. Narrowing that down to actual shots on goal, the ratio of shots taken vs. allowed was 15.07 percent better when Lafferty was on the ice. That's despite having zero offensive zone starts in the game.

That goal was a big way for Lafferty to step up and a nice reward after what he's been through over the last month, but it's that strong two-way game that's going to keep him in the lineup.

Share
Tweet
Email
Steelers won’t face Jaguars in London
Sullivan: Tanev is ‘the guy we thought we were getting, and then some’