RICHMOND, Va. -- It’s February, Black History Month, and thus the perfect time of year to reflect on the accomplishments of Pittsburgh’s own Chuck Cooper, who integrated professional basketball in 1950.

Cooper was the consummate team player at Duquesne and in the pros, always careful not to flash too many offensive skills, lest he steal the spotlight from the white players with whom he shared the court and upset the unenlightened spectators of the day. Unsurprisingly, he endured his share of race-based hostility, perhaps never more so than when in 1946 the University of Tennessee refused to play Duquesne if Cooper would be in the lineup. Coach Chick Davies stood with Cooper, and would not concede, and Tennessee canceled the game.

Cooper’s talents were great enough to overcome this ugly obstacle, and he was drafted by the Celtics after a brief stint with the Harlem Globetrotters. He had company in the NBA during his first year, as fellow black players Nat Clifton and Earl Lloyd also joined teams that season, but still faced racist taunting from fans and the brutal realities of institutionalized segregation. He played in the NBA for six seasons, first in Boston, then for the Milwaukee Hawks and Fort Wayne Pistons. 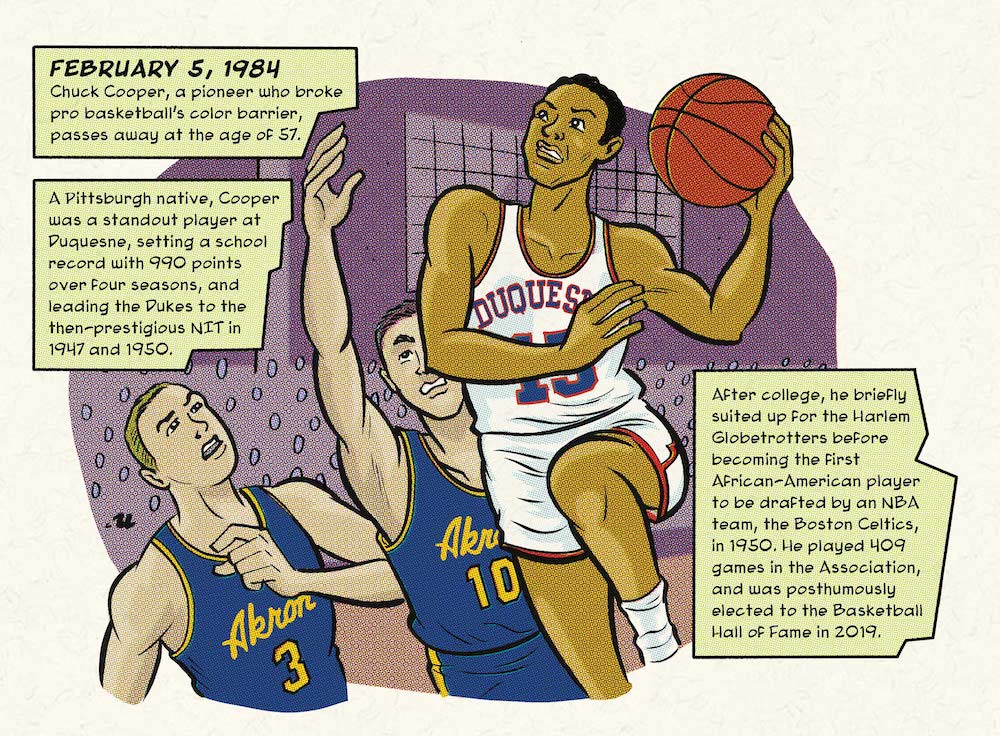