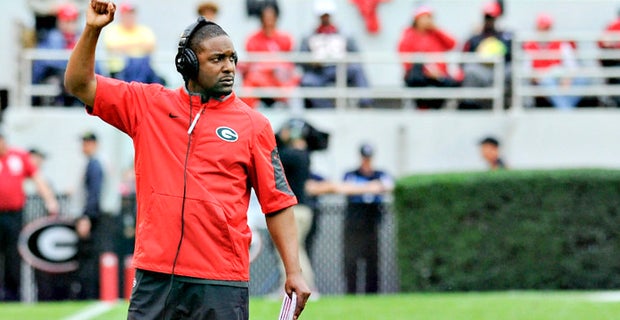 McClendon will replace interim wide receivers coach Ray Sherman. Sherman, who had been retired, took over coaching duties for the Steelers wide receivers after coach Darryl Drake died suddenly at the team's training camp at Saint Vincent College in August.

So to recap...the three assistants expected to leave Carolina are all taking solid jobs.

Bryan McClendon gets a crack at the NFL with the Steelers.

Same with Thomas Brown in LA.

John Scott gets a $200k raise AND a multi-year contract at Penn State.

All hard to turn down.

McClendon, 36, has been with the Gamecocks the past four years after previously coaching at Georgia.

A former star receiver at Georgia, McClendon spent one season playing for Drake in his only season in the NFL with the Bears in 2006.

McClendon became a graduate assistant at Georgia after his pro career ended, working his way up through the program. He also coached the team's running backs and wide receivers before becoming assistant head coach in 2015. McClendon served as interim head coach of the Bulldogs when Mark Richt left at the end of the 2015 season.

He went to South Carolina in 2016 as wide receivers coach, eventually moving up to offensive coordinator in 2018. But McClendon was relieved of those duties at the end of last season as the Gamecocks struggled through an injury-riddled season.

McClendon was considered an ace recruiter and was instrumental in the development of star receiver Deebo Samuel, now with the 49ers. As running backs coach at Georgia, he worked directly with Todd Gurley, Nick Chubb and Isaiah Crowell.

Another of his wide receivers, Bryan Edwards, is considered a draftable prospect this year after catching 234 career passes at South Carolina, including 71 in 2019.

With the Steelers, McLendon will head a young receivers room. JuJu Smith-Schuster is going into his fourth season, James Washington and Deon Cain will be heading into their third NFL seasons and Diontae Johnson his second.

McClendon joins quarterbacks coach Matt Canada as newcomers to Tomlin's staff with the Steelers. Canada was hired in January to assist offensive coordinator Randy Fichtner, who had handled both duties the past two seasons.