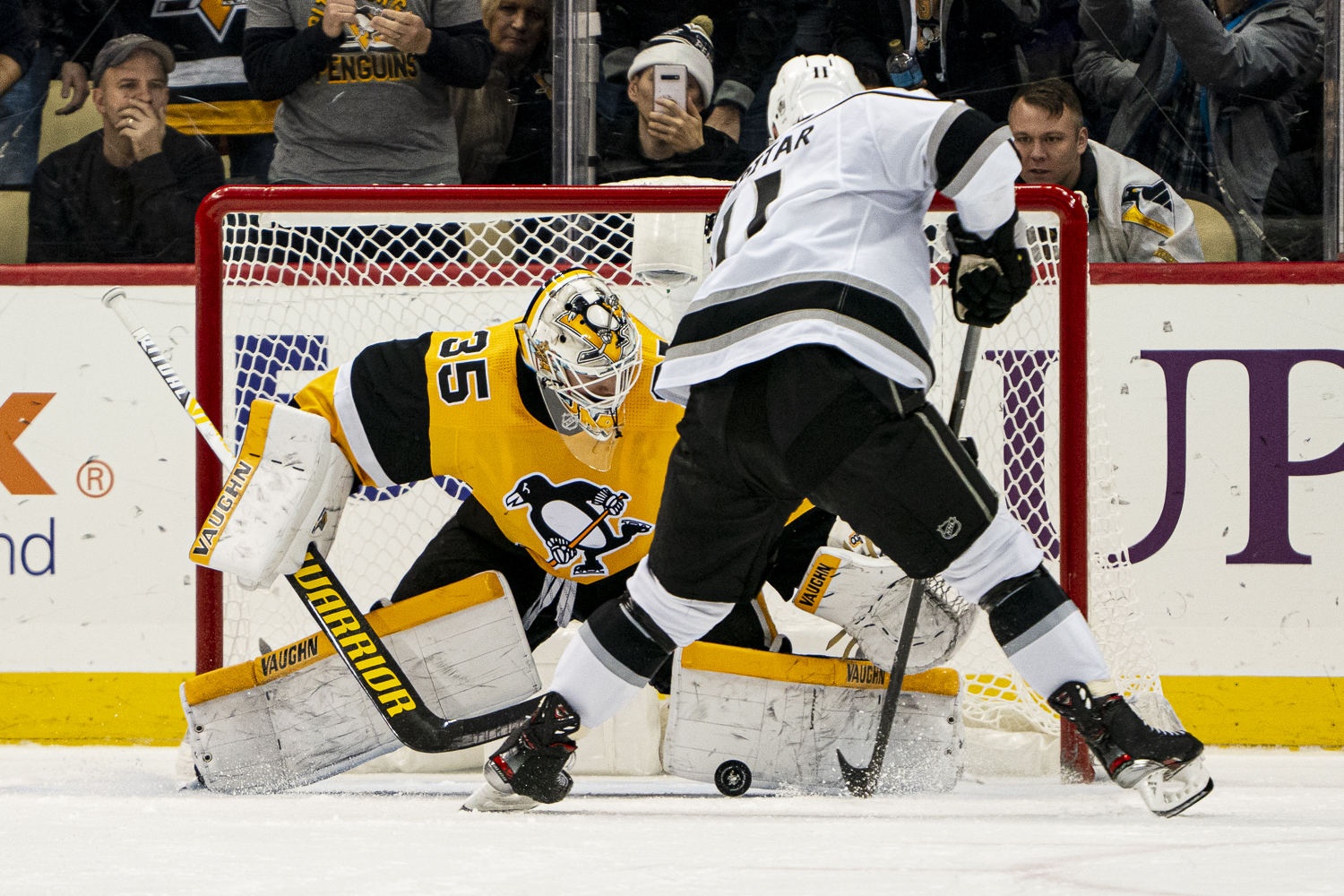 CRANBERRY, Pa. -- Shootouts can be a point of contention among fans. Is it a good way to decide the outcome of a game?

What do the players think of the shootout as a way to decide a game, though?

Brandon Tanev is a regular for the Penguins in overtimes, and has two overtime goals this season -- Oct. 16 against Colorado, and Jan. 4 in Montreal. If a game reaches a shootout though, he's probably not going to make an impact, since he's never taken a shootout attempt in the NHL.

"I think it's good for the regular season," he said of shootouts. "The playoffs it's nice not to be put in that situation to decide a game when things are a little more important. I think it's good for the game of hockey itself though, it gives it a little more excitement for the people watching. It's something guys have been good at for a little while, and it brings a different edge to the game which is nice."

Dominik Simon has only been in one shootout in the NHL, the eight-round shootout against the Coyotes this season. He was a regular in Wilkes-Barre/Scranton's shootout lineup, though.

"I think it's cool," Simon said of the shootout. "It's fun for the fans for sure. It's offensive, one-on-one. I don't mind it, it's a good concept. The OTs are very offensive too, so usually you don't get to them. If it does, then I don't mind it."

"There's always been a shootout since I've played," he said. "I've got nothing against it."

And for a goaltender?

"It doesn't matter to me," Tristan Jarry said with a smile.

The NHL has already tried to cut back on the number of shootouts. The move from five-on-five overtime to three-on-three was a step toward that, with the open ice leading to more goals.

The minor leagues are often a testing ground for rule changes -- the AHL tried three-on-three before the NHL adopted it. This year, the ECHL extended its three-on-three overtime from five minutes to seven, drastically cutting down the number of overtime games that made it to a shootout. Last season, 78 of 197 ECHL games that went to overtime lasted until a shootout, for a rate of 40 percent. As of Feb. 10 this season, 133 games have gone into overtime, and just 30 of those have gone into a shootout, down to just 22.6 percent of all overtime games reaching a shootout.

Adding just two extra minutes of three-on-three cut the number of shootouts down by nearly half.

In the NHL this season, there have been 200 overtime games as of Feb. 10, and 73 of those have gone into a shootout. That's a rate of 36.5 percent, comparable to the ECHL's rate of 40 percent before making the switch from a five-minute to a seven-minute overtime.

I think many people would agree that a shootout is better than ties or continuous overtime in the regular season. But what if the NHL adopted a similar rule change as the ECHL did, extending overtime by two minutes or so to cut back on shootouts?

"Seven sounds like a weird time," Simon laughed of the idea. "But I guess it depends. Some fans like it, some fans don't. Same with players. Some like the shootout more, some prefer OT."

Tanev, for one, sounds like he'd appreciate a little extra three-on-three time.

"I think anytime you get the chance to watch the best players in the world play three-on-three for a little bit longer, it would make things more exciting," he said. "You try things and see how it works out. I mean, either or, shootout or three-on-three, they're both very exciting. They're both good for the game."