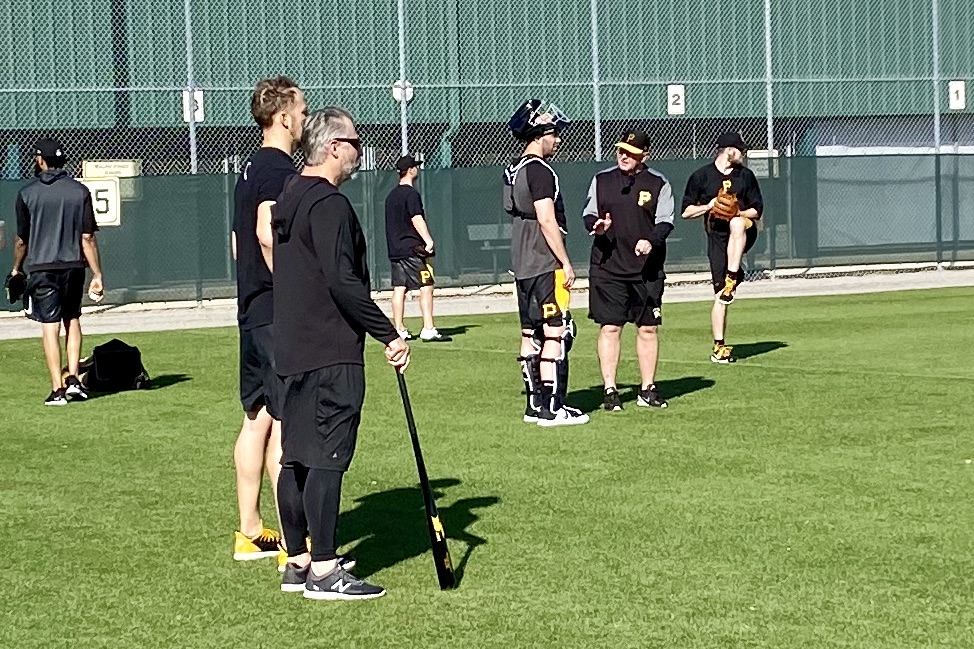 BRADENTON, Fla. -- The Pirates did not exactly have a lot of outfield depth before they traded Starling Marte to the Diamondbacks last month. Without him, they are down to the dregs.

At the moment, the Pirates' opening day outfield appears to be Gregory Polanco in right and then Bryan Reynolds and Guillermo Heredia in center and left, or vice-versa on the positioning. Even though Ben Cherington said Polanco is “at 100% right now from a basic health perspective” during PiratesFest, his injury history is a major concern.

There should be reinforcements coming. Cherington told DKPittsburghSports.com Monday that he expects to add another outfielder. He did not specify whether it was a center fielder or not, just an outfielder. He almost has to bring in another just because there are not a whole lot of options coming to camp this year

So far, the Pirates have invited three non-roster outfielders to camp: Free-agents Socrates Brito and Charlie Tilson, and minor-leaguer Jared Oliva, who played double-A in 2019 and is almost certainly starting the year in triple-A. Besides them, the 40-man roster only lists two more outfielders: Jason Martin and Kevin Kramer.

"Whatever the team needs," Kramer was telling me. "That's the way I'm approaching it."

Kramer is still an infielder, too. Working in the outfield just makes him more versatile and gives him a better chance of making the team.

"If I can get more comfortable in the outfield and have that in my tool belt, that's what's going to help me in the long run," Kramer said.

Before 2019, Kramer was solely an infielder — whether it was at the professional, college or high school level — but he started taking reps in the corner outfield positions midseason. He ended up playing 20 games in left and 10 in right for triple-A Indianapolis, and then an additional 14 games in the outfield with the Pirates down the stretch.

He was learning on the fly, so he tried to pick everybody's brain, including J.B. Shuck, Indianapolis manager Brian Esposito, Reynolds, Marte and even Martin, who is now his competition.

He peppered them with questions. Where are you going on this play? Where are you backing up? Where do you go on a double to the opposite gap?

"All the little things that make a big difference," Kramer described it.

Martin helped Kramer learn the ropes, but he wants the major-league job, too. While Kramer is more versatile, Martin is more experienced in the outfield and can play center, a major point in his favor.

"I just take it day by day," Martin was telling me about trying to make a good impression this spring. "Just try to go in and showcase what I could do and just let the rest take care of itself. I know I can play, so I've just got to go out there and do it. All that other stuff will take care of itself."

Both players were promoted midseason taking over for injured players and then called up again in September. If either does not win the opening day spot, they will almost certainly be in the same role for 2020.