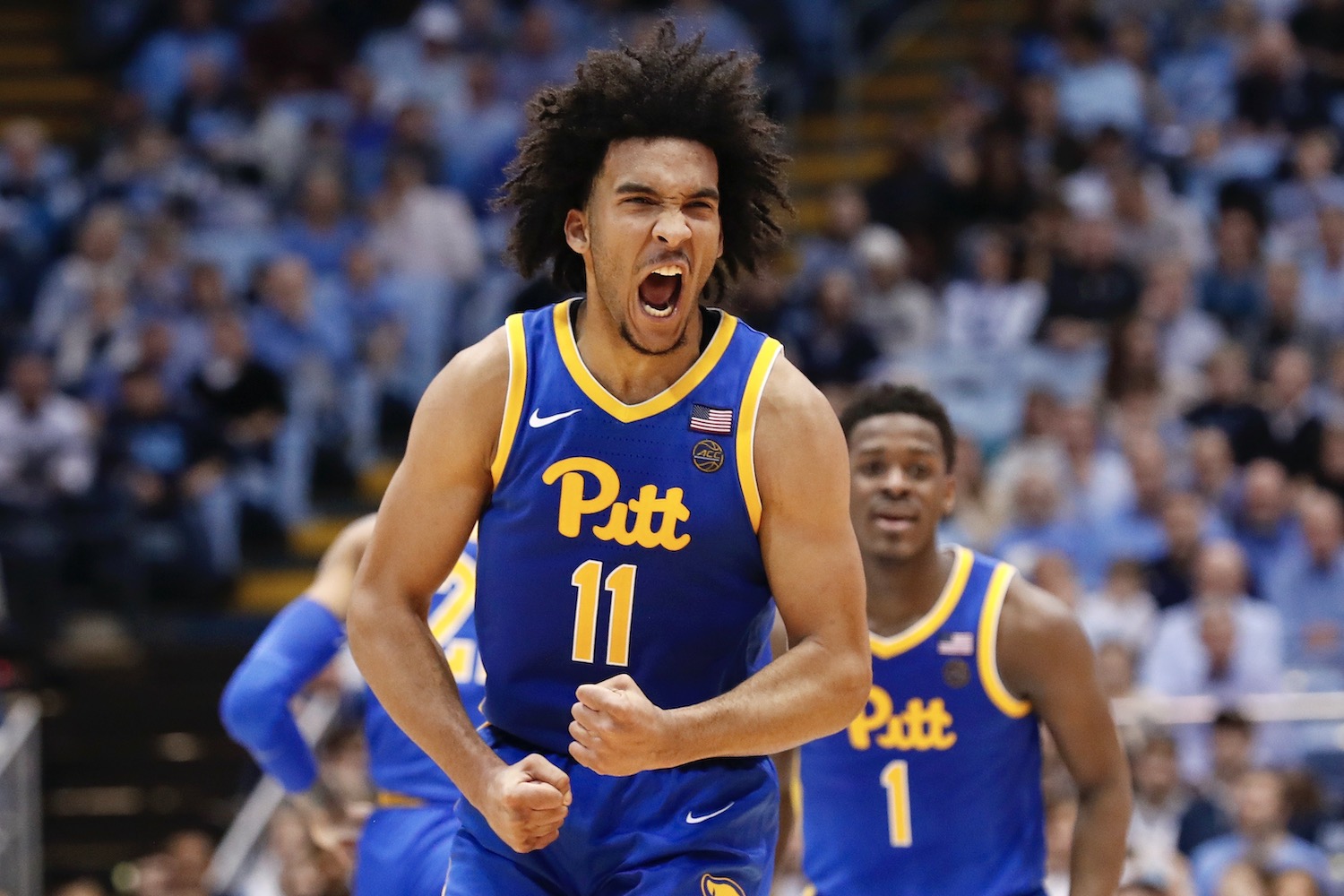 The 18-year-old forward is coming off a career-high 30-point game in Pitt's 73-64 win over Georgia Tech at Petersen Events Center, and now he's got a little hardware to show for it. On Tuesday, Champagnie was named National Freshman of the Week by CBS Sports/United States Basketball Writers Association (USBWA).

The distinction is deserved. Champagnie posted 20 points and 11 rebounds against Notre Dame in a road loss then turned around to put up 30 and nine rebounds in that victory over the Yellow Jackets. The one-two punch gave him an impressive 25-point, 10-rebound average over the week, and the voters took notice.

"Yeah, he's been better than I expected," Jeff Capel said of Champagnie after the team's win on Saturday.

Champagnie's teammate Trey McGowens — who enjoyed a stellar freshman season himself last year for these Panthers — agrees with his head coach on that front.

“I knew he could score and get rebounds, but I mean, a 30-point night, and he consistently puts up 20-point games — so, I mean, I didn’t really expect that,” McGowens said recently during a media availability at the Pete. “I was expecting like 15 here and there, maybe one or two 20- or 30-point games. But he’s starting to do it consistently, so that just shows how much work he’s putting in.”

Champagnie currently ranks second on the team with 12.6 points per game, just slightly behind McGowens' 12.9 clip. That figure also ranks fourth in the ACC among freshmen. He leads the team with 7.3 rebounds per game, more than two boards ahead of second-place Au'Diese Toney, who clocks in at 5.1 per contest. His 16 blocks on the year rank a distant second to Terrell Brown's 44.

Overall, Champagnie's play is certainly felt by this Pitt squad as a whole, which currently sits at 15-9 and 6-7 in conference play. For reference, the team went 14-19 overall and 3-15 in ACC action last year. The team is not only improving, but they're still in the hunt for an NCAA tournament berth in mid-February, a drastic improvement over recent years. While that's not all directly attributable to Champagnie, he's certainly not hurting the cause.

With this latest achievement, Champagnie becomes the first Panther since Tray Woodall to win a national weekly award. In February of 2012, Woodall was named the USBWA Oscar Robertson Player of the Week.