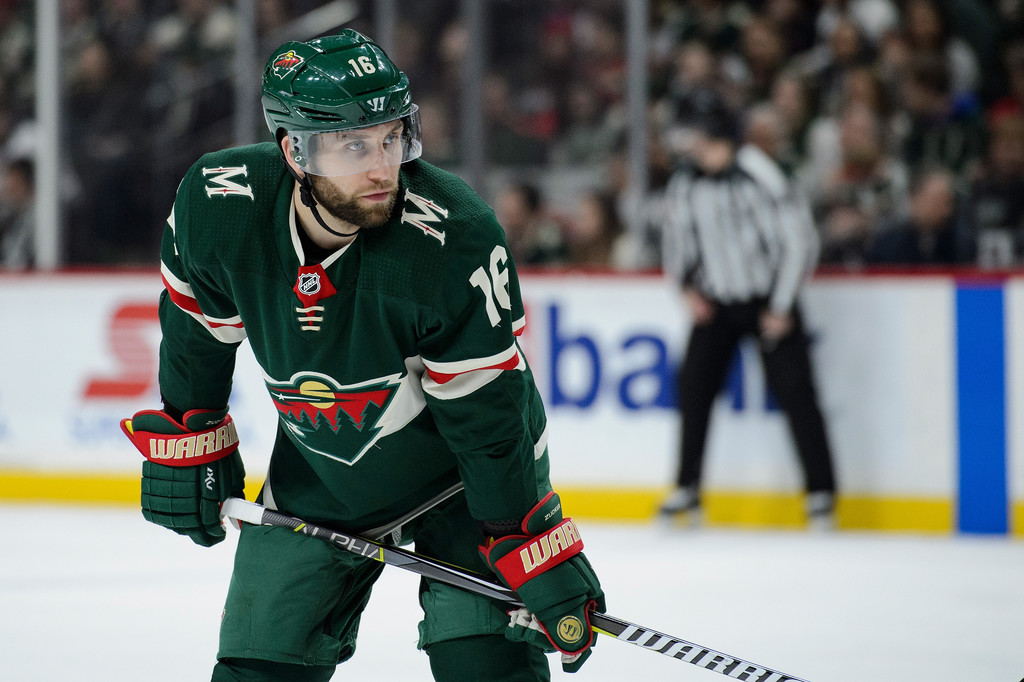 New Penguins winger Jason Zucker was on a flight out of Minnesota on Tuesday morning and is scheduled to arrive in Pittsburgh this afternoon.

He's expected to be available for the Penguins' game against the Lightning at PPG Paints Arena on Tuesday evening.

After cancelling Tuesday's game-day skate, Mike Sullivan met with reporters on Tuesday morning to discuss the Zucker trade and how he plans to utilize Zucker.

Beyond just fitting onto Crosby's wing, the Penguins targeted Zucker because they believe his style matches the identity with which the team is trying to play.

"When we're talking about adding players to the existing group, we always have the conversation around the style of play that we're trying to play, the identity of this team, and how a player can fit in and help us to play to that identity," Sullivan said. "When you look at a player like Jason and the attributes that he brings, we believe he can fit into that identity. He plays a speed game, he brings an offensive dimension, he's got a defensive conscience as well, he's a versatile player, he's a competitive guy."

Zucker played on the Wild's power play, and Sullivan said that he "for sure" believes Zucker will fit onto one of the Penguins' two power play units eventually, but that there will be a "feeling out process" as far as special teams go and that they'll introduce those concepts slowly.

"This is a guy that's a top-six forward that has really good offensive instincts and ability to score goals," Sullivan added.
"We're going to try to put him in positions to play to his strengths."

Share
Tweet
Email
Kovacevic: This time, Rutherford had his back to the wall
Stats ‘N’ At: Galchenyuk was Penguins’ LVP