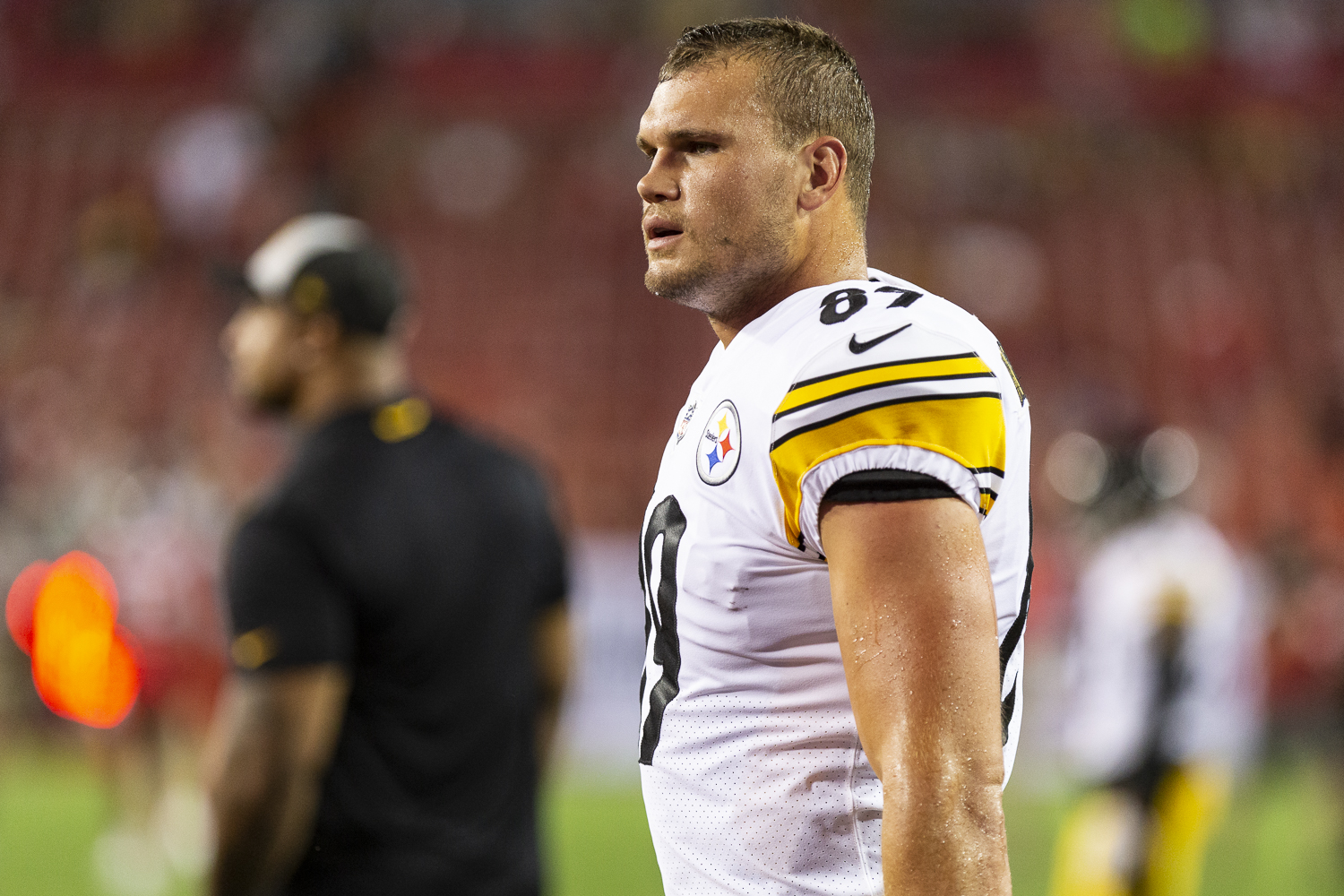 With the start of the new league year set to begin March 18, the Steelers are trying to formulate a plan for their offseason.

A big issue in that plan is how to handle Vance McDonald, something the Steelers are weighing now.

For a team that is set to enter the 2020 league year with an estimated $1.4 million in cap space, that might be too much money to pay to a player who had just 38 catches for 273 yards and three touchdowns.

But what are the Steelers' options with McDonald?

With backup tight end Nick Vannett headed for unrestricted free agency, if the Steelers were to decline the option on McDonald, it would leave them with Zach Gentry as the only experienced tight end on their roster. And to say Gentry is experienced is a stretch. The 2019 fifth-round draft pick appeared in four games last season, playing 49 total snaps.

Because of that uncertainty, they could choose to bite the bullet and pick up the option on McDonald, even at more than $7 million in 2020. Or, they could decline McDonald's option, make him a lesser offer and allow him to test free agency to see if there is something better for him out there.

The question is whether the Steelers feel the drop in McDonald's numbers in 2019 was because he is a player on the decline or if they were a factor of the team's instability at quarterback?

McDonald, who turns 30 in June, is in what are traditionally the peak years of play for tight ends. Per multiple studies, tight ends usually take a little longer to develop and have their peak years between the ages of 25 and 30. But it's also a position at which players can be effective well into their 30s.

McDonald's catch percentage in 2019 remained very close to what it was in 2018, when he caught 50 passes for 610 yards and four touchdowns. McDonald caught 69.4 percent of the passes thrown his way in that season, which was easily his career high, much like all of his other numbers.

Last season, McDonald caught 69.1 percent of the passes thrown his way, the second-best percentage of his career. The difference was that the depth of his targets was way down -- from 8.5 yards per average target to 5.0 -- creating a huge drop in his average yards per catch. He averaged 12.2 yards per catch in 2018. That dropped five full yards to 7.2 in 2019.

That is not something that is necessarily the fault of McDonald. He was a big part of the offense in 2018 with Ben Roethlisberger at quarterback. Not so much in 2019 with Mason Rudolph and Devlin Hodges taking most of the snaps.

There also is a general feeling that McDonald is a player who misses too many games. And while he has missed 25 games in his previous seven seasons -- an average of 3.5 per season -- just three of those have come in the past two seasons.

Sure, he's always on the injury report with something, but he seems to play his way through a lot of those issues.

Also at issue for the Steelers are some of the contracts signed by free agent tight ends in 2019.

Their own backup, Jesse James, was given a four-year, $22.5-million deal by the Lions. That was something of an outlier, but there were six tight ends last season who got deals that averaged more than $4 million per season in free agency.

One of those players, Jared Cook, is a true No. 1 tight end. The rest were all average players, including James.

The Steelers can create $5.5 million in salary cap space by declining the option on McDonald. But then they'll also need to replace him. And that won't be cheap.

The top available players are either washed up, such as 35-year-old Greg Olsen, or promise to be out of the price range of the Steelers, such as Hunter Henry, Austin Hooper or Eric Ebron. Spotrac.com estimates Henry will receive a contract that averages $8.9 million per year, while Ebron's estimated worth is $7.4 million. Hooper's estimated contract value eclipses both of those at $9.9 million per year.

Signing one of those players isn't a realistic option for the cash-strapped Steelers.

The Steelers could take a look at a second-tier option, such as Darren Fells of the Texans or Tyler Eifert of the Bengals, but both of those also come with issues.

Fells will turn 34 before next season and his 759 snaps played last season were easily his career high. Eifert, meanwhile, is just 29 but has missed 53 games in his seven years in the NFL, playing in all 16 in 2019 for the first time in his career.

Barring that, the Steelers will have to settle for a tight end-by-committee approach if they choose to part ways with McDonald, likely re-signing Vannett and adding a player at the position through the draft.

There's no easy answer here. I don't think McDonald is done, but the Steelers could certainly use the cap space not picking up his option would provide.

They would have to hope he would come back on a lesser deal or look elsewhere for a bargain.

And what they look for in their tight ends is a little different than most teams. They want a player who is an accomplished blocker as well as a receiver, which makes things a little more difficult.