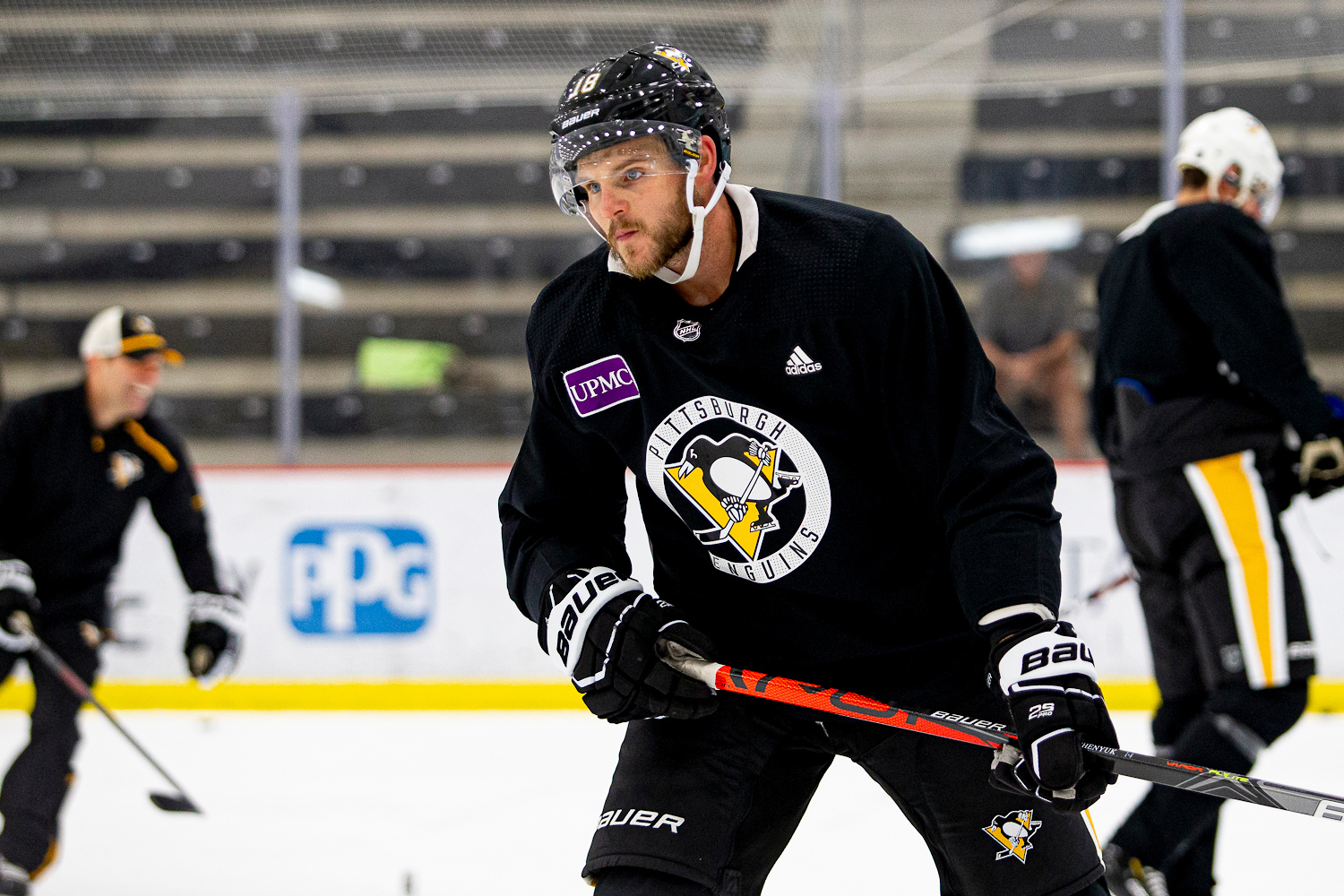 Jim Rutherford is on a transaction hot streak, from the shrewd moves he made during the offseason (trading a sixth-rounder for John Marino) to the swaps that he didn't make (keeping goalie Tristan Jarry amid a salary cap and roster crunch). But even a Hall of Fame GM with three Stanley Cups on his resume occasionally makes a dud of a trade.

Instead of returning to the offensive heights reached during his early NHL tenure, Alex Galchenyuk -- picked up from the Coyotes along with defense prospect Pierre-Olivier Joseph in exchange for Phil Kessel -- dragged down the Penguins' scoring attack while playing ineffective, disinterested defense. On a team that's largely dominating puck possession, the former third-overall pick in the NHL draft was arguably Pittsburgh's least valuable player.

But Rutherford is not one to stubbornly stand by his previous moves. When something isn't working, he acts. He did just that on Monday by shipping Galchenyuk, defensive prospect Calen Addison and a protected first-round pick to the Minnesota Wild for winger Jason Zucker (reportedly part of Rutherford's preferred trade package for Kessel last offseason, before Phil nixed the deal).

What made Galchenyuk such a poor fit in Pittsburgh?

Let's break down his LVP performance:

Galchenyuk flashed offensive upside in his teens and early twenties with the Montreal Canadiens, but he was barely visible with the Penguins. He has career lows in goals per game (0.11, 0.25 career average), assists (0.27, 0.34 career average) and points (0.38, 0.59 career average). With Galchenyuk on the ice, the Penguins generated -2.2 percent fewer shots on offense per 60 minutes of five-on-five play, -3.1 percent fewer scoring chances and -0.8 percent fewer goals compared to when he was on the bench, according to Natural Stat Trick. He's posting career worst rates in all three of those advanced categories.

The 26-year-old is rarely firing the puck on the net (a career-low 1.44 shots per game, compared to a 2.04 average during his NHL tenure). And when he does, Galchenyuk is taking lower-danger shots. During his career, Galchenyuk has taken 14 percent of his total shots from the areas on the ice that are directly in front of the neutral zone, according to the Icy Data website. This year, that rate of far-away shots has doubled to 28 percent. Why does that matter? Shots taken from that distance rarely turn into goals (just 20 percent of total NHL goals scored this year have come from just in front of the neutral zone). For a guy once considered a quality goal scorer, he has been a low-volume, low-value shooter in 2019-20.

Some players can get away with modest offensive production thanks to strong defensive play. Galchenyuk is not one of those players. He's an offense-first, offense-only player. And true to form, he has boosted the other team's offensive game this year. With Galchenyuk skating at even strength, the Penguins gave up 7.4 percent more shots per 60 minutes, four percent more scoring chances and two percent more goals compared to when he was on the bench.

With mediocre play on both sides of the puck, Galchenyuk has arguably been one of the league's worst players to regularly suit up this season. Of the 374 NHL forwards who have skated at least 300 minutes during five-on-five play, Galchenyuk ranks 335th in relative shot share. With Galchenyuk skating, Pittsburgh produced -5.2 percent fewer of the total shots taken in the game (combining shots for and shots against). That's the second-worst rate among Penguins forwards with 300+ minutes at even strength:

In case you're wondering, Zucker has a relative shot share of -2.5 percent this year. That looks like an outlier, though, considering he boosted his team's shot share by about +3.5 percent over the previous two seasons and has been in positive territory every year since 2014-15.

The Kessel trade was at least partially motivated by the desire to clear salary cap space beyond 2020, and replenish the organization's defensive prospect depth (which took a hit again with the loss of Addison). But the Penguins surely expected more out of Galchenyuk, who averaged a career-low 11:29 of ice time per game. Much like he did with Derick Brassard last season, Rutherford repackaged a disappointing trade acquisition on an expiring contract to pick up a longer-term asset (Zucker is under contract through 2022-23), albeit at the cost of one of the game's better defensive prospects and a lower-value first-rounder.

• Turbo-charged offense: There's a long way to go on Brandon Tanev's six-year, $21 million deal, but it's easy to understand why coach Mike Sullivan said that the former Winnipeg speedster has been everything the team had hoped for and more. True to form, Tanev has been a defensive badger. With Tanev skating, the Penguins have surrendered just 19.6 scoring chances per 60 minutes of five-on-five play. That's the fourth-lowest rate of scoring chances against among all NHL forwards with 500+ minutes of even-strength ice time. But for a guy who was once an offensive zero, Tanev is chipping in a respectable number of points. He's averaging 0.43 per game this season, which is the fourth consecutive year in which he has raised that rate (0.08 in 2016-17, 0.3 in 2017-18 and 0.36 in 2018-19). With 11 goals, Tanev is on pace to easily top his previous career high (14 last year), and he's doing much of that damage right in front of the net. Tanev has scored 38 percent of his goals within the crease, according to the Icy Data website (the league average is 22 percent).