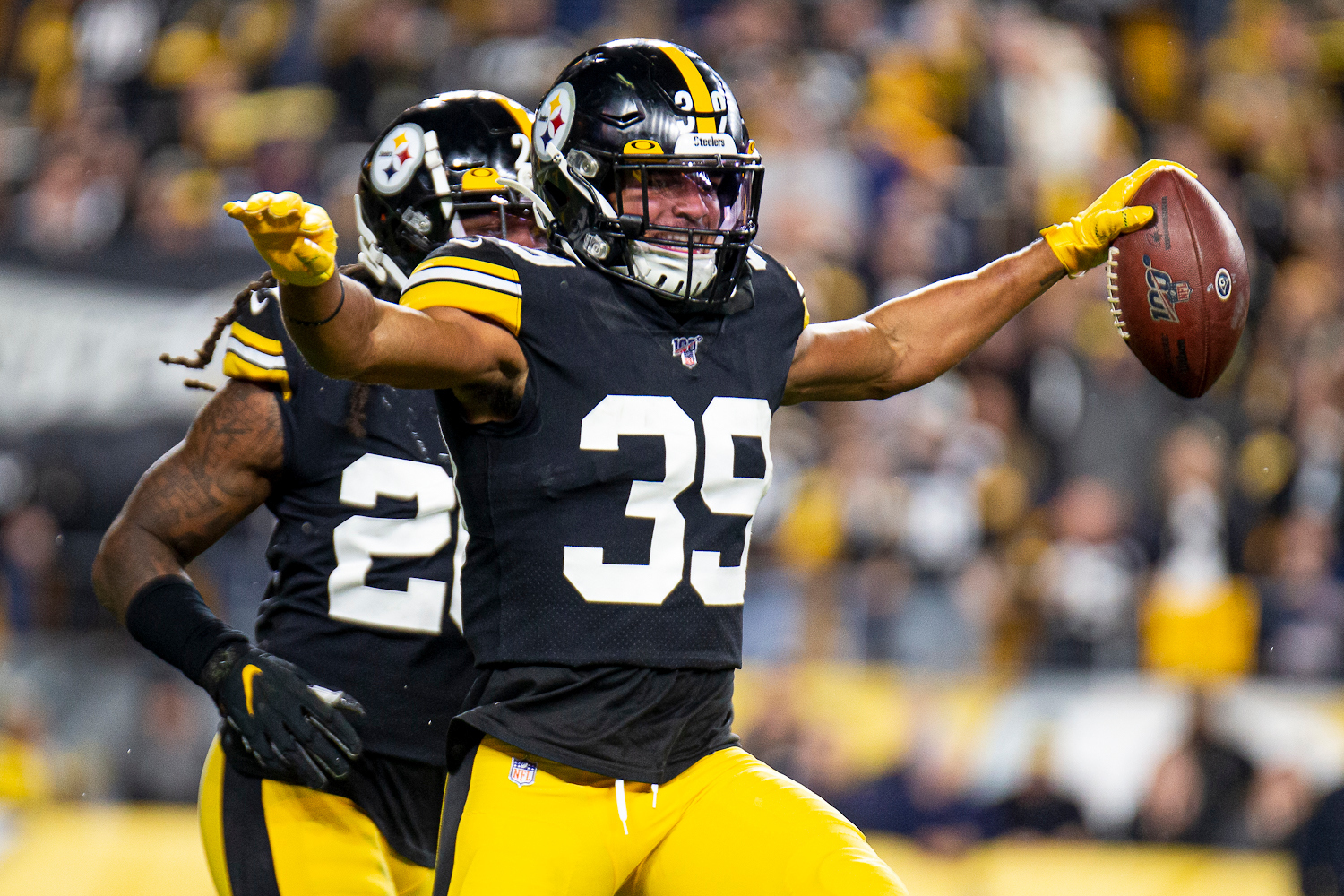 The Steelers have enjoyed some decent defensive backs throughout the team's history — and Minkah Fitzpatrick is quickly proving he belongs in the conversation.

The Steelers surrendered a first-round pick to acquire Fitzpatrick, and the 23-year-old safety made that investment look brilliant by picking off five passes during an All-Pro season in 2019. By some measures, Fitzpatrick had one of the best seasons ever for a Pittsburgh defensive back. Pro Football Reference tracks a stat called Approximate Value (AV), which seeks to measure a player’s overall contributions. AV is adjusted by era and by position on the field, to allow for more apples-to-apples comparisons. With 19 total AV, Fitzpatrick’s 2019 season is tied for second-best among Steelers defensive backs during the post-merger era (1970-present). Rod Woodson’s 1990 season (20) comes in first, followed by Fitzpatrick, Woodson in 1992 (19), Troy Polamalu in 2008 (18), Woodson in 1994 (18), Mel Blount in 1975 (17) and Woodson in 1993 (17).

Just two years into his career, Fitzpatrick is keeping company with Hall of Famers. And side note: How good was Woodson?

• Samuels' hands: Jaylen Samuels' second-year struggles weren't confined to the running game. Samuels averaged nearly two yards less per rushing attempt in 2019 (2.7) than in 2018 (4.6), but his once-stellar work as a receiver slipped, too. His catch rate declined from 89.7 percent in '18 to 82.5 percent in '19, and his drop rate climbed from zero to 8.8 percent. And, when Samuels did catch the ball, he didn't make defenders miss. As a rookie, the North Carolina State standout broke a tackle every 4.3 receptions. Last year, he broke a tackle every 47 catches--as in, he broke one tackle on a catch all year. On a per-play basis, Samuels was 36.4 percent better than the average running back in the receiving game in '18, according to Football Outsiders. In 2019, he was -8.3 percent worse than average. Samuels struggled with injuries, ran behind a mediocre offensive line and caught passes from second and third-string QBs, and those factors surely played a role in his poor play. But this guy has gone from an intriguing offensive weapon entering last year to someone who could be pushed for a roster spot during training camp.

•Alualu’s impact: With the Steelers potentially set to lose Javon Hargrave in free agency, and with Stephon Tuitt returning from yet another injury, let’s not forget about the important role that Tyson Alualu plays on the defensive line. The former top-ten overall pick in the NFL draft had perhaps his finest season in 2019. Alualu rated as the 11th-best interior defender in the league according to Pro Football Focus’ 0-100 grading system, which accounts for a player’s pass rush and run-stuffing skills. With an 80 overall grade, Alualu blew past his previous career best mark by PFF (66.5 in 2017). Now, the question is whether the 32-year-old can sustain that performance—and do so while taking more snaps (had had 432 in 2019, or 40 percent of the Steelers' total defensive plays).