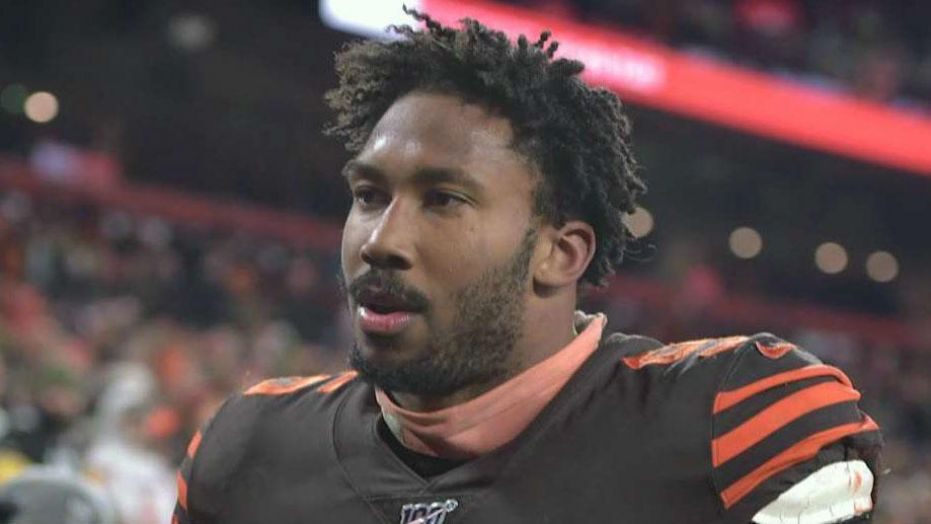 The NFL on Wednesday lifted its indefinite ban on Browns defensive end Myles Garrett for his attack with a helmet against Steelers quarterback Mason Rudolph.

Garrett met with NFL Commissioner Roger Goodell earlier this week to request his reinstatement, which was put in place after the Browns' 21-7 win over the Steelers Nov. 14 in Cleveland that ended with a brawl in the closing seconds.

Garrett and Rudolph became entangled with 8 seconds remaining in the game after the defensive end took Rudolph to ground and then laid on top of him following a dumpoff to running back Jaylen Samuels. Rudolph took offense and pushed Garrett off, grabbing his helmet. Garrett then ripped the helmet off Rudolph's head and eventually swung it over his head, hitting Rudolph with it.

A brawl ensued, with Steelers guard David DeCastro taking Rudolph to the ground as center Maurkice Pouncey punched and attempted to kick Garrett.

The NFL suspended Garrett indefinitely for his actions, forcing him to miss the final six games of the season. The Browns went 2-4 in those games.

Pouncey received a three-game suspension, later reduced to two, while Browns defensive lineman Larry Ogunjobi was suspended for one game for running in and shoving Rudolph to the ground from behind.

In addition to the suspensions, 33 players were fined for their actions in the game for a total of $732,000. That included Rudolph, who was fined $50,000 for his part in the incident.

The Steelers and Browns met again two weeks later without incident in a game won by Pittsburgh, 20-13.