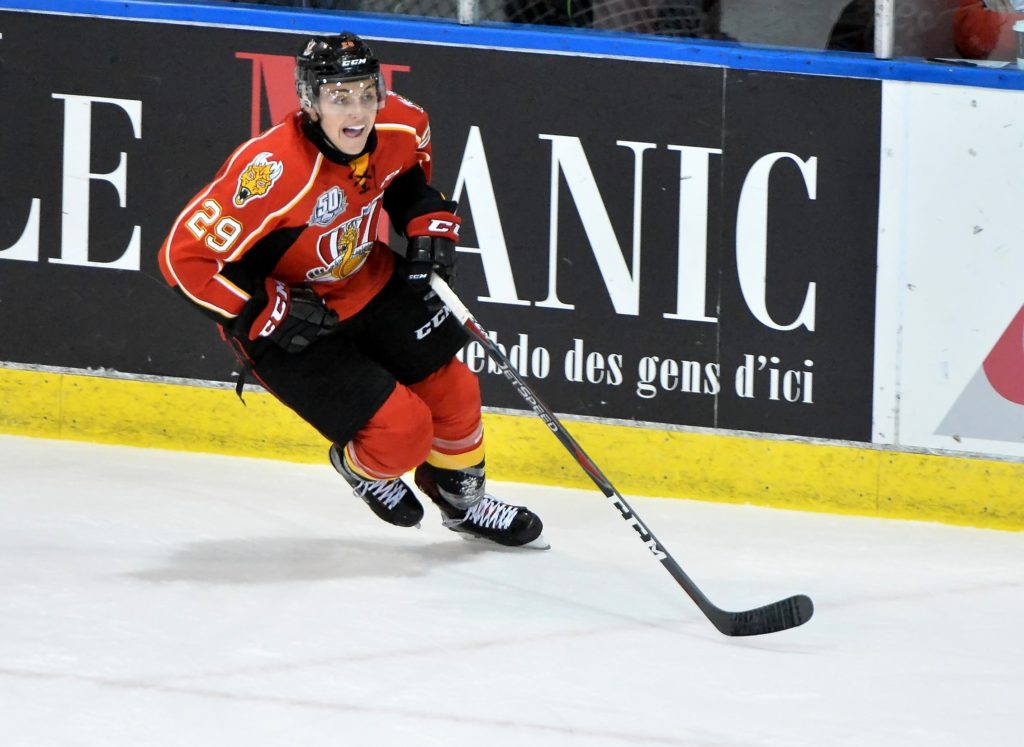 The QMJHL's presidents and owners of its 18 teams were expected to vote on whether to ban fighting in the league on Thursday, but they elected to postpone the vote until August.

To pass a ban on fighting, two-thirds of the league's presidents and owners would need to be in favor of the ban. If two-thirds vote to ban fighting, the ban could take effect as early as next season.

Proponents of the ban aim to limit the number of head injuries in the QMJHL.

The Penguins currently have two prospects in the QMJHL, Samuel Poulin and Nathan Legare, and both will more than likely play in the QMJHL next season as a result of the CHL-NHL transfer agreement that prevents them from playing in the AHL until age 20.

Both players have dropped the gloves before in the league.

Poulin, the Penguins' first-round pick in 2019, recorded his first career fight this season, answering the bell after a hit in a game against Shawinigan:

Third-round pick Legare is a little more familiar with dropping the gloves, already recording five career fights in the QMJHL. He has two this season, with the most recent coming on Jan. 31 against Sherbrooke:

He fought twice last season, with the first fight coming in Oct. 2018:

There aren't videos on the internet of Legare's first career fight at the end of the 2017-18 season, or his fight in October of this season.

If the QMJHL does vote to ban fighting, it's not clear how the rule would be enforced, and what penalties would be levied for dropping the gloves.

Former QMJHL players opposing the ban have been speaking out on social media in recent days. One player who shared his thoughts was former Penguins prospect Zachary Lauzon, who was forced to retire this summer without ever having played professionally as a result of lingering concussion symptoms stemming from a hit in 2017.

"The psychological effect of a possible fight can even mitigate dangerous blows and advocate respect on the ice," Lauzon tweeted in French on Thursday evening.

Here’s how the Penguins’ prospects in juniors, college, and Europe did this week:

Caulfield was scoreless in two games this week.

Pavlychev was scoreless in two games.

Puustinen was scoreless in three games.

Airola did not play this week.

Jones did not play this week.

Phillips has been injured for the last three weeks and is considered day-to-day.

Reilly was scoreless in two games. He spoke in this video about playing his final games as a senior at RPI:

Reilly said he was happy to return to RPI as a senior rather than turn pro a year early.

"It's been great," he said. "I'll never know what it was like to go the other way, but I couldn't be happier with my decision. I think just this year has been great. I've loved every second of it, it's been awesome having the team do so much better than last year and the years before that. I couldn't be happier with my decision."

Share
Tweet
Email
Sullivan: ‘They got what they deserved, so did we’
Hargrave to the Ravens? PFF says yes