RICHMOND, Va. -- Lowell MacDonald’s tenure with the Penguins predates my fandom by several years, so I have no memories of following his career or watching him play. Even so, I’ve long wanted to feature him in Cartoon Canon.

Yeah, the deft scoring touch of the "Century Line" he skated on with Syl Apps and Jean Pronovost was a highlight of the team’s first decade and a half in the NHL, but what really earned my admiration was the fact that in nearly every photo and hockey card I’ve seen of MacDonald, he has a huge, infectious smile on his face. Look him up for yourself: It’s almost impossible to find a picture where he isn't at least flashing a crooked grin. It’s a face made for comics.

While we’re on the topic of early franchise highlights, the Penguins’ home unbeaten streak of 1974-75 definitely stands out as one, still tied for the eighth longest in league history. And of course, as seems to be the case with all such records from that era when the NHL felt more like a small Canadian town than an immense, international conglomerate, the statistics are serendipitous as well. Longtime Penguins executive Ed Johnston was the Blues’ goaltender the night the streak hit 20. And in net for the Red Wings at the Igloo the next night, when the streak was snapped with a 3-1 Pittsburgh loss? None other than Jim Rutherford. 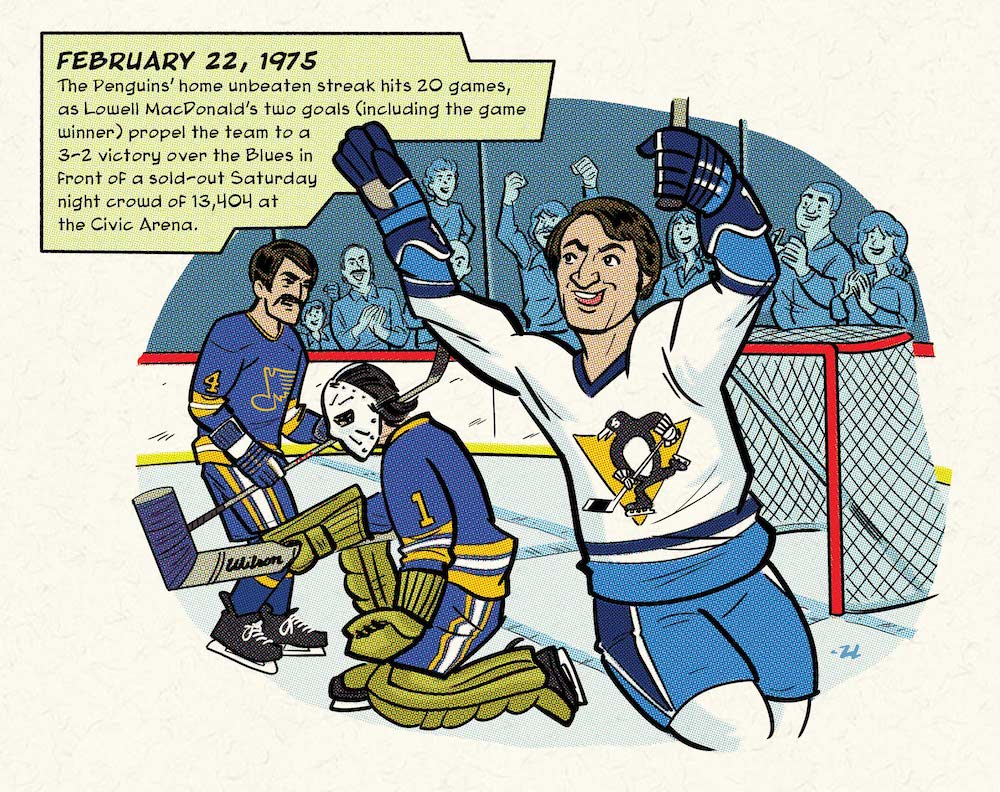