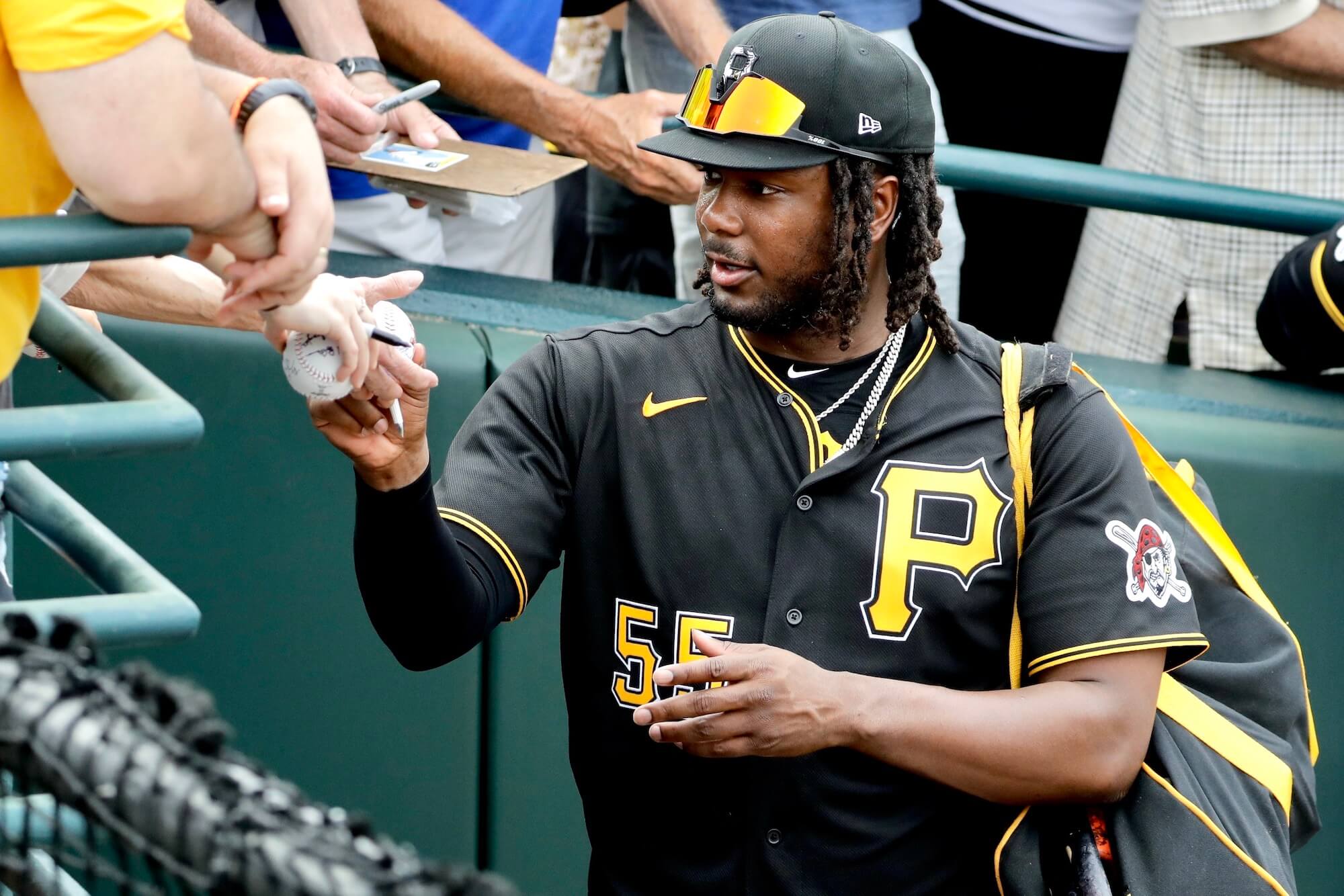 SARASOTA, Fla. -- The ball boomed off Colin Moran's bat, as it does anytime he barrels up with that looping swing, and bounced up off the base of the right-field fence.

It'd be the best show of power all afternoon and, as if to punctuate that ...

Next up, Jacob Stallings, swinging K.

Next up, Kevin Kramer, swinging K.

Next up, Will Craig, swinging K.

Bubbly as it's been around here, with players absolutely raving about the upbeat approach being applied by Derek Shelton and staff -- seriously, I've never heard it to this extreme in any spring training -- there's one subject guaranteed to gut any mood: Who's going to hit the home runs?

Meaning other than Josh Bell, of course.

"We need 'em," Bell was telling me before the Pirates' 13-0 exhibition loss to the Orioles on this cool Thursday afternoon at old Ed Smith Stadium. "I know that much."

OK, but how many? And from whom?

Bell's built like an NFL edge rusher, so I wasn't about to insult him and circle around the clubhouse in search of the other two. But I doubt I'd have seen one, anyway.

Individually, Bell broke out for 37, this despite a dropoff in the second half and sitting out most of September. He's capable of more, but seeking much more is unfair from anyone. He himself cites the 40 figure most often, though hardly accompanied by any kind of prediction.

Nice, but next in line in 2019 was Starling Marte at 23 home runs, a level he'll blow through this summer in hitter-friendly Phoenix. And after that were Bryan Reynolds at 16, Moran at 13, Kevin Newman at 12, and Adam Frazier, Jose Osuna and the Artist Formerly Known as Jung Ho Kang at 10 apiece.

See what I mean?

Everything about Reynolds' rookie season was excellent, from his .314/.377/.503 slash line to the home runs, but hoping for nine more home runs in 2020 goes against all reasonable projections for his career path. In 1,088 minor-league at-bats, he produced a total of 28 home runs.

A couple more, maybe. But there couldn't be anything dumber than asking this kid to change a thing.

"We'll hit, and we'll hit for power," Reynolds told me. "I don't necessarily think it has to come from a couple people."

Moran had more of that pedigree in the minors, and his overall .277/.322/.429 work in 2019 was stronger, I think, than most realize. But there's no guarantee he'll hold onto third base in any substantive way, given his defense and the imminent arrival of Ke'Bryan Hayes. So an infield corner that should be providing power, in all likelihood, won't change much.

"I don't think you really ever focus on hitting home runs," Moran told me. "You just want to work toward hitting your pitch, driving it."

Newman, with all due respect to his own breakout having rivaled Reynolds', isn't built for power, owner of the classic old-school shortstop's frame. Might be a couple more there, and that's it.

Frazier's definitely capable of more than his 10, fully recovered from the hand injury he'd recently revealed held him back in 2019, but he's got 28 in 1,424 big-league at-bats.

I suppose Gregory Polanco, healthy and happy again, could enter this equation, but that still requires a whale of a leap. Setting aside continuing uncertainty about the shoulder, he hit 22 home runs in 2016, 23 in 2018, and never more than 11 any other year. So we're talking career year for this to occur.

He's the 25-year-old first-round draft pick from 2016. A few players, including Bell and Reynolds, mentioned him to me in discussing this column's subject, and understandably. He hit 22 home runs for Altoona two years ago, 23 for Indianapolis last year. And he put a fair amount of air underneath a few of those, further bolstering the perception of power potential. But he also slashed .249/.326/.435 with just 30 doubles last year, so he's got work to do to shed the all-or-nothing label.

I spoke before this game with two American League scouts in attendance, both of whom have seen Craig extensively. One praised Craig's natural power as well as a fearless approach in big situations. The other expressed concern about Craig's ability to handle fastballs inside. But both agreed he can hit home runs at any level of baseball anywhere.

One other issue, raised by one of the scouts: "You're not moving him off first base."

Well, not to be that guy, but the Pirates perennially lead the Grapefruit League in home runs, even when they've been terrible, by simple virtue of playing home games in windswept Bradenton. That included 46 home runs in 33 exhibitions last spring, sixth-most in the majors. And this spring, through seven exhibitions, they've got ... one. Fewer than any team in Florida or Arizona. To boot, it was a wind-carried lazy fly by third-string catcher John Ryan Murphy.

And on this day, one in which very few regulars made the short trip south, there'd be all of four hits, half of them by Moran, his double being the only one to achieve extra bases.

Which offers yet another chance to remind that, particularly for pitchers who know they'll be on the roster, these numbers mean precious little. They'll focus on one or two pitches, to try them in game settings and see if they're worth carrying into the season. They don't do any sort of pregame on hitter matchups. They don't do any designed shifting. Nothing of the kind.

It's about delivery, release point, conviction and target. The end.

And for what it's worth, his breaking stuff was dynamic and effective.