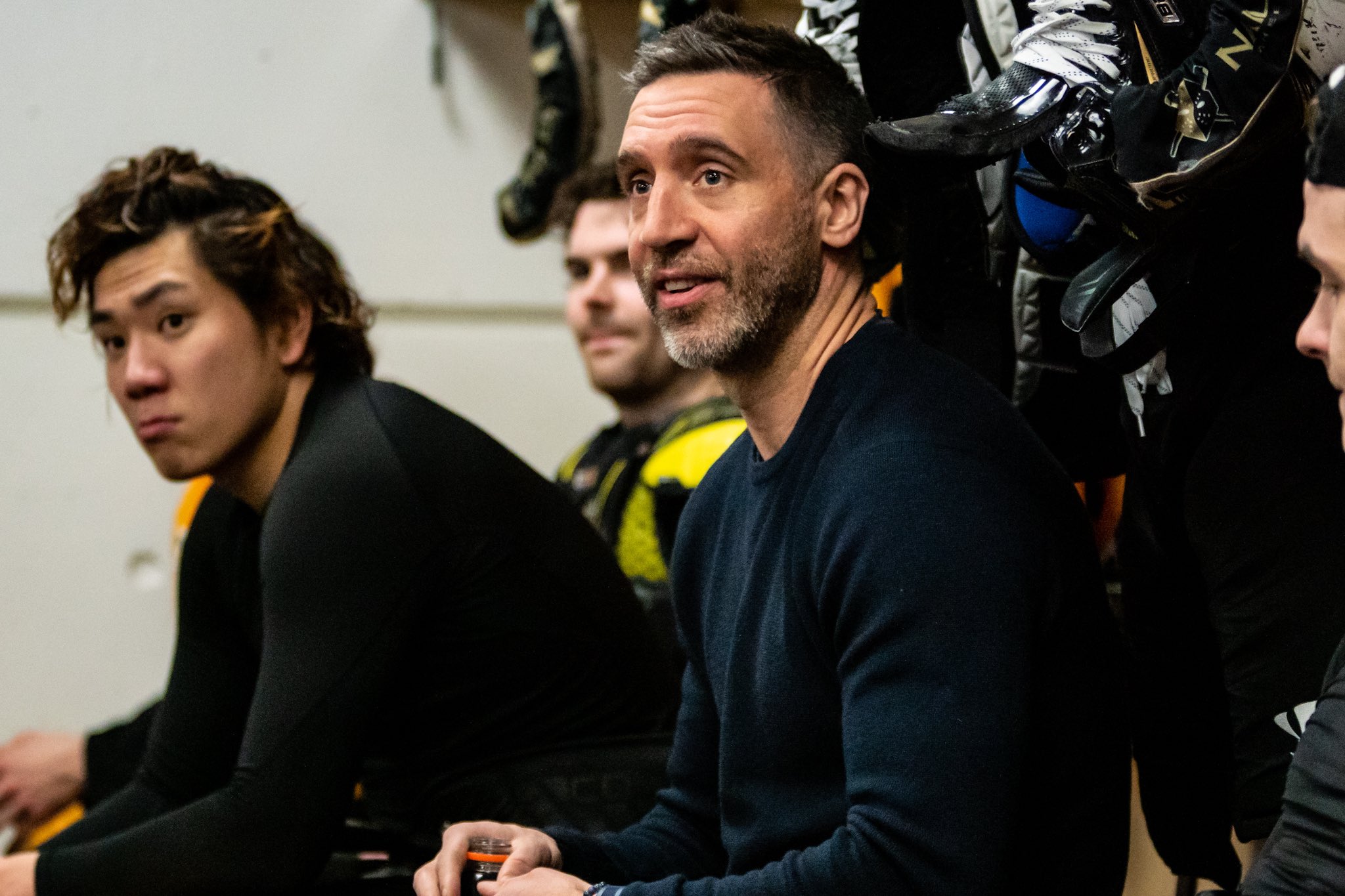 Before the game Talbot was brought into the locker room to read the starting lineup:

Other than mixing up the goalie with the defense and not being sure how to pronounce Matt Abt's name, he did a great job.

Two weeks ago Talbot was in Pittsburgh for the Penguins' French Language Night, and he served as the team's French public address announcer during the game.

Share
Tweet
Email
For Marleau, ‘weird’ to be right back in the Tank
Site Stuff: This app’s for everyone