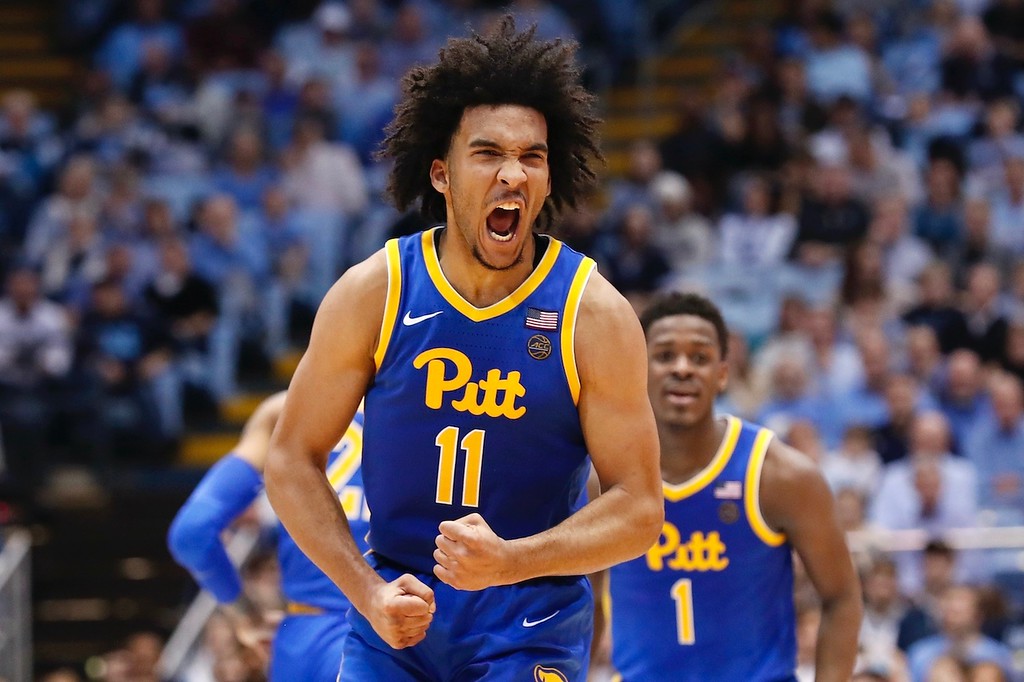 I know, I know. Every Panthers fan on the planet wants to panic and overreact right now. I see the comments. I hear you. And trust me, I get it. This team has been horrendous down the stretch, collapsing just as an NIT berth or — gasp — an NCAA Tournament berth became a talking point, the team standing a proud 14-8 in early February with a seemingly favorable schedule ahead.

And all that losing's produced some pretty dramatic stats.  You might wanna shield your eyes a bit. Deep breath:

Awful. Nobody can score.

Freshman Justin Champagnie leads the team with 12.3 points per game, but that's 31st in the conference. Several conference opponents boast multiple players above him in the rankings (North Carolina State has four!).

But this is where I gotta stop the negativity and the madness. Let's retrace our steps to a crucial component of the conversation. Up there, in the second paragraph, I said, "This team has been horrendous down the stretch ..."

Next year, the Pitt Panthers will not be this team. At all. Capel practically shouted this sentiment following the team's loss to Florida State down in Tallahassee, Fla.

“We need time,” Capel began when asked about the team’s lack of depth. “I’ve been here for a little bit over a year. We need time to recruit, and then we have to win some recruiting battles. It’s going to happen, but it’s not going to happen right away. Maybe because of the start we got off to, people thought this is going to happen, like, quick.”

Let's do some math (Don't worry. I'm a writer. It'll just be some basic addition and subtraction.):

We can immediately eliminate the seniors from the equation and add in the current signees. That means, without Odukale or Jeffress, we have the following for 2020-21:

Some players will undoubtedly transfer, and there will be some minor shuffling, but look at the core of scholarship players up there. The hype around Horton, in particular, is massive. I wrote all about that before the team's game vs. Syracuse, but here's the money line:

“I tell our guys that if you can guard him [Horton] in practice, I haven’t seen a better guy in this league that they will have to guard,” Capel was saying. “So if you can do a good job on him, then you have a chance to carry that over in the game. He gives us a great look when we’re playing against, whether it’s an Elijah Hughes, [Landers] Nolley, [Tomas] Woldetensae … and every team has ‘a guy’ — [Jordan] Nwora — he’s been these guys and he does a very, very good job of simulating them, but in his own way because he’s a little bit different.”

If he had theoretically duplicated those numbers this season, he'd be leading the Panthers in points and three-point percentage while coming in third in free-throw percentage (behind Murphy's 83.3 percent and Champagnie's 80-percent clip) and fourth in field goal percentage, behind two bigs — Brown and Hamilton — and Toney.

The Panthers need scoring like that, and it seems to be on its way.

SO, WHO WILL START?

If Horton translates into ACC play, it's tough to imagine him not starting. But who would he replace? It appears next year's starting five would be:

I think Johnson has to stay at point. While everybody's been blaring the "regression" horn — and certain aspects of his game, including the most visible aspect, scoring, have regressed — Johnson has upped his assists, cut back on his turnovers and been a constant presence on defense this season. He's fast and aggressive, and he can flip momentum quickly with steals and transition buckets/assists. His vision has steadily improved over the course of the year, too, and he's getting smarter within Capel's offense. Give him another year, and that should only get better yet.

Champagnie will start. That's a lock, barring something unfortunate and/or unexpected. He's been the best all-around offensive player this season for the Panthers, and he needs to be involved moving forward. He dropped 30 in a narrow Pitt win over Georgia Tech, becoming the third freshman in Pitt history to score 30 or more in a game. The other two? McGowens (who did it twice last season) and Johnson. Yep. All Capel recruits.

The battle at the five between Brown and Hugley is intriguing, but it's safe to say Horton, a 6-foot-3 guard, won't be replacing one of them.

That leaves McGowens and Toney. And crazy as this sounds, McGowens looks like the odd man out.

Although Toney has come off the bench this year and can thrive in that sixth-man role with his energetic, all-hustle game, trotting out a guard trio of Johnson-Horton-McGowens leaves Pitt undersized and vulnerable.

Toney, at 6-foot-6 vs. McGowens' generous listing of 6-foot-4, fixes that problem, providing rebounding, defense and a little bit of everything on offense. Suddenly, you're looking at:

... with Brown/Hugley, McGowens, Coulibaly, Collier, Amadasun, Drumgoole and potentially Murphy/Odukale/Jeffress coming off the bench (and to be thorough, Jeffress and/or Odukale may start as well, but until they're signed, that's too heavy on the hypotheticals for me).

With that lineup, Pitt is suddenly 10/11 players deep (compared the usual eight-man rotation this year) and they're stronger within that depth. Capel's preached this sense of building, of growth, of stacking talent, and Pitt fans get the first real taste of that in 2020-21.

This won't be the program's final form, either. Remember Jim Boeheim's words after his team dismantled Pitt at the Pete?

“To say they were rock-bottom isn’t even a close approximation of where they were when Jeff took over. They were below that.” - Jim Boeheim #dkps #unleash pic.twitter.com/VYSWRYSEsK

Capel inherited, as he put it, "a dumpster fire," and while he's put out the flames, there's work to be done.

It's everything the Pitt Panthers need right now.

Share
Tweet
Email
Kahun scores on first shift with Sabres
Woodson: ‘They want black and gold out there’