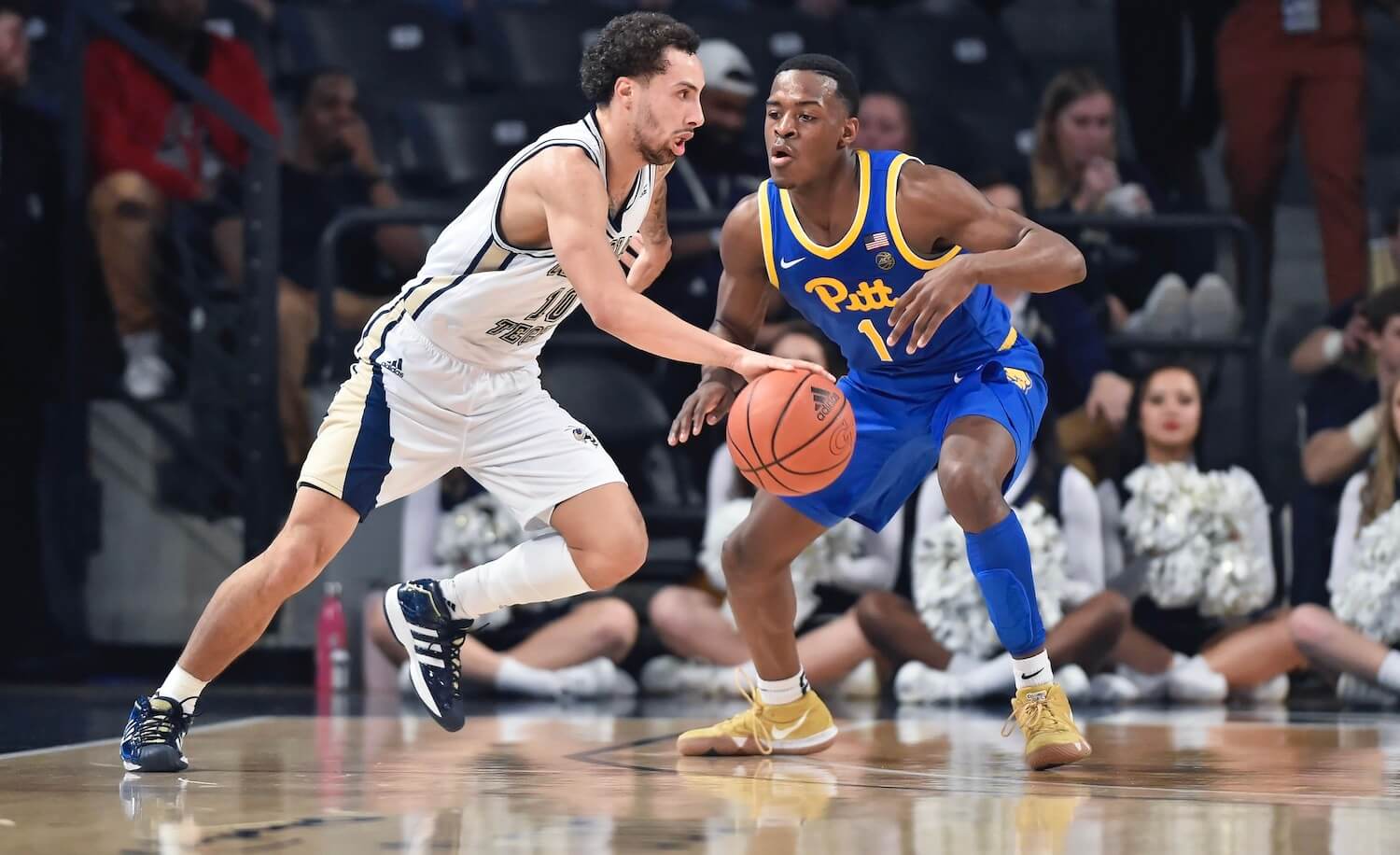 ATLANTA -- Jeff Capel grins from his post-game podium, locking eyes with reporters and bobbing his head in that excited way he rarely does. He's gushing. Capel, usually reserved when discussing individual performances, win or lose, opens up on this rain-soaked Wednesday evening at McCamish Pavilion.

His Panthers just fell — and fell hard — losing 73-57 to the 16-14 Georgia Tech Yellow Jackets, completing a disastrous seven-game losing streak to cap off the regular season in the process. And yet, Capel raves.

"I love guys that love to compete and that are all about 'team,' and just his competitive spirit and his energy for his team and this program, it’s contagious," Capel was saying. "I’ve watched him on tape. He’s playing a banjo. He’s marching. I mean, he’s doing all these different things, and that becomes contagious. I have a hell of an amount of respect for people that do that."

That's as complimentary as it gets from Capel. The twist here?

He wasn't talking about one of his guys. He was talking about Jose Alvarado, the 6-foot point guard on the other side who torched his Panthers to the tune of 23 points, nine rebounds, five assists, two steals and a block. He was the best player on the court, and second place wasn't close.

All this strikes the heart of one massive, lingering issue for Pitt this season: Xavier Johnson and Trey McGowens did not take the Year 2 leap expected of them. I recently shared my thoughts on Johnson in particular, but in this one, Johnson took two steps back then jacked up a momentum-killing, game-ending three-point attempt.

OK, so technically, there were no steps back. It was a pull-up three in transition, but hear me out: Pitt trailed by 18 — 30-12 — with 3:41 left in the first half. Then Ryan Murphy hit a three. Then Gerald Drumgoole added three more. Johnson drilled a third triple. Suddenly, the Panthers cut that Georgia Tech lead in half and carried some momentum into the half.

It only got better for them after the break.

"We came out in the second half, we forced a quick timeout by them with us pressing right across halfcourt with the trap," Capel was saying. "We were able to make a couple shots and we had the momentum a little bit."

They sure did, down just four, 32-28, with 18 minutes to go. Michael Devoe loses the ball, and Johnson comes away with it. He doesn't settle. He doesn't run the offense. He doesn't survey the scene. He sees the basket, and he sees an opportunity.

Brick, going the other way.

Georgia Tech bumped the lead out to six on an Evan Cole dunk, but Justin Champagnie narrowed it back to four with a pair of free throws, 16:43 to go in the game. Jordan Usher provided the equalizer with a massive tomahawk slam slashing through the lane, then Johnson forced a floater, bodies all over him, that nipped at the front of the rim before heading back the other way, resulting in another Cole layup.

Pitt never brought it within single digits from there, falling behind by as many as 21 before eventually losing by 16.

This fact resonates: Both times Pitt closed the gap to four — real, no-joke striking distance on the road — Johnson took a bad shot that Georgia Tech converted to points and to momentum of their own.

And this comparison resonates even more:

• Johnson: Eight points, 29 percent shooting (2 for 7), 2 for 2 from the line, two rebounds, two assists, five fouls plus a technical on his way out, six turnovers, two steals, one block

One guy played within the offense, hustled everywhere, trusted his teammates and created opportunities when needed.

The other guy forced the issue, finished with three times as many turnovers as assists and watched the final five minutes from the bench.

Oh, and one guy made Capel smile after the game, too.

I'll let you guess who's who.