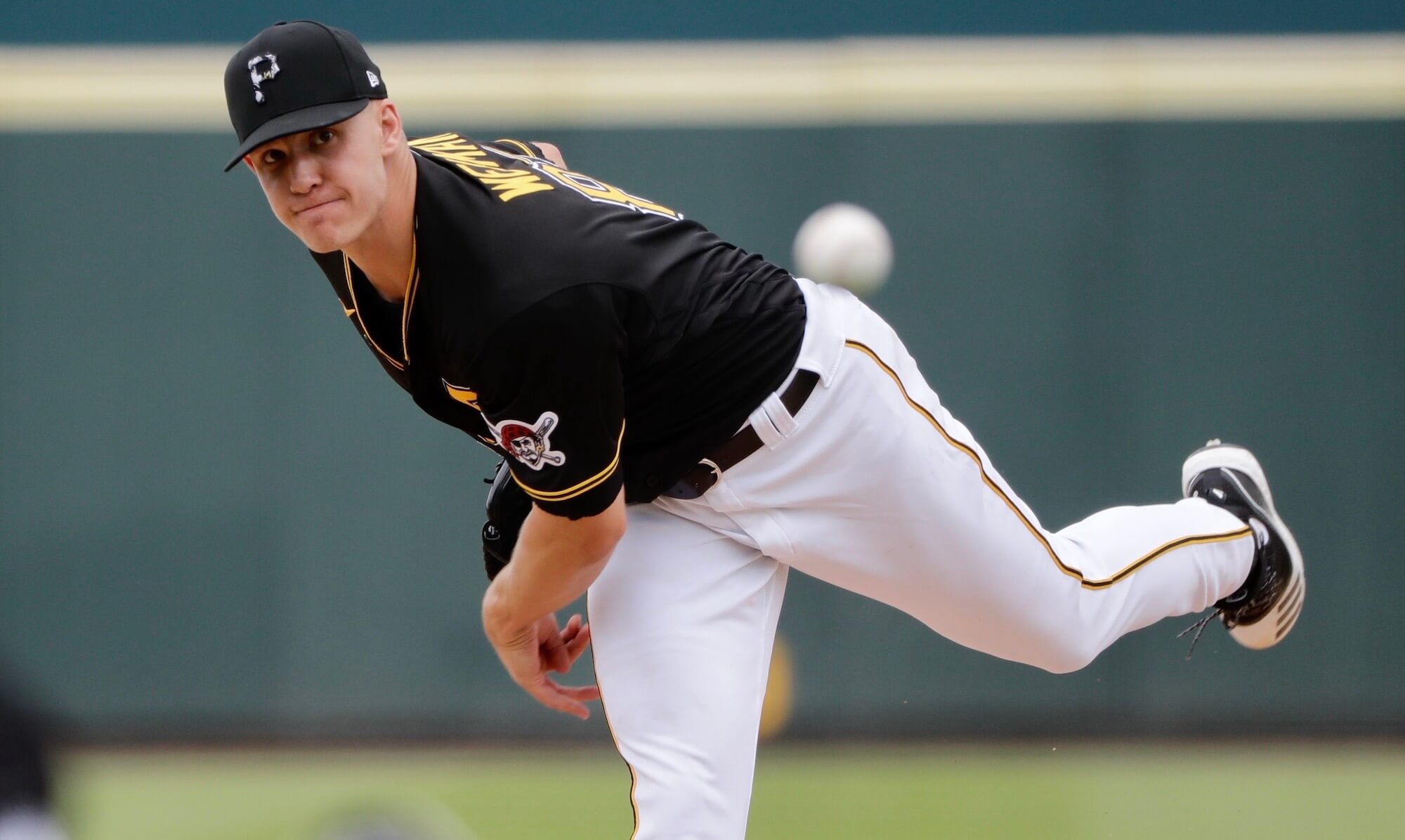 PORT CHARLOTTE, Fla. -- The Pirates could not muster much at the plate Thursday and lost to the Rays, 2-1.

Since there was no bottom of the ninth, Blake Weiman did not get to pitch his scheduled inning. That's how spring works sometimes. His roommates, right-handers Blake Cederlind and Nick Mears, had pitched Wednesday, so they didn't make the trip.

While those three are long shots for the opening day bullpen, they are close to the majors. In fact, that team house just outside the mall at University Town Center in Sarasota could be holding roughly half of the Pirates' future bullpen.

"If that's the case, we'll be in a good spot," minor-league pitching coach Joel Hanrahan was telling me.

Hanrahan coached the trio in Class AA Altoona in 2019.

Arden Pabst, their Altoona catcher, knows what those three pitchers have to offer.

"They're really special," Pabst was telling me. "I love watching those guys pitch. I love catching them. I think they're definitely knocking on the door, so it's going to be fun to see them in Pittsburgh soon."

Cederlind was the mutual connection between the three of them. He and Weiman climbed through the farm system together -- "Unfortunately," Weiman joked -- and Mears and Cederlind met in the Arizona Fall League last year.

The three have a rule that once they leave the field, they try to separate work from home.

But come on. What else are three young ballplayers on the cusp of their dream supposed to talk about?

"We talk about it almost every night," Weiman was telling me. "We can't help but think about the future. We're young guys who want to make an impact. We've had a taste of success at different levels, and we're just hungry for more."

So who are they?

• The one with the dyed-blonde hair.

Every camp there is one player that bursts onto the scene and grabs people's attention. This year's player is Cederlind, whose dyed-blonde hair grabs your eye -- he did the dye-job because, "why not? What do I have to lose?" -- and a 100 mph sinker that will drop your jaw.

"Watching the blonde hair flowing and you get the sinker going, that was cool to see," Derek Shelton said after watching Cederlind in Pirate City.

Cederlind used to throw a four-seamer, but even though he threw it harder than just about anyone, it wasn't getting the whiffs he wanted. He knew he needed movement, so he morphed it into a sinker before last season.

He's using a similar grip to his old four-seamer, but instead of holding it down the middle of the ball like a usual, it is off-center a bit, grabbing it a little closer to the inside seam.

"Now I'm on the inside of the ball with it rotating differently," Cederlind said. "It creates movement, and it's harder to hit."

While experimentation helped Cederlind find his fastball, it was holding back his breaking pitch. He was just looking for something that would click and kept changing his grips, never letting it develop.

Eventually, Hanrahan told him to stop, pick one grip and try to refine it.

"When [a young pitcher's] searching for breaking balls, if they don't see immediate results, they switch to the next grip," Hanrahan was telling me. "For me, it's pick one that feels comfortable for you and then we can move off of that and fine-tune from there."

Cederlind is doing just that. Now he has a cutter that sits in the low 90s that runs away from right-handed batters.

"It's taking me a little bit longer to polish that, but it's getting around to what I want," Cederlind said.

• The one with the mustache.

With the exception of Mears himself, nobody could have expected him in Pirates camp a year ago. He played one year at Sacramento Junior College in 2017, but opted not to play the next year after suffering several loses in the family in a short window of time. He needed to clear his head and walked away from the game for a bit. Without any senior year tape for scouts to work with, he went undrafted.

He signed with the Pirates to fill out their short-season West Virginia club late into 2018. That offseason, he added 30 pounds to his frame and boosted his velocity dramatically.

"It's kind of funny how that works," Mears was telling me. "In the end, if I'm executing pitches and I'm not allowing runs, then I don't really care which one I'm doing."

Nobody shot up through the system as quickly as Mears last year, who started in Class A Greensboro and ended in Altoona, recording a 3.28 ERA and striking out over a third of his batters faced along the way.

Unlike Cederlind, Mears' fastball lives in the top of the zone. Initially, he was trying to have it tunnel with a curveball, but his breaking pitch was cutting too much like a slider.

So after seeing data from Rapsodo in Pirate City, he started changing his grip to get the tunneling effect he wanted. After a discussion with the coaching staff, he went back to his old grip. He was striking out batters. Why try to fix what isn't broken? He agreed, and currently accepts it's a slurve right now.

"It's just about trusting it at this point," Mears said.

"I hold down the house," Weiman said, laughing.

Weiman is definitely the most baby-faced of the bunch, lacking the facial hair of Mears or locks that could be braided like Cederlind. He also doesn't have the same overpowering fastball as his roommates, usually sitting in the low-90s.

What he does have is one of the best sliders in the entire system and pinpoint control, being consistently stingy with walks. It's part of the reason why he has been summoned twice this spring with men on base, and twice escaped unscathed.

"That's what it's all about. For a young guy like him to get out there, get that exposure, show all those guys he can get the job done," Derek Holland said after Weiman pulled one of those Houidini escapes on Feb. 29.

Weiman threw just three pitches that night and struck out Eddie Rosario, who homered 32 times a year ago, with the bases juiced. The slider was the finisher.

Hanrahan has seen that slider develop since they were both in West Virginia. Of course, he likes it.

"Now it's just seeing if we can make it better and more consistent," Hanrahan said.

Weiman has been focusing on improving his lower-half mechanics this spring, hoping it could add another tick to his fastball.

"There's always something you can fix," Weiman said. "Nobody has the perfect mechanics."

How close are they?

Cederlind and Weiman both made the jump to Class AAA late last season and will likely start there in 2020. Mears is projected to start in Altoona.

Cederlind will probably be the first to get his major-league call since he was added to the 40-man roster this offseason, but depending on the status of the Pirates' lefty relief, Weiman might not be far behind. Mears is shooting for being a September call-up, a bold goal considering he was pitching in Greensboro less than a year ago.

The three may be sharing a corner major-league clubhouse rather than just a spring training home before too long.

"They've all got that compete gene in them. That's the one you can't teach," Hanrahan said. "I think they're all driven and determined to make the big leagues. I think it's only a matter of time before they make their foot in Pittsburgh."