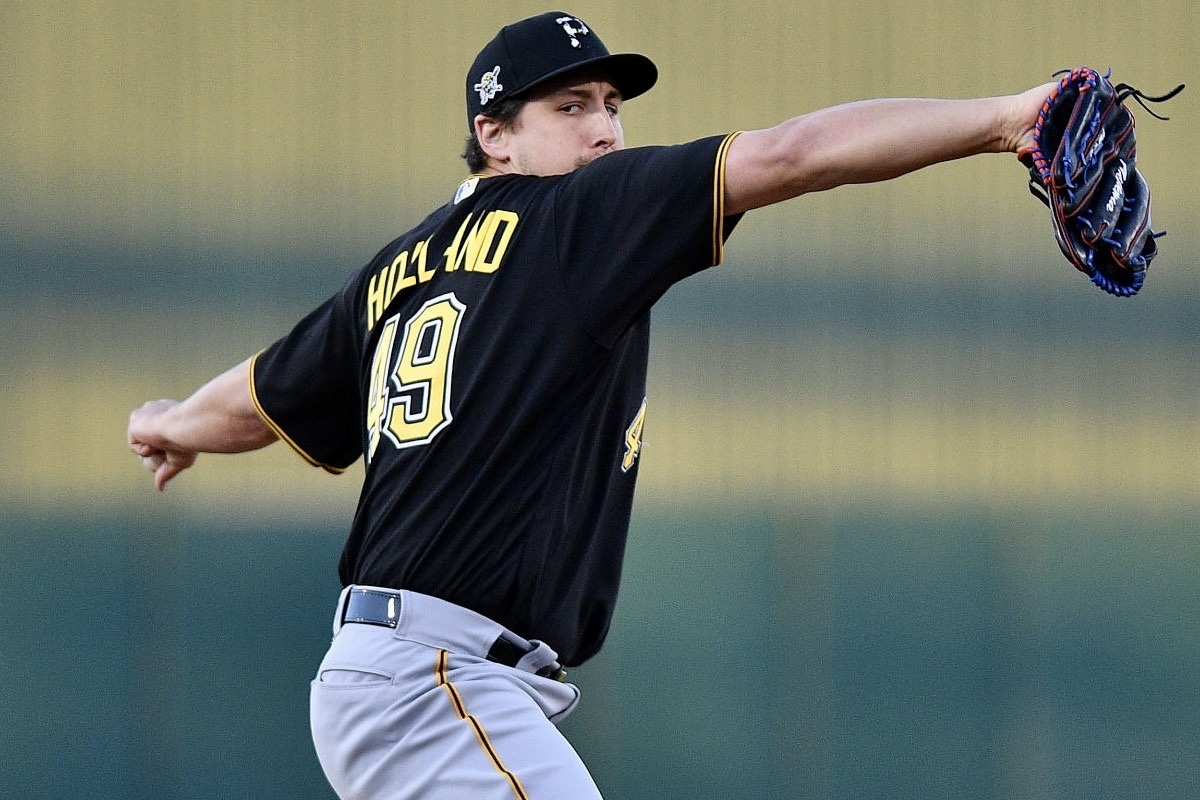 LAKELAND, Fla. -- The Pirates could not generate much offense in Lakeland Tuesday, and while Derek Holland's outing was mostly positive, he allowed three home runs and took the loss against the Tigers, 4-1.

There are only two weeks remaining in spring training, meaning each starting pitcher candidate will only get two or three more starts in before the beginning of the season.

While it appears the five rotation members have more or less been determined, Derek Shelton has not committed to a set rotation yet.

"I think it's still too early to tell that," Shelton said before the game Tuesday. "I think it's obvious the guys we have starting games are definitely in consideration.

"As we continue to go forward, I think health's going to be a major part of it. So to say that anything is concrete, we wouldn't do that yet, because we have to be healthy."

Health issues haven't made the opening day rotation better, but certainly more clear. Steven Brault has been shut down for a week with a left shoulder strain and will not be evaluated until later this week.

While nothing is official, director of sports medicine Todd Tomczyk said Tuesday it's a "safe assumption" that Brault will not be ready for opening day.

"We want Steven to pitch for the majority of the season and not just earmark him to make opening day," Tomczyk said.

Another option, Chad Kuhl, has continued to do work off the field, but he has only appeared in two games thus far, pitching 1.2 innings. Coming off Tommy John surgery, it is clear the Pirates are being cautious with him.

Chris Archer's spring got off to a late start after being scratched hours before his first outing on Feb. 24 with a stiff neck. He did not make his debut until March 6, and while he only pitched two innings and focused on his fastball and changeup, he got plenty of whiffs with both and struck out four.

Archer is scheduled to pitch a sim game Wednesday. Assuming he goes on a five day pitching schedule, that means he would also pitch on March 16 and March 21, which would potentially put him line for the regular season opener on March 26.

Most of the rookie starter options -- JT Brubaker, Cody Ponce and James Marvel -- were among the first batch of cuts Monday. They were being used primarily as relief in major-league camp, with their outings lasting only one or two innings. They needed to be stretched out before the regular season.

After that group, there are only a handful of players who have made major-league starts. Chris Stratton and Robbie Erlin are both relievers now, though they could go multiple innings. Clay Holmes is on the shelf with a foot fracture and will be evaluated later this week. Hector Noesi is also in camp, but he has mostly pitched in split-squad games.

That leaves the Pirates with essentially five starters to work with: Archer, Joe Musgrove, Trevor Williams, Mitch Keller and Holland.

Musgrove was tagged for a pair or homers in his last appearance on March 26, but that was partially due to strong winds carrying the ball. Before then he looked more or less like his old self, though he is looking to throw more fastballs up in the zone this season.

He will start again Wednesday and is the only other announced scheduled starter at this time.

Williams has been a bit more wild this spring than he's been in the regular season, but has said he is focusing on pitch mix and the sharpness of his offspeed pitches and breaking ball.

“The fastball’s where it should be,” Williams said following his start Monday.

Keller is coming off his strongest spring start on March 5, getting a better feel for his slider while still using his curveball to get whiffs. The Pirates' top pitching prospect came into camp with the mindset that he had to earn a job. While nothing is official, it appears that he has.

Holland has been bit by the long ball this spring, allowing five in his four starts. However, his offspeed stuff is much improved, and he has not issued many free passes. He did not walk a batter over 5.1 innings Tuesday, and has only allowed three all spring.

"I get upset about giving away free bases," Holland said. "I thought today I was attacking the zone the way I needed to."

After struggling in 2019, Holland went into the offseason believing he was going to be a reliever in 2020. While the Pirates only offered him a non-roster deal, they made it clear he had a shot at making the rotation.

With how the rotation has been hit with injuries, they are probably happy they did.