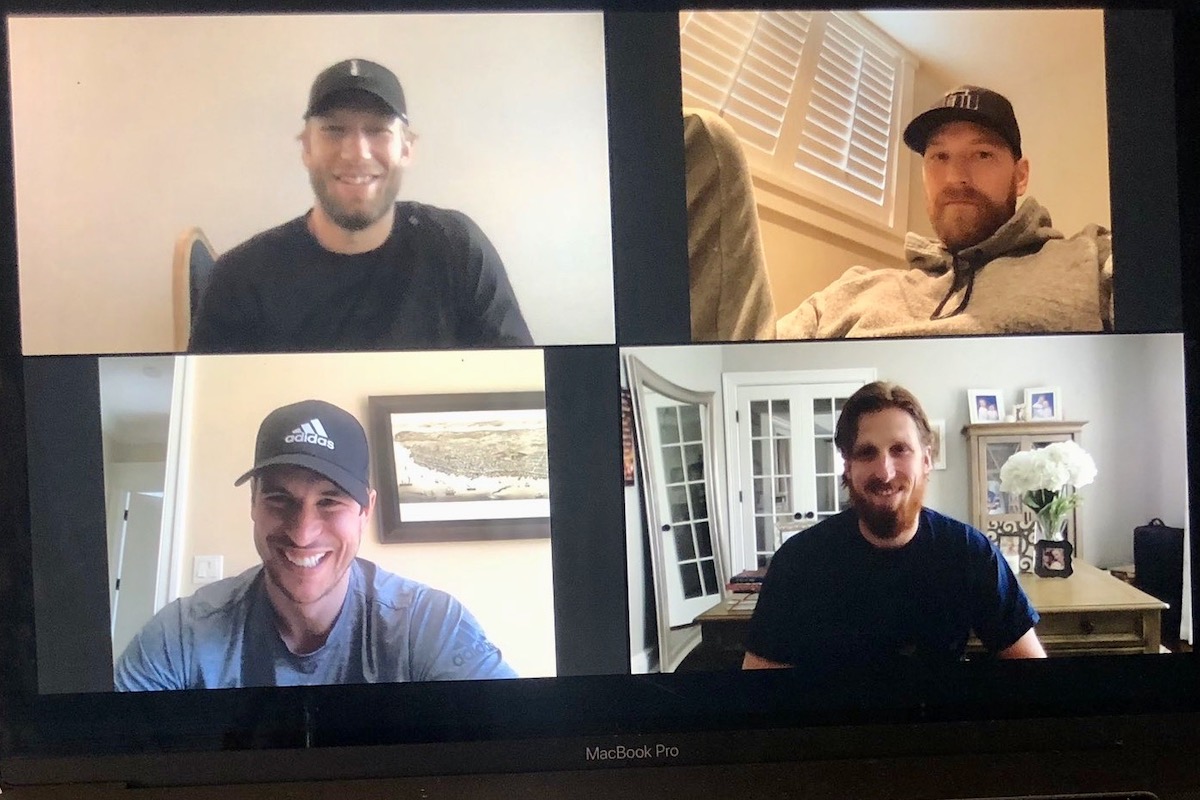 Sidney Crosby's commitment to conditioning has been one of his defining traits since before he entered the NHL in 2005. His off-season workouts are the stuff of legend -- and probably a few nightmares for anyone who tries to match them.

But with the NHL shut down because of the coronavirus pandemic, Crosby's training options are limited, in part because team facilities are not available for the time being. Consequently, he has been forced to improvise as he prepares for what he hopes will be the resumption of the 2019-20 season.

"We don't have a ton of resources," he said. "You just make the best of what you have. (The goal is to) try to be professional as best we can and be in the best shape we can possibly be in, given the situation. There's nothing like skating ... but you just have to make the best of it. It's kind of old-school at this point. Whatever you can get done, you get done."

It remains to be seen whether, let alone when, the current season will resume, after being suspended two weeks ago.

Also unclear is whether play will include some at least some of the regular-season games that have been postponed, or just move directly into some form of playoffs. The Penguins were in third place in the Metropolitan Division and fifth place in the Eastern Conference when play was halted. Under the normal postseason format, that would pit them against the Flyers in Round 1 of the playoffs.

Crosby seemed willing to embrace whatever scenario ultimately is put into play, assuming one is.

"You try to get is as many (regular-season) games as you can, I think," he said. "I wouldn't mind starting right into the playoffs, but there are a lot of guys (on other teams) in different situations. The more games you play, the better when it comes to the integrity of everything."

Crosby, who is the Penguins' captain and has remained in Western Pennsylvania during the shutdown, said his teammates have used video chats to stay in contact since the season went on hold.

"Nowadays, it's pretty easy to keep in touch with everybody," he said.

While the subject matter generally was serious, there were some lighthearted exchanges during the conference call, like when Crosby and Giroux accused each other of routinely cheating on faceoffs, and Marc Staal said he doesn't miss Crosby "always slashing on the back of the legs."

Crosby, unfailingly pragmatic, came up with a logical explanation for why he'd pick Kris Letang if he was compelled to select a teammate with whom he would go into isolation.

"I feel like he'd get all the info first," he said. "I feel like I'd have a better sense of what's going on if I was stuck with him."

Their occasional joking aside, the players acknowledged the threat coronavirus poses. Not just to the 2019-20 season, but to society at large.

"We were supposed to play that game in Columbus (March 12) without any fans, so right away, your first impression is, 'This is pretty serious,' " Crosby said. "With that, right away, that kind of hit me."

He suggested that most other people seem to be taking it seriously, too, which he feels is critical to getting the situation under control.

"Everyone has really taken this serious, for good reason," he said. "We all have to do our part. ... If a big chunk of people do it and others don't, we're not going to get much accomplished."

Crosby sidestepped a question about the potential financial impact of the coronavirus crisis, which almost certainly will put a significant dent in the Hockey Related Revenue NHL clubs generate and that determines what the salary-cap range is in a given season.

"That's something that will be talked about at a later date," he said. "Right now, everyone's health and just making sure that we handle this the right way, that's what's most important."