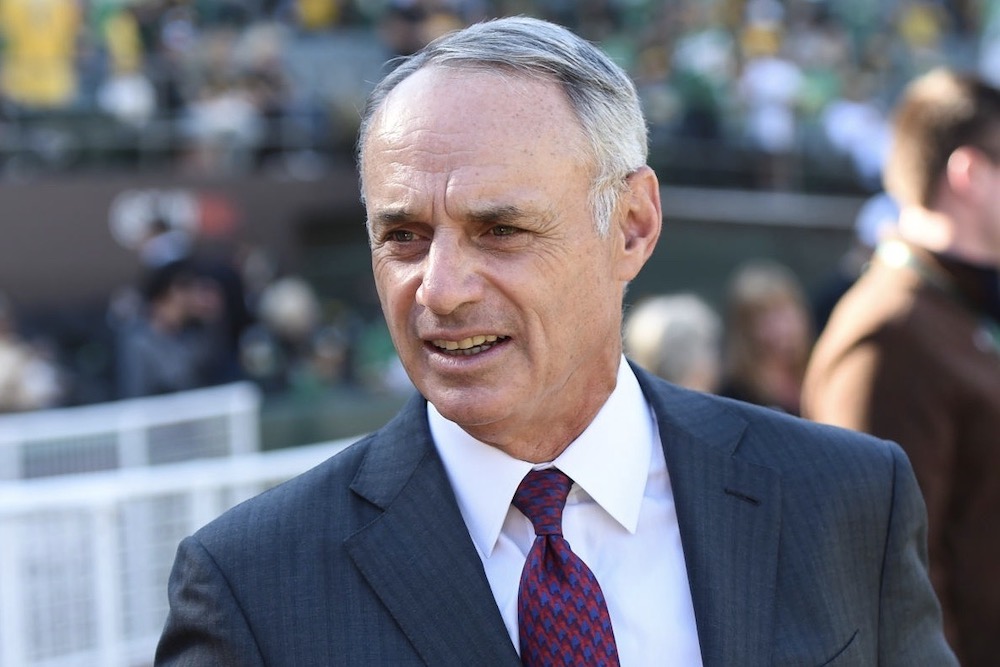 It looks like there will be an amateur draft this year after all, though it will pushed back from June to July, and it may only consist of five or 10 rounds.

Drafted players may also have 90% of their bonuses, or more, deferred to future years rather than receiving them upfront.

This is according to report by Kiley McDaniel of ESPN.

Sources: MLB & the MLB Players Association have the framework of an agreement that could be finalized as soon as today. Discussed terms on the draft:

Jeff Passan added players can only get $100,000 of their bonuses up front with the rest deferred. These changes will apply to the 2021 draft, too.

Further details on labor agreement between the players and MLB, which just made the deal official:

These are just some of the key issues the players' union and Major League Baseball agreed upon as part of their new labor agreement.

This year's draft will likely consist of 10 rounds, a major cut from the 40 rounds, plus supplemental picks, from a year ago.

McDaniel adds that a maximum bonus for un-drafted players would be imposed as well, with $10,000 being the number being discussed.

The 2020 draft was originally scheduled to take place June 10-12. Last week, Ronald Blum of the Associated Press reported MLB was considering cancelling this year's draft and pushing back the start to the international signing period as a cost-cutting measure.

All scouting operations, including private exhibitions, across baseball have been shut down to minimize the risks of spreading COVID-19.

The Pirates have the seventh overall selection in this year's draft, plus a competitive balance pick A first-rounder, which is the 31st pick.