Troy Polamalu is one of the most beloved members of the Steelers in their history as much for what he did off the field as he did on it.

That love and respect extends to his former teammates, as well.

If you wonder why he had so much off-field respect from his teammates, former Steelers cornerback Bryant McFadden related a story to me this week of why that was the case.

McFadden has a letter he received from Polamalu prior to Christmas in 2011. He keeps it locked away in a safe like a prized possession because, well, that's what it is.

"This was my last season in Pittsburgh. My last year, I tore my hamstring in training camp and I tore it again in the first game against Baltimore," McFadden, now an NFL analyst for CBS Sports, recalled. "I didn’t get a chance to get myself together. He wrote me a Merry Christmas letter. I never shared this with anybody. He titled it, 'To My Dear Brother.' "

Rather than my recounting what was in the letter, see for yourself: 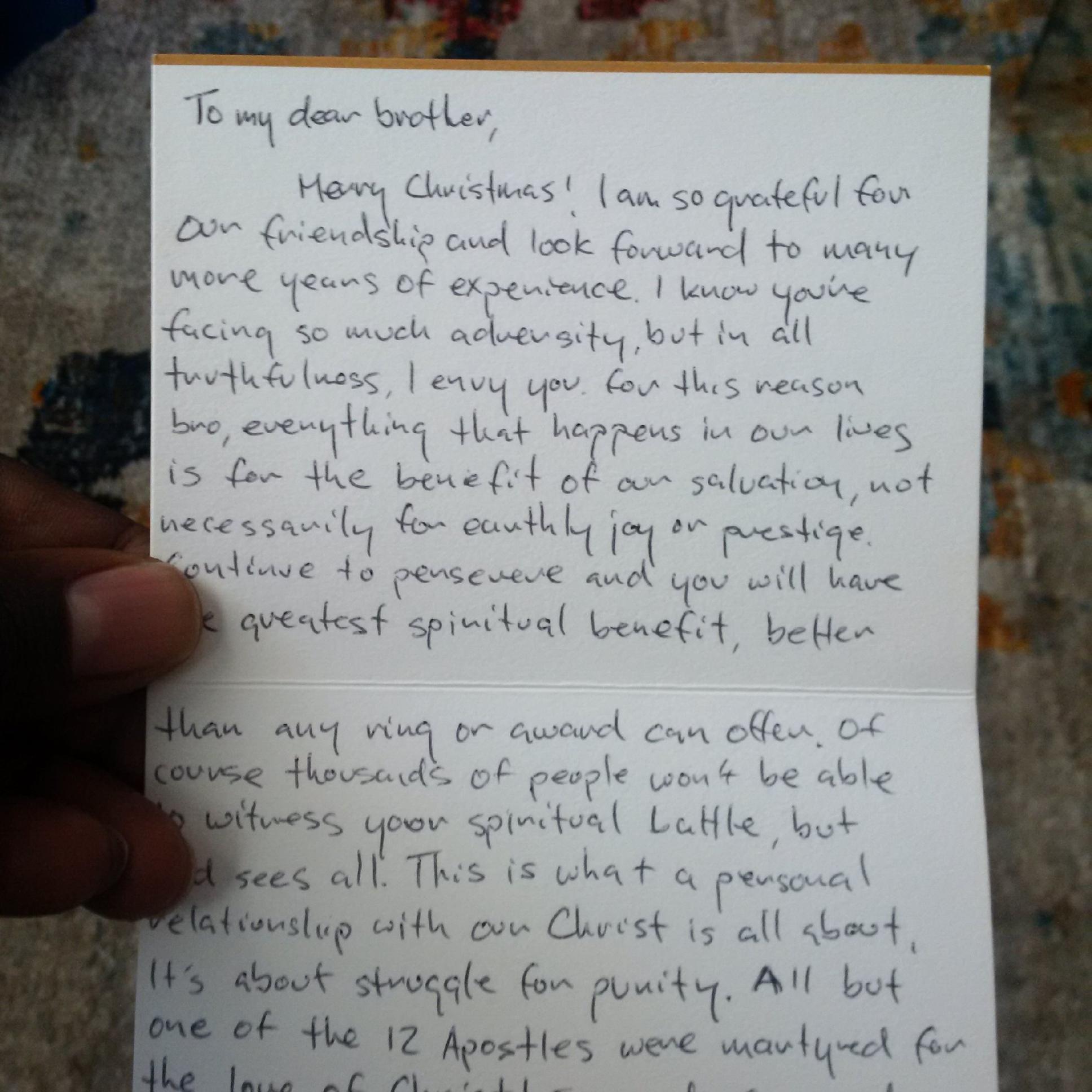 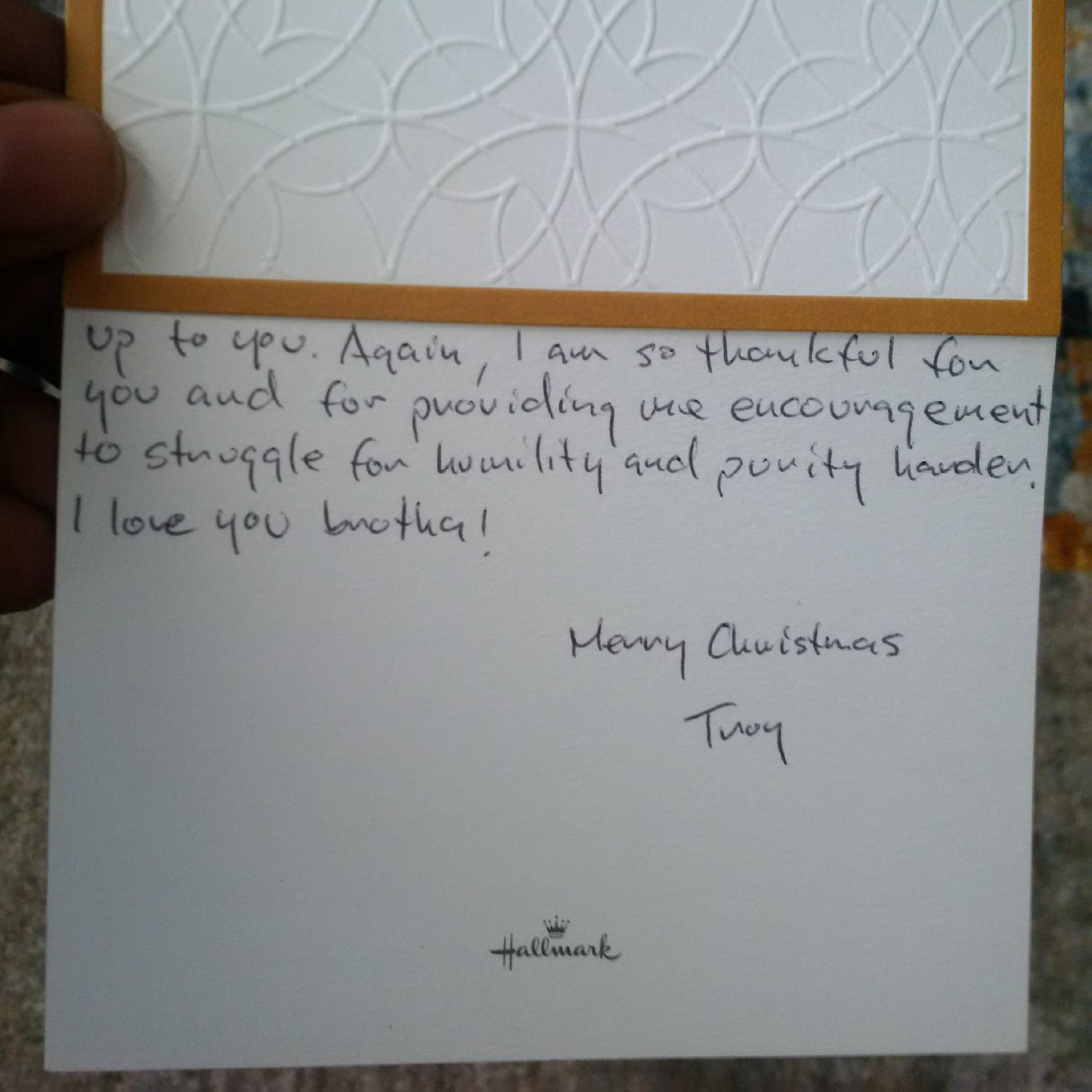 It's moving stuff. And McFadden, who had played six of his seven NFL seasons with the Steelers and had seen Polamalu's greatness on the field on a daily basis, appreciated every word of it.

"A lot of people don’t realize that my last year in Pittsburgh, some of the guys kind of witnessed it, but it was very frustrating for me," said McFadden, who had played in two Super Bowls for the Steelers, winning two. "Going into camp, I started off camp playing really good football and then I tore my hamstring. I wanted to press myself to get ready for the opening game, which was against Baltimore.

"I wasn’t healthy, 100 percent healthy, but I wanted to go out and fight with my brothers and I ended up tearing my hamstring in the first half of that game. I kept trying to fight through it and stayed in that ballgame. Long story short, we ended up losing that game and I ended up hurting myself even more.

When he returned from the injury a few weeks later, William Gay had replaced him the starting lineup, with Keenan Lewis stepping into the lineup on passing downs. McFadden was relegated to being a player who came off the bench.

"They were playing good football and the defense was playing good football. You know the old saying, if it’s not broke, why fix it?" McFadden said. "The frustration for me was well documented with a lot of the guys. Troy saw some of the things I was going through and some of the things that were being told to me, as well. But I never wavered. I came in with a positive attitude and did whatever was called on me to do. That’s what warranted this letter from Troy."

Polamalu was offering words of encouragement at a time when McFadden needed them most. And though they were teammates and close, McFadden mostly kept his frustration with the turn of events to himself.

"The thing about Troy that was surprising to me was that I didn’t think he was paying attention to some of the things that were going on with me," McFadden told me. "I didn’t talk a lot about it because it was my personal problem. For him to be a teammate, an individual who had everything going for him, and see what I was going through and write this, it tells you what type of individual he is."

That was the end of the road in the NFL for McFadden. But he's kept that letter locked away, pulling it out now as part of the celebration of Polamalu being elected to the Pro Football Hall of Fame.

That event will take place later this summer and you can bet it will be a Steelers reunion as his former teammates come out to celebrate not only the player Polamalu was on the field, but the man he is off it.

And it's because of things like a handwritten letter from a superstar player to a struggling teammate who was at a low point in his career.

"At the time, it really hit home because here was a superstar player that had everything going for him on the field and off the field," McFadden told me. "We had a really tight bond, that goes for all of us. For him to see my battle, the adversity I was going through — at the end of the season, I knew I was going to be released. I never played again. It really meant a lot. I still have it to this day."

• The Steelers are knee deep in their draft preparation with the event being less than a month away. And they'll continue to prepare as if the league will keep the draft on April 23 through 25. And it appears they are probably done with free agency unless the draft prep leads the team to believe it won't be able to fill an obvious need moving forward. We might not see the Steelers do anything in terms of signing another player with NFL experience until after the draft. No, adding XFL players doesn't count. -- Lolley

• The lack of veteran signings would appear to also include a true nose tackle. The Steelers seem intent of moving forward with Tyson Alualu at the nose to replace Javon Hargrave. After all, the Steelers only play the 3-4 25 to 30 percent of the time, so they don't necessarily need a "true" nose tackle. And Hargrave was more of a penetrator, anyway. The Steelers allowed 3.8 yards per carry in 2019, which ranked third-best in the NFL. -- Lolley

• While the regular season may extend into October this year to make sure there are as many games played as possible, that does not mean Jameson Taillon will pitch in a major-league game this year. He had his Tommy John procedure in mid-August of last year, and for those who undergo the surgery for the first time, the recovery period is usually 12-15 months. That would suggest a September or October return. However, Taillon's surgery is a revision, which takes 16-18 months to recover. The goal is still for him to be healthy for the next five to seven years, not getting him to pitch in the majors in 2020. For what it's worth, his rehab is going well, and he is now throwing from 120 feet. Barring any setbacks, he'll be ready for spring training next year. -- Alex Stumpf

• It looks like once the second spring training gets underway, it will be shorter than usual, as both the league and players want to get the regular season started as soon as safely possible. As a compensation, clubs might be allowed to carry extra pitchers at the beginning of the season, which could be good news for players who are out of minor-league options, such as Clay Holmes and Dovydas Neverauskas. Neither has done much in their major-league careers, but both get outstanding movement and spin on their pitches. The old coaching regime did not know how to use those tools effectively. While that does not mean the new staff can make them reliable pitchers, it does afford a couple guys another chance to stick with their club rather than be waived or released. -- Stumpf

• Team president Travis Williams liked what he was seeing out of spring training, so of course he is disappointed the season had to be delayed. It was going to be his first opening day with the Pirates, and the club was slated to announce new features coming to PNC Park in 2020 shortly before the season started, including improved seating and food. Of course, that means little in the face of a pandemic. "There are things more important than baseball," Williams was telling me. "We all understand that. We're all dads, husbands, sons. We understand family is the most important thing, and we want to make sure all our players, coaches, staff, all of them, were safe." -- Stumpf

• Rick Kehoe, one of the top goal-scorers in Penguins history, is a pro scout with the Rangers these days. When he showed up for the Penguins' game against the Hurricanes at PPG Paints Arena March 8, someone mentioned to him that, based on the way they had performed in a 5-2 loss to the Capitals the previous day, the Penguins could use him in their lineup, he chuckled and responded, "I'll only play the power play." When it then was suggested that he might be able to help that unit, Kehoe said, "If I get the puck, I'm shooting it." It wasn't clear whether he realized the Penguins could use someone who would do that, too. -- Dave Molinari

• Penguins officials, like those of most NHL clubs, generally have kept a low profile since the NHL shutdown took effect 15 days ago, allowing league executives to put forth most of the information that circulates to the public. That includes not revealing how many -- if any -- players or team staffers have been tested for coronavirus. This much, however, seems certain: If someone from the organization tested positive for the virus, it would be announced, probably with great haste. Not so much because that kind of news almost certainly could not be stifled for long, but because, given how quickly and easily the virus could spread, it will be socially irresponsible to not get the word out to others who might have come in contact with the infected individual. To date, the only NHL players known to have recorded a positive test result are two members of the Senators and one from the Avalanche. -- Molinari

• Bet that all but the most devoted followers of hockey at every level missed this news -- OK, that means a lot of you probably know all about it -- but former Penguins forward Shean Donovan was named coach of the year in the Hockey Eastern Ontario Midget AAA league after leading the Kanata Lasers to a 31-9-1-3 record. The Lasers won the league's championship tournament after placing second overall during the regular season. Donovan, also a development coach with the Senators, had six goals and six assists in 65 games with the Penguins during the 2001-02 and 2002-03 seasons. -- Molinari