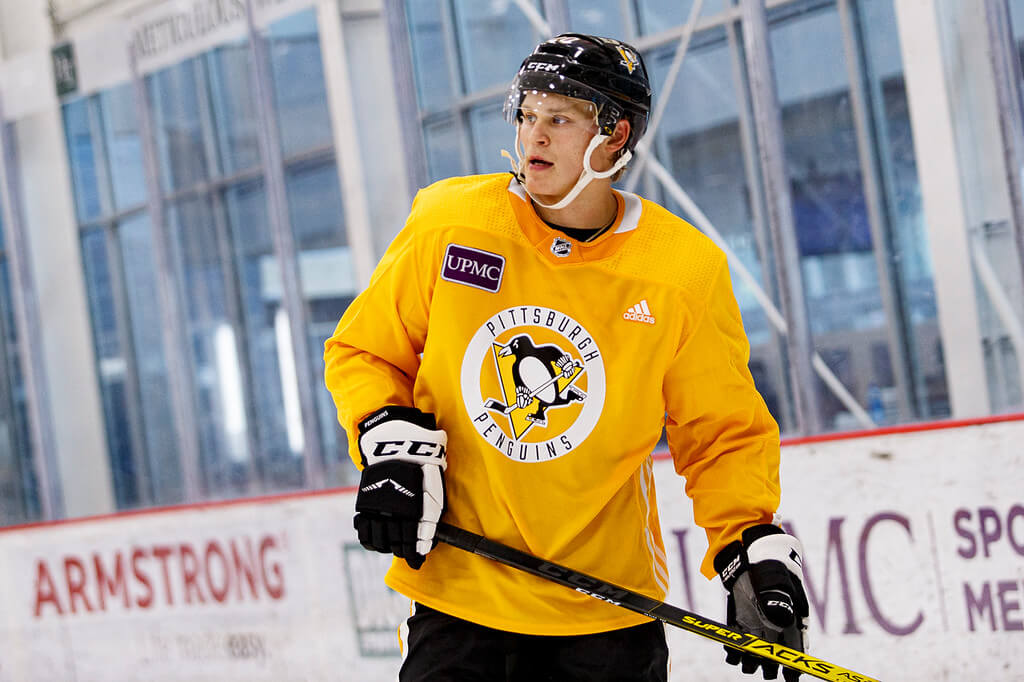 Don't rule out a possible Kasper Bjorkqvist return if the AHL is able to resume its season.

Bjorkqvist, 22, only played six games this season with Wilkes-Barre/Scranton before injuring his ACL and requiring knee surgery to repair it. After his surgery, he was expected to be sidelined for six months. Barring any setbacks, that would have him set for a return in early May.

Mike Vellucci told me this week that Bjorkqvist had resumed skating on his own shortly before the season was put on pause, and continues to rehab his injury during the stoppage. We don't know when (or if) the AHL season will restart, and Vellucci said that he couldn't give a definite answer either way on if Bjorkqvist will be able to play this year, saying "ACLs are really a long-term thing."

Bjorkqvist's insane work ethic and training habits are well-documented, and that continues in his recovery process.

"He worked on things he could still work on. Obviously, he's a physical specimen with his strength and his conditioning," Vellucci said. "He worked on other aspects of his game that we talked to him about with Ty (Hennes), our skills guy. We talked about working on his hands and his shooting. If that guy didn't stick handle three or four hours a day, he was doing it five or six hours a day. He's such a hard worker."

As disappointing as the injury was for Bjorkqvist so early into his rookie season, he kept a positive attitude and remained a good presence in the locker room.

"He's definitely a positive presence," Vellucci said. "He's such a good person. I really, really enjoyed my time with him this season. He's pleasant to be around, that's for sure."

I'll have more from Vellucci on Wilkes-Barre's season and the other NHL-contracted rookies in Saturday's story.