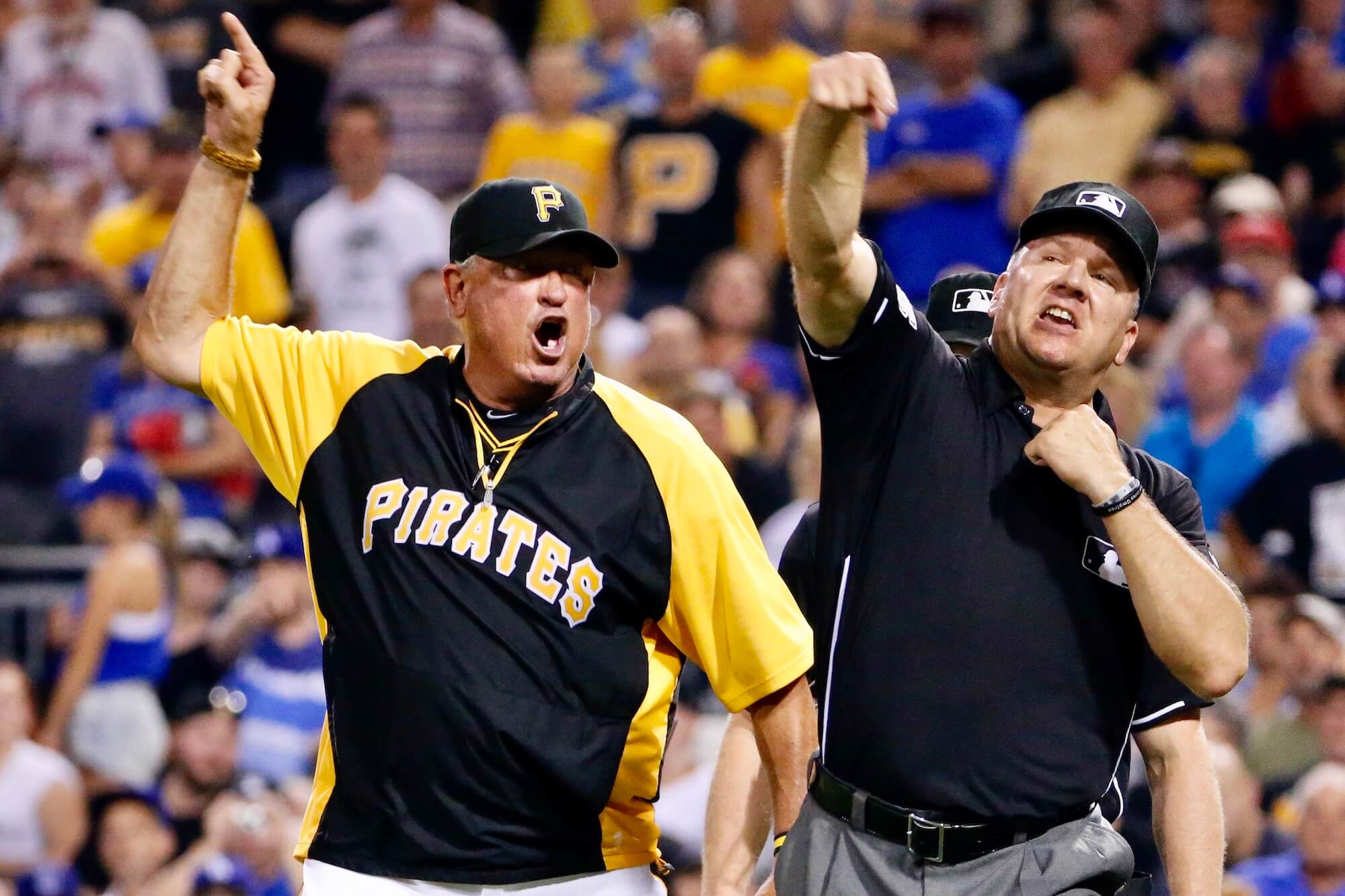 Each Saturday during the ongoing apocalypse, beginning today, I'll revisit an older column that ran on this site, accompanied by a handful of current observations about it at the bottom.

The one below is from July 22, 2014, originally headlined, 'That's baseball, man,' and it's the first full piece ever published on what then was called DK on Pittsburgh Sports. It was written from PNC Park off the Pirates' 12-7 victory over the Dodgers:

Here’s a story I’ve never told publicly, but hey, if not here, if not now, then when?

It’s about the Pirates and Dodgers, but about a very different group of Pirates in a very different place: It was the first of May, 2010, at Dodger Stadium, and Ramon Ortiz of the Dodgers threw high at Andrew McCutchen. Cutch was a promising player at the time, not yet a star but by far the best of a train-wreck roster well on its way to 105 losses.

See, Cutch had homered in the opening inning, and the Dodgers thought they saw him make some celebratory gesture rounding second base. I was there. No such thing occurred. But perception can be reality, and reality in baseball can be retaliatory. Some Rule 5 scrub named Carlos Monasterios started for L.A. that night, and he went high and tight at Lastings Milledge and Ronny Cedeno in the next inning.

That apparently didn’t satisfy. The Dodgers summoned the creaky vet Ortiz, and Ortiz threw high and tight at Cutch, then over his head.

“I’m sure,” Cutch would say afterward, "it was just a couple pitches that got away from him.”

Regardless, that wasn’t the greatest baseball crime committed on this night. That came in the bottom half of that inning, when Zach Duke, in a blessing of the highest order, had Ortiz coming up to bat. Ortiz was in long relief, and the Dodgers couldn’t afford to hit for him. All the stars were aligned.

One fastball followed, nowhere near Ortiz.

Then three curves. I kid you not.

And ultimately, the hollowest of strikeouts.

In professional sports’ most cramped locker room afterward, there was nowhere to hide. A few players spat and swore. Coaches flung towels angrily. All aimed at Duke, who sat stone silent at his stall — still in full uniform — taking it all like corporal punishment.

In the manager’s office, before a small group of reporters, John Russell took the standard stance when I asked what he thought of Duke about Ortiz’s high heat at Cutch.

“I don’t like it,” he said, biting off each word but clearly not interested in a follow-up.

As the session ended and we reporters exited, Russell called me back into the office.

“What do you think I thought of that?”

He then went on a passionate, profanity-laced, you-wouldn’t-believe-this-was-John-Russell tirade that might as well have shaken Chavez Ravine.

Not at me. Not at Ortiz. But at Duke.

I’ll leave the rest out, out of respect to all concerned. But suffice it to say that, when I exited the office for good, Duke called me over. And in the quietest possible tone, he said this: "I had to step up and retaliate. I dropped the ball.”

So please, spare me any piety that might follow what the 2014 Pirates did to the Dodgers on this searing Tuesday night at PNC Park when, again, Cutch saw high heat.

I don’t care that Justin Wilson planting a 97-mph fastball into the ribs of Justin Turner led, indirectly, to Los Angeles slashing a four-run deficit to one.

I don’t care that Wilson got tossed by home plate umpire Tony Basner, bizarre as that was without warning.

Honestly, I wouldn’t have cared even if the Dodgers had come back to win, rather than the Pirates rallying right back ahead to prevail, 12-7.

What mattered most in this equation is something outsiders — yes, even including people who spend their lives covering baseball — seldom get to see: The code was followed.

Not that anyone would acknowledge that afterward, of course.

I asked Wilson and ... well, take a look for yourself:

Yeah, right. Give Wilson credit. He slid through that one like a pro.

And one thing about the code: It's rarely cracked. You could survey that clubhouse for hours on end, on the record, off the record, and not find a soul willing to admit anything intentional occurred.

Except maybe in one form, from Hurdle: "That's a great team win. There was a lot that went on out there, and we took care of it."

The Pirates have been doing a lot of that lately, and it isn't something to be dismissed lightly. It's how a team overcomes an awful April. It's how an MVP gets to be an MVP, with the protection of his teammates. It's how the record currently stands at 53-47, with a chance Wednesday to take a series from one of baseball's best teams.

A handful of observations, as promised above:

• I don't remember much about that night, other than feeling pressure to produce something special ... if the game presented that as a possibility. I'd been convinced for some strange reason that it would. Which, fortunately, it did with Wilson throwing at the dude from the Dodgers. And once that triggered the memory of Duke and L.A., I knew I'd take that route no matter the outcome.

• It's amazing to me, in hindsight, how many templates this column set for me moving forward. I wanted the site to be about readers trusting someone on the inside, to deliver original information, to mix experience with enthusiasm. This wasn't extensive, obviously, just 854 words, but it also delved into the hyper-specifics that we still emphasize as a staff: Take a single moment and own it, as I preach here. It's not about the game. It's not about the score. And it's never, ever -- I actually hate this next word -- a recap. A robot can do a recap. It's a regurgitation of what everyone just saw. This approach is about digging.

• The video interview with Wilson also set an instant template for us. That wasn't planned. I'd asked him a question in a certain way that was guaranteed to get a lie from him. So, rather than limit his response to my written description, I found a way to embed the video into the text. We've done that ever since.

• I was glad it was about baseball.

• When I read this again, I wonder if maybe I haven't gotten away from writing as briefly as I should. My average column now is around 1,500 words, or twice as long as this. The one up there feels like it packs a real punch, even without necessarily covering all the bases. Just a thought.

• One thing I do remember about that night is feeling good upon leaving PNC. The previous 48 hours had been a rush unlike anything else in my life, the previous day seeing me resign from the Tribune-Review, the previous night seeing this site go live and this day -- just like that -- seeing me at PNC Park for batting practice, as if nothing else had happened. The original comments aren't available anymore, as we've changed platforms multiple times in five-plus years, but the reaction was just so uplifting from the hundreds of people who'd signed up right away.

Let's do it again next week. Something different.