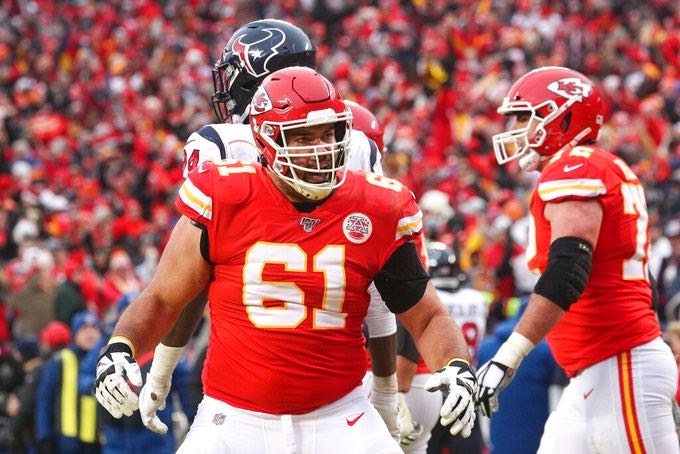 But Stefen Wisniewski is getting an opportunity both his uncle and father could only dream about. He'll get to play in the NFL for his hometown team -- the Steelers.

Wisniewski, a nine-year NFL veteran, was signed by the Steelers as a free agent last week. It's something about which he and his family could only talk about before when they sat around the dinner table.

"They both said it would have been cool to play for the hometown team, the Steelers. But free agency was different back then," Wisniewski said Friday. "My dad didn’t have too many choices and my uncle had limited choices, as well. They both played their whole careers for the same team. I definitely feel blessed that I had the choice, the option, to come back to Pittsburgh."

It's something about which he dreamed for a very long time.

A graduate of Central Catholic High School, where he was a member of the 2004 and PIAA championship team, Wisniewski followed his father and uncle to Penn State, where he also had a stellar career. That led to him being selected in the second round of the 2011 draft by the Raiders.

Wisniewski became an immediate starter for the Raiders. But winning wasn't in the cards. After four losing seasons in Oakland, he signed a one-year deal with the Jaguars in 2015. Again, another losing season.

Wisniewski moved on to the Eagles from 2016 through 2018 and finally had his first winning season. He also won a Super Bowl, starting in the team's win over the Patriots. But he was released at the end of training camp in 2019 and thought his career might be over.

"I didn’t have an offer there for a couple of weeks. I believe when the Chiefs called, there was another team or two that called that same day," Wisniewski said. "I think the Chiefs, I knew were a good organization, a good football team. I definitely couldn’t have dreamed it would work out that well. It really was like a story, a novel. I get released and I’m an experienced veteran. I’m sitting on my couch, waiting for a September call, not really sure why I’m not getting picked up."

It worked out well. The 31-year-old Wisniewski wound up starting the final five games of last season for the Chiefs, including the Super Bowl. There aren't many players who can say they started on two Super Bowl-winning teams in three seasons.

"I’ve been really blessed. In my first six years of my career, I didn’t have a winning season, didn’t make the playoffs once," he said. "I saw the other side of the NFL, struggling with losing on bad teams. That made me appreciate getting one Super Bowl, let alone being blessed to get two."

Now, he'll get a chance to make it three in four seasons with the Steelers this year.

With left guard Ramon Foster's retirement last week and the loss of B.J. Finney in free agency, the Steelers not only had a spot open in their starting lineup, but as their backup guard-center, as well.

Wisniewski, who has started 103 of the 134 career regular season games in which he has appeared, saw joining the Steelers as a no-brainer. He turned down other offers -- including one to return to Kansas City -- to sign a two-year, $2.85-million deal with the Steelers.

"I’ve been a starter most of my career. I wanted to go somewhere I would have a chance to be a starter," he said. "With Ramon, I knew that would be an open job. That was exciting. It’s definitely more exciting because it’s not just any starting job, it’s a starting job with the Pittsburgh Steelers, where I grew up. I’m getting to to play for my hometown team, where I grew up and in front of my family. That’s something I always hoped. The fact all the stars lined up, I was super excited and jumped on that opportunity really quickly. I had a few other options. You don’t turn down your hometown team, especially when you have a great opportunity like I have."

Wisniewski is in his offseason home in State College, Pa., working out. Usually, he works out at Penn State's facilities. But they're closed right now, like most everything else, because of the coronavirus outbreak.

That could make winning that starting job more difficult. Then again, as a veteran, he expects he'll pick things up quickly once the Steelers finally are able to take the field.

He's got more motivation than most. This is something about which he's dreamed his entire life.

"I definitely remember every Sunday when I was young, a Sunday tradition for our family, and I’m sure it was a tradition for a lot of families, wake up every Sunday, go to church, make sure you’re back from church on time for the 1 o’clock kickoff to watch the Steelers game," Wisniewski said. "I remember watching the Steelers every Sunday and wearing the black and gold. I remember going to some games. I can’t remember the first game, but I definitely remember being at some games fairly young and waiving the Terrible Towel. I remember two games specifically that were cool.

"At Central Catholic, when we won the state championship, the Steelers have a tradition of inviting the championship football teams to games. I remember being at Heinz Field with my team and remember that was really cool to be celebrated like that by the Steelers. When I was a senior in high school, I was a member of the U.S. Army All-America Team. I remember being on the field and they honored us. That was cool. I’ve played at Heinz Field as a high school player. We played Gateway in 2004. It was really awesome getting to play at Heinz Field as a high school kid."

Now, he'll get to do it and get paid.

With a father and uncle who both played in the NFL, the dream of playing in the league was always there for Wisniewski. It wasn't a far-fetched fantasy.

But playing for his hometown team? That was something neither of his family members managed.

"When you grow up in Pittsburgh, I always thought it would be awesome to play for the Steelers," Wisniewski said. "You don’t always get to pick where you play. You get drafted and you go somewhere. In free agency, usually you have two or three choices. It doesn’t always work out that you get to pick any team you want. This year, it did work out and I get to play for my hometown team."