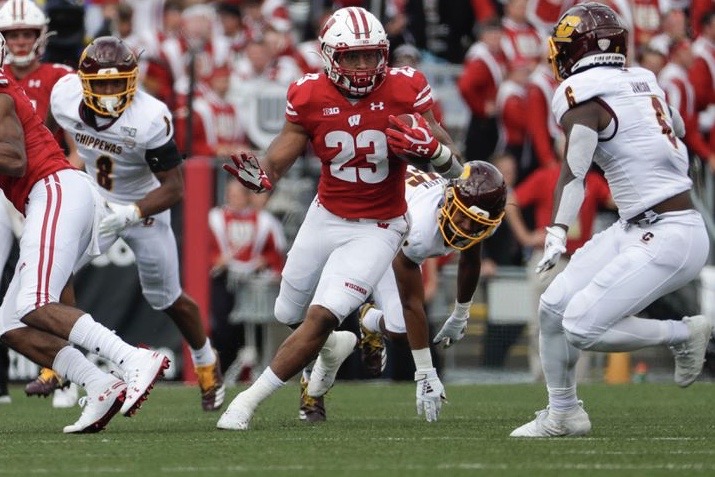 We're now a little under a month away from the 2020 NFL Draft and there's little news to be had in terms of visits, updates and other things that are typically happening around this time of year.

It's weird. This will be unlike any draft that's been held in the past 25-plus years I've been covering the league. Coaches, general managers and scouts are sequestered in their homes. So is the media, for the most part.

This is where teams that have veteran coaching and scouting staffs will have an advantage. They can work their contacts better than newbies in the business.

Need to know more about a guy's off-field character? Get on the phone to a trusted source at that school.

Or maybe it's a team doctor you want to talk to. You get the idea.

And, as I wrote after the Steelers made their flurry of moves two weeks ago at the end of the first week of free agency, they have filled a lot of their immediate needs.

That will make this draft all about wants and the future.

With that in mind, let's get to my fourth mock draft of this offseason.

For those needing a reminder, here's what happened the last time I did a seven-round mock for the Steelers prior to the start of free agency. And here was my second attempt a couple of weeks before that. Finally, here was my initial mock before the NFL Scouting Combine was held.

Round 2, pick 49 -- Jonathan Taylor, RB, Wisconsin (previous pick, Tee Higgins, WR, Clemson): I ran this on a mock draft simulator and there was an extreme run on receivers before my pick. But there were only two running backs taken, D'Andre Swift and J.K. Dobbins. That left me choosing between Taylor and Clyde Edwards-Helaire. I love Edwards-Helaire and he's the better receiver, but Taylor has game-breaking speed. Taylor's 15 fumbles in college are concerning, but he's a proven commodity who will make an immediate impact. Hey, they just added one former Badgers star to their backfield in fullback Derek Watt, why not another?

Round 3, pick 102 -- Ashtyn Davis, S, California (previous pick, Zach Moss, RB, Utah): With running back taken care of with the first pick, I looked at edge rushers, linebackers, offensive line and receivers with this pick. But another safety is a need, as well. Davis is a 6-foot-1, 202-pound, rangy safety who would allow the Steelers to play some three-safety sets, allowing Minkah Fitzpatrick to slide down into the box at times. A former track star, he also can slide down and play slot, if needed, as well. And he's a high-character guy who also could star on special teams. He probably shouldn't have still been available, but a groin injury that kept him from running at the combine could push him down some team's boards. Don't worry, he's plenty fast enough.

Round 4, pick 124 -- Darrell Taylor, OLB, Tennessee (previous pick, Benito Jones, NT, Mississippi): Taylor has some pop off the edge, posting 16.5 sacks the past two seasons. But he needs some seasoning. After releasing Anthony Chickillo at the start of free agency, the Steelers have a need for another edge player who can be added to the mix. Taylor could certainly fill that need while he learns.

Round 4, pick 135 -- Rashard Lawrence, DT, LSU (previous pick, Devin Asiasi, TE, UCLA): The signing of Eric Ebron and restructure of Vance McDonald's contract fills the tight end needs, but the Steelers could certainly add to their defensive line rotation. Lawrence is a 6-foot-2, 308-pound plugger who could work into a rotation with Tyson Alualu on the nose if he works out. He has a little juice as a pass rusher, as well.

Round 6, pick 198 -- Quez Watkins, WR, Southern Mississippi (previous pick, Jonah Jackson, G/C Ohio State): Watkins is a work in progress as a receiver coming out of Conference USA, but the Steelers don't need him to necessarily contribute right away. What he does have is speed. He ran a 4.38-second 40-yard dash at the combine and that speed shows up on tape. With some seasoning, he could turn into a nice find late in the draft.

Round 7, pick 232 -- Evan Weaver, LB, California (previous pick, John Reid, CB, Penn State): After releasing Mark Barron and losing Tyler Matakevich in free agency, the Steelers could use a depth pick at inside linebacker. Weaver, much like Matakevich, is a smart tackling machine. He's doesn't do anything great, but he's aggressive and his 4.76 40-yard dash at the combine was good enough. He has the makings of a nice backup/special teams ace.