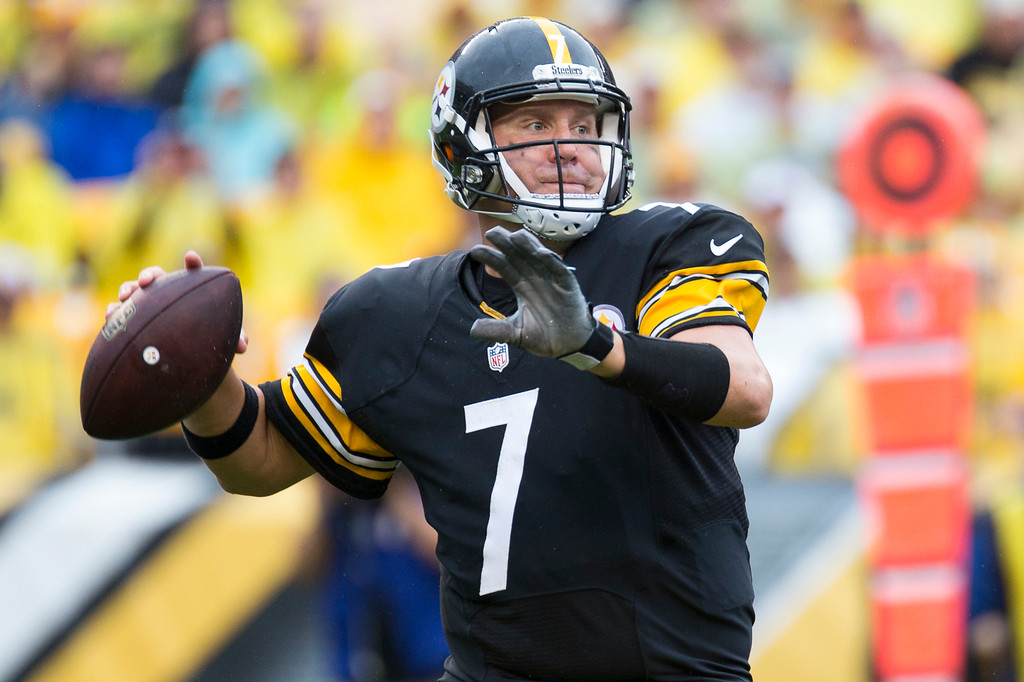 Ben Roethlisberger has won two Super Bowls. He's led the NFL in passing yards twice. Appeared in the Pro Bowl six times. Came back from a near-fatal motorcycle accident in 2006. Fought through injuries on the field. Won the NFL Offensive Rookie of the Year in 2004.

Now, however, Roethlisberger met his match. Trapped at home during the coronavirus outbreak, Roethlisberger and his wife, Ashley, are in charge of homeschooling their three young children, Ben, Jr., Baylee and Bodie. And that's a challenge that has them occasionally crying "uncle."

"What kids?" Roethlisberger first joked when asked about the task on Wednesday's DVE Morning Show.

Then came the details.

"You know, it's crazy because ... We kind of live out in the country a little bit," Roethlisberger said. "Out here, you don't really notice much difference, right? Other than the kids are always here. We love the kids and stuff, but it's definitely [brought] a newfound respect for teachers. It's not easy doing, literally trying to put together the curriculum and all this stuff that we have to do. You have to team up, right? We tap out every once in a while. Like, mom's like, 'I need to tap out,' or I'll be like, 'Hey, I need to tap out, give me 30, 45 minutes to kind of just unwind.'"

Roethlisberger was quick to add that he was in charge of things such as gym class and recess, keeping the kids active while continuing his own rehabilitation back to the football field. Last season, Roethlisberger went down in a Week 2 loss to the Seahawks with a season-ending elbow injury that required surgery. Now, Roethlisberger looks primed to return for the 2020 season at 100 percent, but there are no guarantees for a 38-year-old quarterback entering his 17th year in the NFL — especially now that his recovery is impacted by the coronavirus.

That said, Roethlisberger did his part to put any worries to rest.

"I don't think ... there's no setbacks," Roethlisberger said of his recovery during the quarantine. "I'm doing everything that I would be doing right now. There's nothing different I would be doing if there was not this virus out there. So I'm still throwing three days a week and working out five days a week. I'm doing all that stuff."

Roethlisberger did note one drawback, though.

"The only part that is going to potentially be a hindrance, if you will, is, like, getting out there and getting, kind of, live reps. Obviously not getting hit, but the OTA minicamps, the throwing to receivers on the move — a defender's on him, so you kinda have to fit it into a tight window. Some of those kind of things are the things that I'm going to miss. But also I've been doing this for a long time, so hopefully I can just rely on that when it comes time."

Roethlisberger mentioned that he's still working with his trainer at his house as well as Ryan Switzer, but also noted that he always maintains a safe distance and "throws from a distance" when doing so. It's a unique situation, but in context, it all makes the return that much more exciting for Roethlisberger.

"I'm excited, obviously, to get back out there," he said. "I think the guys are [too]. I talk to quite a few of them and check in with them from time to time. I think that we got to see some growth from guys."

There, Roethlisberger dug into the performances from Diontae Johnson, James Washington and, of course, JuJu Smith-Schuster.

"I thought Diontae really showed what he's capable of doing," Roethlisberger said of Johnson, who put up 59 catches, 680 yards and five touchdowns while earning second-team All-Pro honors as a punt returner in his rookie campagin.

The praise didn't stop there, though.

"I thought James Washington really took some big steps in terms of his conditioning," Roethlisberger said. "You kind of are able to see some of the small things when you're on the sideline that you wouldn't normally see when you're in the huddle or on the field. I saw James Washington on numerous occasions, multiple times a game, run deep routes — obviously full-speed, looking for the ball — doesn't get it, and he is like sprinting back to the huddle and runs another route. He spent last season really putting his conditioning above, I think, pretty much everything else. And I think it showed last year, and I think he's going to continue to do that and he's going to continue to grow and get better."

From there, Roethlisberger turned his attention to Smith-Schuster, who posted his worst season as a pro, catching just 42 passes for 552 yards and three touchdowns throughout an injury-shortened 2019. But for Roethlisberger, none of it was negative. In fact, he left impressed by Smith-Schuster by year's end.

"I think one of the most impressive things which I saw on the sideline and had communication with him was JuJu," Roethlisberger began. "I think you saw a guy that wasn't as productive as he wanted to be and as he was expected to be, but he was still able to go out there and be a leader for guys. Guys in that receivers room, guys were still looking up to him, still talking to him. He was out there giving it everything he had. It's not easy for guys to do, but he took a selfless mentality and attitude into last season, and I think it showed for guys like me that could really see it."

In 2020, Roethlisberger's options will extend beyond that group of receivers. The team added former No. 10 overall pick Eric Ebron to the mix, where he will work alongside Vance McDonald to give the Steelers a lethal 1-2 punch at tight end.

"I'm excited for what he could potentially bring to us opposite Vance and kind of stretch the middle of the field," Roethlisberger said. "I'd like to do some stuff with him on the outside and maybe get some matchup opportunities that are favorable to us, so I can't wait to get to work with him."

Beyond that, the Steelers could still add through the draft as well. Many mock drafts have the Steelers taking either a running back or a wide receiver early, and Roethlisberger tends to agree.

"No, I still think — honestly I have no idea what's going to happen — but I still think that they'll address the offense," Roethlisberger said. "We've gone defense in our top picks for a long time now ... and it showed. Last year, it was so much fun to watch our defense, to go against them early in the year. They're special. They're going to continue to get better, I think, as they grow together. I'm excited about that defense, and we'll see what they decide to do when it comes to the draft."