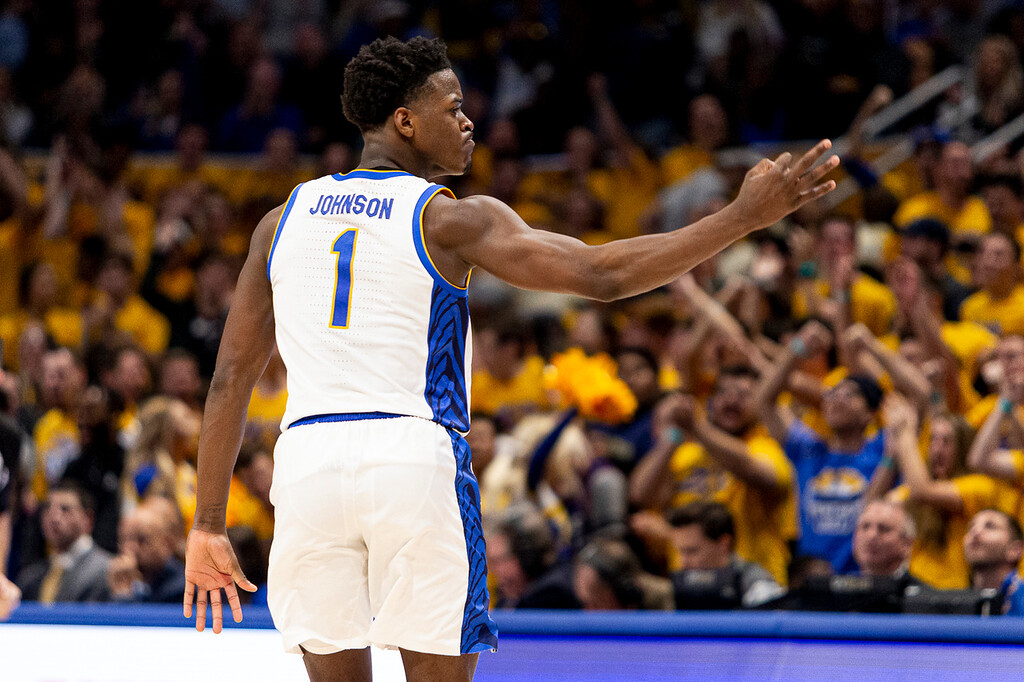 “Honestly, I don’t see myself being here four years."

That was Xavier Johnson late in February of 2019, a now-infamous quote from Pitt's star point guard who, at the time, was piecing together a record-breaking freshman campaign. His 512 points were the most scored by a first-year player in Pitt history, crushing Charles Smith's mark of 434 set in the 1984-85 season.

It was all a surprise, too. Johnson strolled onto campus as an unheralded, three-star recruit out of high school, initially committing to Nebraska before coaching changes caused him to withdraw and look elsewhere. Jeff Capel swooped in with a pitch and an offer, and the deed was done. Johnson was a Panther, and all he did was lead the team in scoring with 15.5 points per game and in assists with 4.5 per contest, putting the ACC (and NBA Draft scouts) on notice in the process.

Then came Year 2, and Johnson did little to help fans forget that not-so-subtle inference that the NBA — not Pitt — was chillin' at the front of his mind.

As a freshman, Johnson had to learn how to handle excellence, smashed expectations and all the fan-and-media recognition that came with it.

As a sophomore, however, the narrative changed. He scored less, dropping to 11.7 points per game, while faltering in crunch time of some of the season's most devastating losses. Poor shot selection led to a diminished shooting percentage — a drop from 41.5 percent as a freshman to 37.3 percent as a sophomore — and everything that worked so well for him as a newcomer slowly evaporated as defenses adjusted and keyed in on him to take away his slash-and-score ability.

"I wasn’t scoring as easy as I did [as a freshman]," Johnson was telling me during a one-on-one phone interview Monday.

Now, things weren't so joyous for Johnson. Instead of praise and confetti showers, Johnson had to learn how to deal with criticism, scorn and disappointment. He deleted his social media profiles briefly during the early stages of the season to escape. Every time he'd swipe to unlock his phone, they'd be waiting. Mean tweets. Critical articles. Comments aplenty blaring the regression horn.

“He broke the freshman scoring record," Capel was saying of Johnson early in the season. "He was a guy last year that was incredibly hungry because no one knew who the heck he was. There was no expectation for him. And all of a sudden, you have a good year individually, and so there’s an expectation of, ‘Well, I can be a pro. It’s something I’ve dreamed about. Maybe it’s close.'”

Instead of handling the ball and running the offense, now Johnson was on his heels. An adjustment had to be made — with the season already in full-swing.

“Yeah, it is actually something you have to [learn how to do] because the fans, fan-wise, I mean, they’re not going to agree with you," Johnson said. "They’re going to bash you into the floor [but] at the same time, that’s what comes along with being the type of player I am."

With Johnson, it's all about context, and this foundation sets the stage for what can be a promising and successful future with Capel's Panthers. And to hear Johnson tell it, that future — right here in the Steel City — has never been more appealing to him.

"That's one of the reasons I got upset with X early in the game and we took him out. He's going in and he's not going strong. And then he comes back and he goes and he dunks it."

This time it's Capel, talking about Johnson slacking and ultimately getting benched early against Rutgers back in early December. Pitt would eventually win, 71-60, improving to 7-2 on the season. But that quote up there would stand the test of time throughout Pitt's 16-17 season.

Because Johnson could do this: