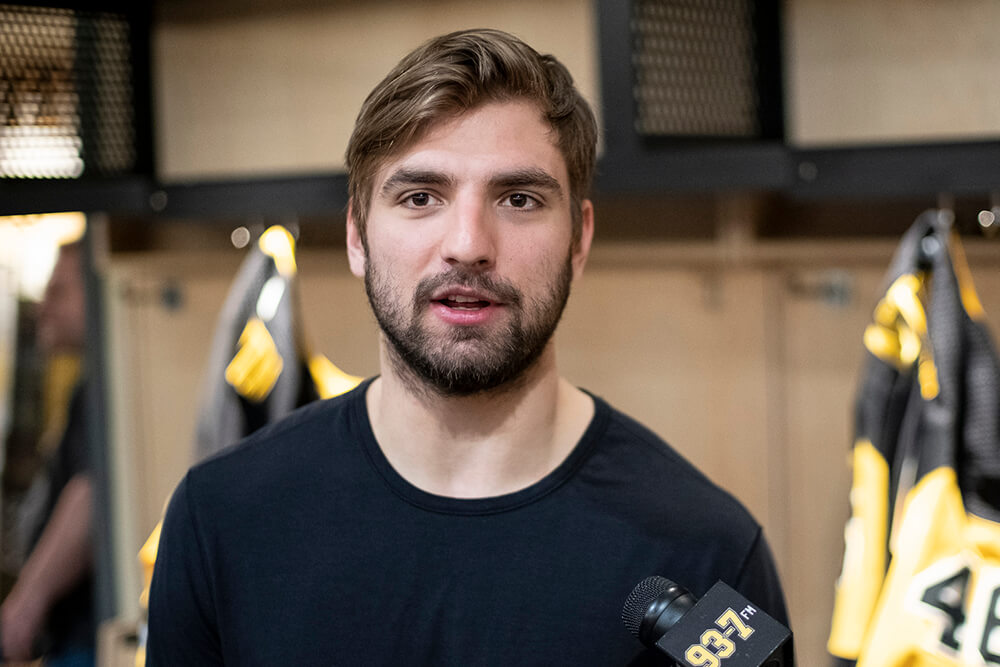 The NHLPA ran a charity gaming tournament called the NHLPA Open on Monday in which over 80 hockey players competed in the video game Fortnite.

The tournament was organized by the Avalanche's J.T. Compher and Leafs' Zach Hyman. Participating teams played in four games, and the top five teams based on the combined point totals from those games will divide and donate $200,000 to player-chosen charities. The tournament had 23 teams representing NHL teams, and five "wild card" teams, including a team of Swedish players and a team of women's players.

The Penguins' team in the tournament was Zach Aston-Reese, Bryan Rust, and Brian Dumoulin, with Aston-Reese serving as team captain.

The Penguins players won $50,000 for the charity of their choice for their performance. They're still deciding on a charity, because as Dumoulin said, they weren't expecting to do so well.

"We just wanted to give it a good effort," Dumoulin said. "We felt like we had a team that could go deep but we weren't sure. We weren't counting our chickens before they hatched."

The full tournament video can be seen on ESPN's Esports Twitch channel.