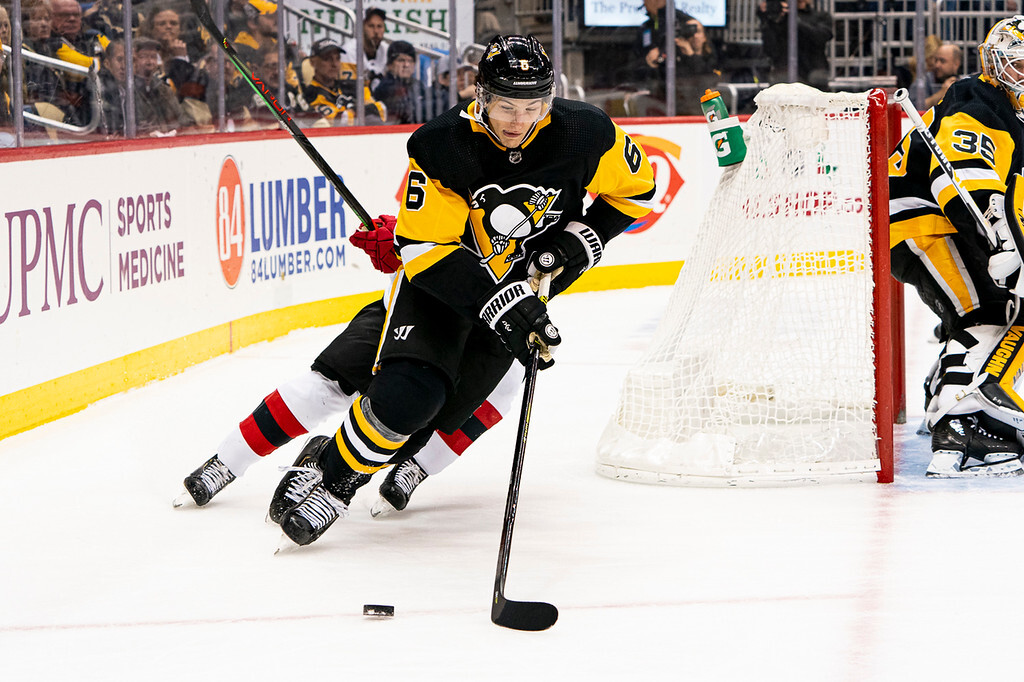 But regardless of pedigree, every young player who participates in a prospects tournament like the one in which the Penguins have taken part every September for more than a decade has the same objective: To prove that there's a place for him in the pro game.

A few step directly into the National Hockey League. Others end up in the minor leagues or back in junior hockey. And some might find themselves manning a drive-thru window or stocking shelves in a grocery store a few weeks later, wondering whether it's time to abandon their dream of earning a living in hockey.

And while those tournaments are an opportunity for aspiring pros to prove themselves, they also give the decision-makers and talent-evaluators from various organizations a chance to assess the talent in their developmental pipeline and perhaps sign a player or two who hadn't gotten a contract to that point in his career.

But because of the coronavirus pandemic, the prospects tournament in which the Penguins participate before training camp every September will not be held this year, Jim Rutherford said Tuesday.

The problem, he said, is a potential conflict stemming from the ongoing delay of the 2019-20 NHL season, which league officials hope can be resumed this summer.

It's conceivable that, if the tournament was held at its usual time, it could overlap with the Stanley Cup playoffs. And if the playoffs do proceed and, as a result, the start of the 2020-21 season -- and thus, the training camp that precedes it -- is pushed back, the prospects already would be involved with their junior or minor-league clubs.

The tournament has been held at the Sabres' HarborCenter practice facility in Buffalo for the past few years -- "They do a good job with it in Buffalo," Rutherford said. "They really run it well" -- and before that, took place at various locations across Ontario, including Kitchener, London and Oshawa.

Last year, Buffalo, Boston, New Jersey and the Penguins sent teams to the tournament. The Penguins went 2-1 and were presumed to be its champions since they won their game against the Sabres, who finished with the same record.

But while scores and records from the tournament tend to be quickly forgotten, the impressions -- good or bad -- prospects make can endure.

During the 2019 tournament, young players like John Marino, Sam Lafferty and Anthony Angello showed they might be able to contend for playing time in the NHL immediately, while prospects such as Samuel Poulin, Nathan Legare and Pierre-Olivier Joseph, among others, reinforced scouts' belief that they could compete for spots on the parent club in the not-too-distant future.

"Over the years, we've seen a few guys stand out in that tournament," Rutherford said. "And the other nice thing about the tournament is that it gives them some competition in games prior to coming into the (main training) camp. It prepares them better for coming into the Penguins' NHL camp."

Of course, those prospects won't be at the camp that takes place before the 2020-21 NHL season, if the league gets clearance from medical and political officials to pick up the season that was suspended March 12.

Not having the tournament will cost some of those players a chance to make an impression on people from their team's front office, but Rutherford noted that it's not only the Penguins' prospects and personnel people who will be losing out.

"It's the same for all teams, so you don't look at (the cancelation) as a setback," Rutherford said. "But we do like that tournament. We can see those guys play (against) guys who are more their age, and who they've been competing against."