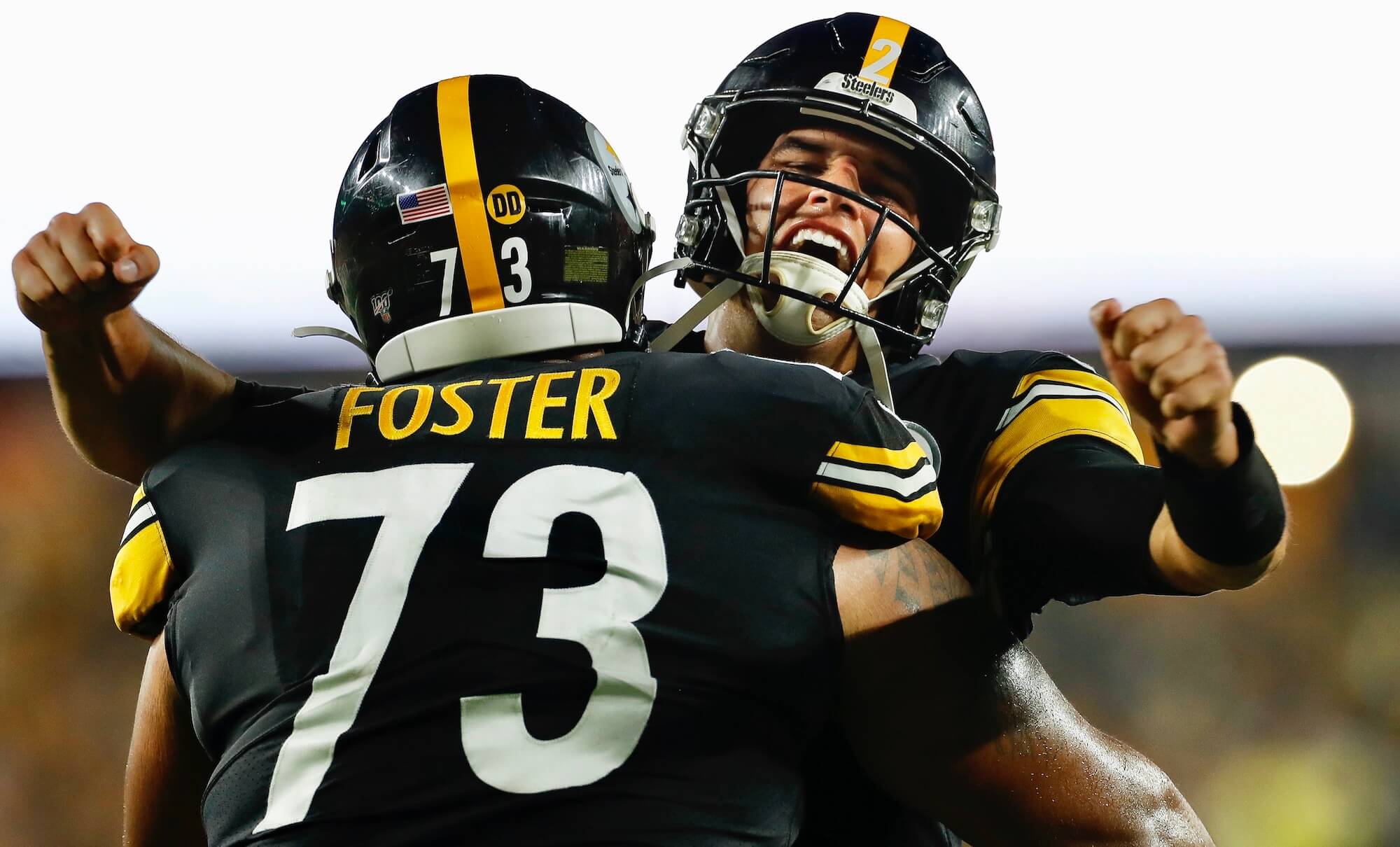 HENDERSONVILLE, Tenn. -- I'm a firm believer that the quarterback is the head of the organization when it comes to the game of football. And that holds true at every level, with the exception of flag football, which I've coached over the past five NFL offseasons.

When coaching kids’ sports such as flag football or pee-wee ball, it almost always comes down to which team has the fastest kid. It's sad but true. I've seen one kid completely win a game by himself in flag football.

Once those kids begin tackle or middle-school football, though, it's all about one position: Quarterback. If they're good enough, they'll control the trajectory of your whole football life as a fan, player, coach and even up to an NFL franchise's ownership. The really good ones are expected to win at least half the games based on their own talent. That's no jab at all the other offensive positions or defense or special teams. That's just how it is when one individual can milk the clock, dice up the opposing defense and have an impact on all three phases that way. 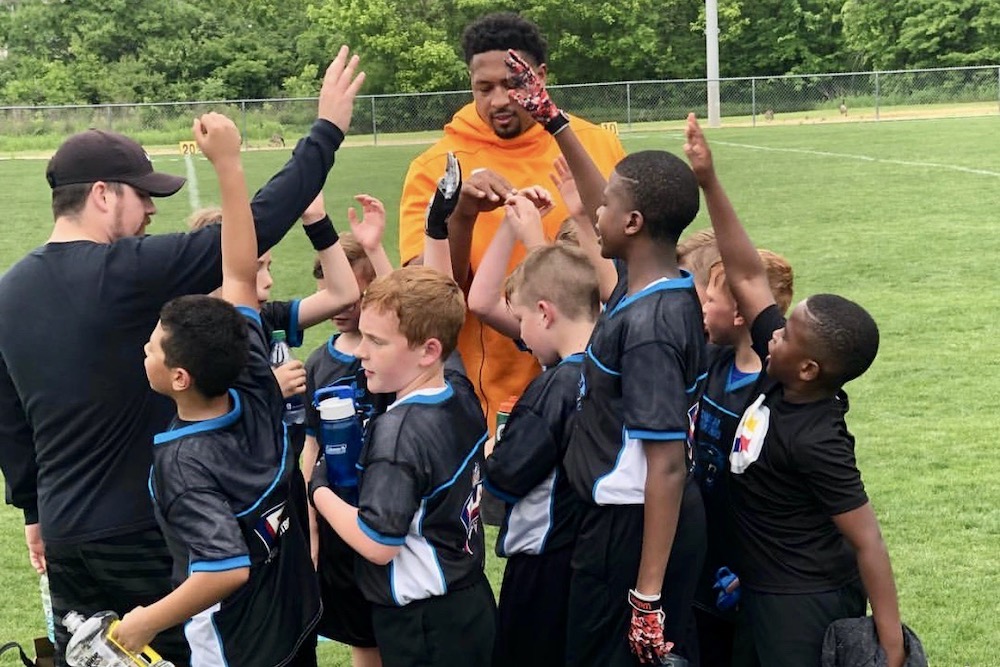 But this piece isn’t about the starter or the franchise quarterback. Let's instead shed some light on the backup or the young starter-in-waiting.

I know you ask: Why focus on the guy helping the starter?

My answer: That guy might have to save the team if the franchise quarterback goes down, or that backup could turn into the new leader of your organization. Ben Roethlisberger did it. So did Tom Brady. And it looks like a little-known backup by the name of Gardner Minshew is doing the same in Jacksonville.

From the day most quarterbacks are drafted into the NFL, there’s a target on their backs until they prove themselves or they're washed out of the league. I've seen the amount of information young quarterbacks have to absorb. It's not easy. They're bombarded with every type of defense they'd ever seen in college, then faced with all of those and more with how complex NFL defenses can be. (Never mind one that's as advanced as the Steelers' defense.) And this has to be learned day after day while working with practice units that are mostly as inexperienced as they are.

Picture this situation: Young quarterback. Young offensive line. Young wide receivers. Let's throw in a rookie running back, too. All of them know collectively that a blitz is coming from Keith Butler's defense, but they can’t pick it up. Next thing you know, you’re left with Devin Bush or Vince Williams buzzing by the quarterback and all the defensive players high-fiving one another. And that's not just a nightmare at practice. It continues well into the nightly meetings.

What did the quarterback do wrong?

Maybe nothing, but he's still the one holding the ball.

Those camp practices go a long way when it’s time to see the growth of a young quarterback, and that growth can only go as far as their confidence and execution of plays in practice allows. Being one of those young offensive linemen who took it to heart when the defense made a play ... it can feel heartbreaking. Also for the center. You feel like you're the one who didn't give your quarterback a chance to finish out his play. But still, all eyes are on that quarterback.

What everyone wants is for that quarterback to have time to allow everything to develop, to set his feet and to make the designated play.

For example, I think we began to see signs of Mason Rudolph's development with some of the throws he made in that Dec. 22 game against the Jets in East Rutherford, N.J., before he had to leave with the shoulder injury:

I recently asked Mason about that game, and this is what he had to say: “I was crushed. Because, when you get hurt, you feel like you’re letting the team down. But I also know that the athletes I’ve admired the most over the years are the guys who could handle adversity the right way and overcome it. The things didn’t go the way I wanted them to go, but it's up to me to learn from that experience and come back a better player in Year 3.”

Being a young quarterback in the NFL should come with a lot more understanding from the teams, fan bases, even the players themselves. It takes time to develop in this league.

There are always locker-room debates or talks we have on the practice fields during downtime, where we ask random questions for no other reason than to argue about what the next person is going to say. One of those questions was once directed at Ben about who’ll be the next big quarterback to take over, and his answer was, “It's hard to judge a quarterback with only one or two years of experience. I wait until a guy has three to four years before you can truly say what a quarterback is going to be in this league.” To me, that’s a very accurate assessment. Even as an offensive lineman, I truly didn’t feel comfortable until Year 3 or 4. The game grows on you.

Sometimes, even high draft picks don’t get that time to develop as quarterbacks. I've seen some who could've used more development but weren’t afforded that time. Johnny Manziel, for instance. A very solid talent, a proven winner in college, and he had the athletic ability and arm strength to do special things in Cleveland. A little more time and maturity, and he could've become a special player for a long time.

Mason went on to say this about young guys thrown in the fire: “This day and age, the reality is that, if you’re a high first-round pick, you’re either going to start from Day 1 or, as soon as the team struggles, you’ll be on the field. We’ve seen guys get thrown in Day 1 who struggled out of the gate and went on to Hall of Fame careers, and we’ve seen guys that got so scarred out of the gate they never turn the corner.”

We share the same ideals about being thrown in the fire, but I'd lean, in general, more toward the development of young quarterbacks while having a veteran to help lead the way.

Mason said this, too: “The only certainty is that the opportunities can come and go in an instant. So whether you get to have a year or two to develop or you get thrown into the fire, you'd better be ready and you'd better be mentally tough.”

So before we jump the gun on crowning someone as the new face of your franchise, give it time, let them grow, know that it’s about ups and downs, and enjoy the ride. And you could end up with a Teddy Bridgewater, Taysom Hill or even Patrick Mahomes, who sat and developed in Kansas City.