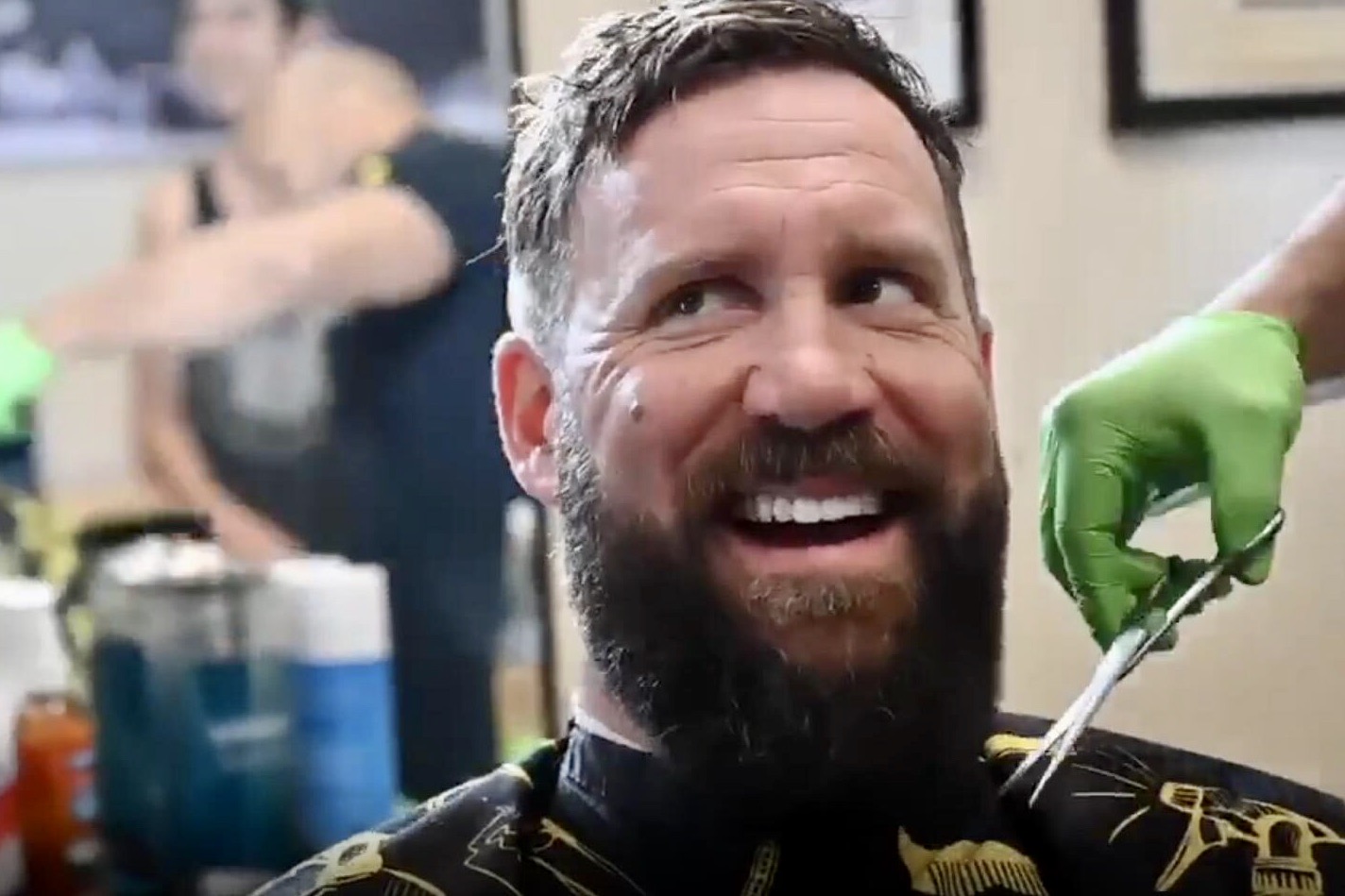 Ben Roethlisberger famously said he wasn't going to shave his beard until he was able to throw a football to one of his teammates again.

That led to Roethlisberger looking like a cross between Yukon Cornelius and Jim Morrison.

Roethlisberger released a video Monday that not only showed him making his beard proclamation, but then showed him throwing with teammates JuJu Smith-Schuster, Ryan Switzer and James Conner on a football field. The final cut of the video was the kindest one -- Roethlisberger getting his beard trimmed up.

Feels good to be back out there with my guys! @TeamJuJu @JamesConner_ @Switz pic.twitter.com/hAlOwr7Ias

At one point in the video, Smith-Schuster looks at the camera and says, "He's back."

That Roethlisberger got rid of the beard is one thing. That he was capable of letting the ball rip with teammates on a football field was something completely different.

As can be imagined, the reaction from some of his other teammates was very positive.

The Steelers, of course, are counting on a healthy Roethlisberger to return in 2020 after missing all but six quarters of the 2019 season because of an elbow injury that required surgery.

The Steelers didn't add another quarterback in the offseason, instead showing faith that Roethlisberger, now 38, will be able to make a full recovery.

"He is doing great thus far. He is in great physical condition," head coach Mike Tomlin said last week during a Steelers Nation Unite call with fans. "Rehabilitation in regard to the injury itself is going well. I hear nothing but positive reports from that standpoint. There have been no bumps in the road. The fact that the injury and subsequent surgery happened so early in the season in 2019 is probably an asset to him and to us as we push into 2020. I think everybody is comfortable with where things are. We're excited about him and what he is going to do for us this year."