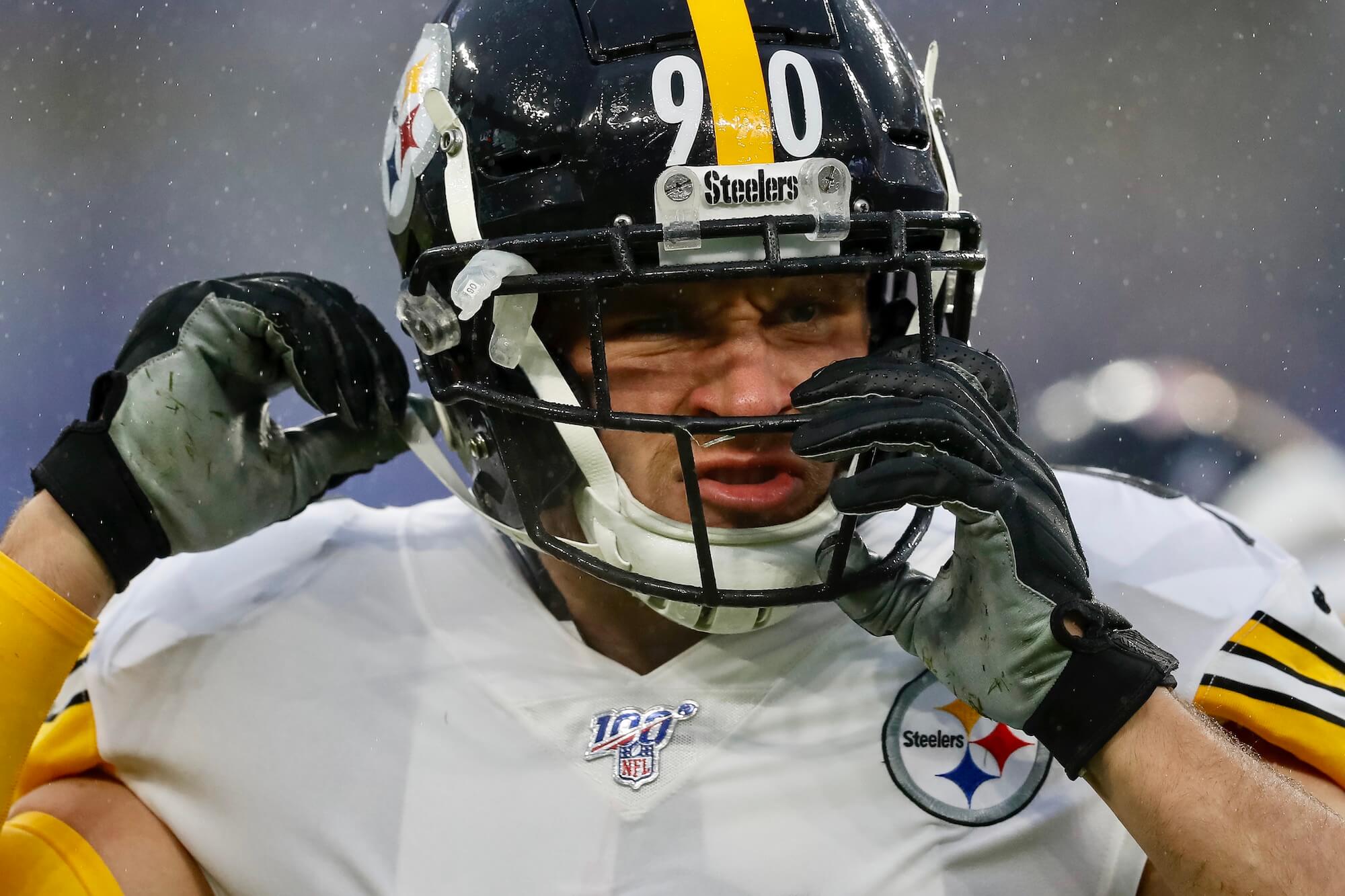 The Steelers finished the 2019 season with the league's fifth-rated defense in terms of yards against. They were sixth in points allowed and led the league in sacks for the third consecutive season while also leading the way with 38 forced turnovers.

But in the NFL things never stay the same from one season to the next.

And with the loss of starting nose tackle Javon Hargrave in free agency, there is a feeling that perhaps the defense won't be quite as good in 2020.

That could be the case. It most certainly won't be the same. But, there are some factors that just might make it better.

"We were a very young team last year defensively. We're just going to continue to gel together," T.J. Watt said this week on Sirius XM's NFL Radio. "This is Blitzburgh. We send the heat a lot. We're very comfortable with it. I don't see us shying away from it at all. We're very good in our disguises, and as we grow, we're only going to get better."

To Watt's point, he's just 25 and was a candidate for NFL Defensive Player of the Year in 2019. Minkah Fitzpatrick, another candidate for the league's best defensive player award, is 23.

The scary thing for opposing offenses should be this fact: The Steelers led the league in sacks and forced turnovers last season despite having a double-digit lead for just over 102 minutes in 2019. And 72 of those minutes came in two games, early-season wins over the Bengals and Chargers.

After that, the Steelers were in dogfights, largely playing in games where they led by one score or less or trailed.

But in those situations where they led by double digits, the defense produced 10 sacks, five interceptions and four forced fumbles, recovering all four.

All told, the Steelers finished 27th in the league in time of possession last season at 28:48. They were 22nd in time of possession while leading a game (9:22). Yet somehow they managed to cobble that into an 8-5 start before the wheels fell off in the final three games as the offense produced just 10 points each in losses to the Bills, Jets and Ravens.

The end result was the Steelers finishing 8-8 and out of the playoffs for the second consecutive season.

Given the return of Ben Roethlisberger, there's more than a ray of hope the offensive numbers will improve to provide the Steelers with more leads. And more leads will equal more opportunities to create pressure.

"When you don’t get scores and you’re playing from behind, you don’t really get to set your hair on fire," Cam Heyward told me late in the season.

That's certainly the case, which makes it all that much more impressive that the Steelers led the NFL in sacks for the third consecutive season and forced turnovers at such a high rate.

In many games, because opponents didn't have a great fear of the Steelers offense putting up 30 points -- they failed to do so all season -- they played things conservatively. A punt was not considered a bad thing when the alternative was allowing the pass rush or a turnover to change the complexion of the game.

That helped lead to the defense being on the field for 1,030 plays despite matching the Patriots at a league-best 4.7 yards per play allowed. The difference between the two defenses was that opposing teams ran 948 plays against New England's defense, nearly 100 fewer than the Steelers had run against them.

What kind of difference can the offense possessing the ball more and more efficiently have? Consider that the Ravens allowed 5.2 yards per play, a half a yard more than the Steelers, but finished ahead of Pittsburgh in team defense because opponents ran a league-low 921 offensive plays against Baltimore.

In 2018, with a healthy Roethlisberger, the Steelers had just 987 plays run against them, good for 12th in the league. And that was with an offense that threw the ball more than any other team in the NFL.

So, despite the loss of Hargrave, the Steelers feel they can be a better defense because the offense also should be more productive.

Oh, and Stephon Tuitt, who was off to a hot start before missing the final 10 games of the 2019 season with a torn pectoral muscle, also should be back and better than ever.

"You think about getting a guy like Stephon Tuitt back at the start of this upcoming season, I think the sky is the limit for our defense," said Watt. "I really like the guys we have in the locker room and we're just going to continue to grow off each other."

If the Steelers play with more leads in 2020, they have the ability to be a truly scary defense. They had 54 sacks last season based largely on players winning matchups.

But if they're winning more often -- and by some larger margins -- the sacks could come in bunches.

The team record for sacks is 55. This group certainly has the talent to get there. It nearly did last season. It wouldn't surprise me to see 60-plus sacks in 2020.