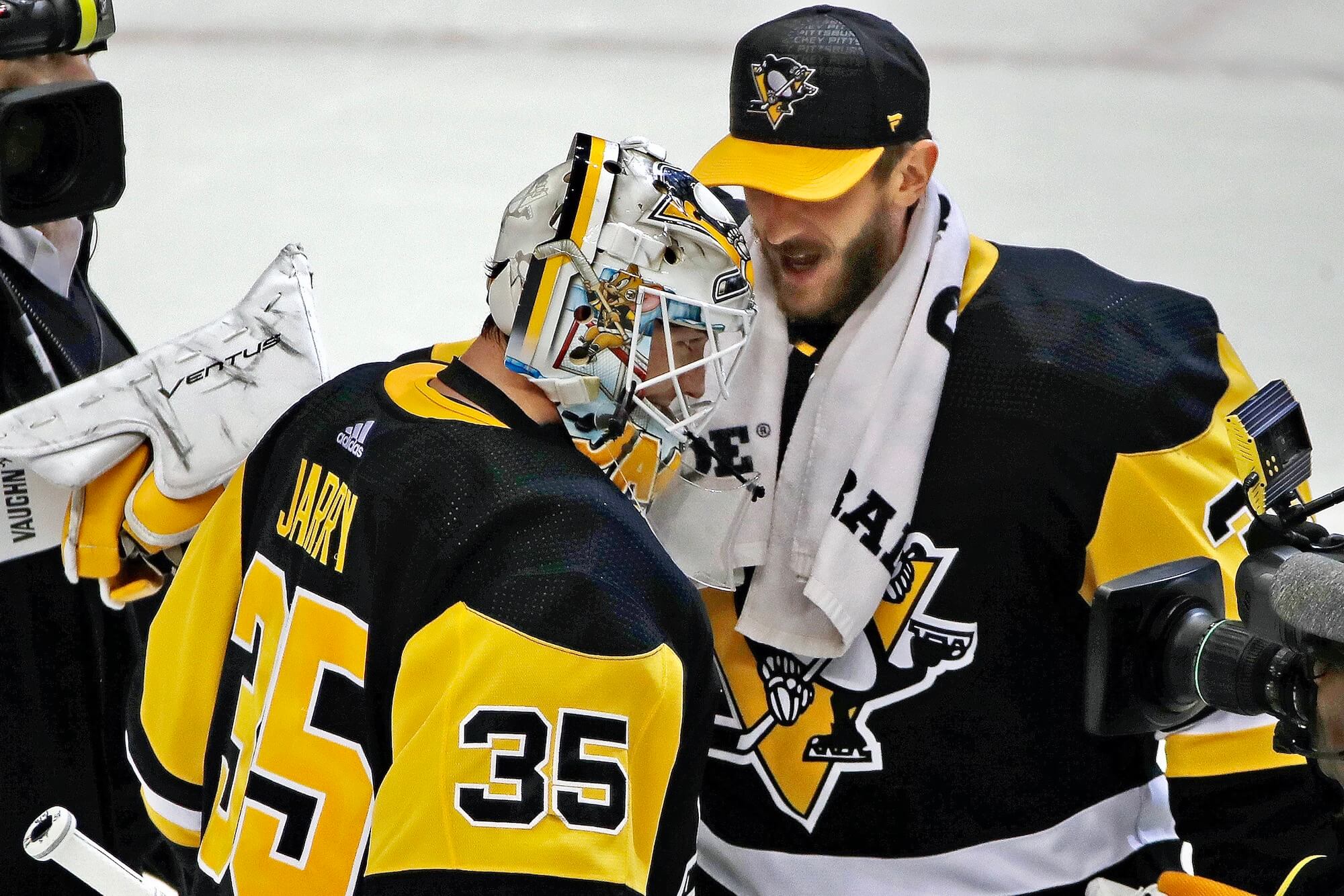 Before the NHL suspended operations March 12 because of the coronavirus pandemic, it seemed unlikely the Penguins would be able to retain both of their goalies, Matt Murray and Tristan Jarry, beyond this season.

After all, both are scheduled to become restricted free agents this summer, and both figured to be in line for substantial raises. Murray's salary cap hit is $3.75 million, Jarry's $675,000.

And the significant drop in the cap ceiling that's anticipated for next season can only complicate Jim Rutherford's efforts to fit both on his payroll beyond the 2019-20 season, regardless of whether that season is completed over the next few months.

Limited cap space is the primary hurdle that would have to be cleared for Murray and Jarry both to remain with the Penguins next season, but it isn't necessarily the only one.

Whether either would be willing to accept being a backup, or even splitting the workload, is far from certain. After all, Murray established himself as the Penguins' go-to goalie several years ago, and Jarry laid out his qualifications as a starter over most of the current season.

Both are capable of being the No. 1 guy, and it's safe to assume that's a role both would like to fill in coming seasons. Rutherford, though, said he believes Murray and Jarry can continue to co-exist, in part because of their strong personal relationship.