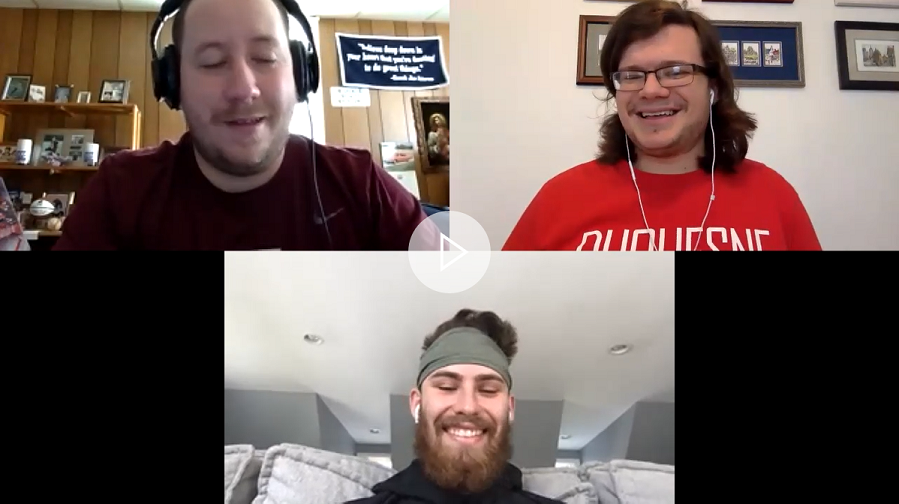 Pirates prospect Michael Burrows is described as a “spin rate monster.” Alex Stumpf and Jarrod Prugar ask him where that spin comes from.

Looking at the 20-year-old’s stuff, that may be an understatement.

Going by FanGraphs‘ data, Burrows’ fastball has a 2,550 RPM spin rate, and his breaking ball is measured at 2,800 RPM. Only five other minor-league pitchers can match that level of spin for two pitches, and only one of them is younger than him.

But Burrows did not know he had that elite level of spin and movement until he stepped in front of a Rhapsodo last year.

“The amount of spin that I’ve gotten on my balls, I wasn’t aware of it until someone told me last year, and I was like, ‘wow,'” Burrows recently told Jarrod Prugar and me. “Now I can start using that to my advantage.”

After one start, the team analyst brought in Burrows and showed him how his pitches were moving, and where he could use that to his advantage.

“Your ball is practically invisible when you throw in the top of the zone,” Burrows remembers he told him.

That contradicts the previous Pirates mentality of pitching low in the zone, especially as teams started throwing fastballs up in the zone more. While Burrows sees the old-school benefits of attacking low, he has tangible proof that going up also works.

“You can’t deny it anymore,” Burrows said. “The thing with throwing down is I feel like you can control it better, but if you can learn to control the top of the zone and own that upper part of the zone, then you can really be dominant depending on how your stuff moves.”

Burrows recently talked to Prugar and me about using that spin, finding extra velocity, how he is trying to get the most out of 2020 and much more for our Zoom-cast, On Deck. The full 30 minute interview can be found here:

Great interviewee. Mr. Burrows will be easy to root for. Hope he gets to play this summer.

That was great. Two thumbs up. How often can we expect these?

Not sure yet. Is “somewhat regularly” a good enough answer?