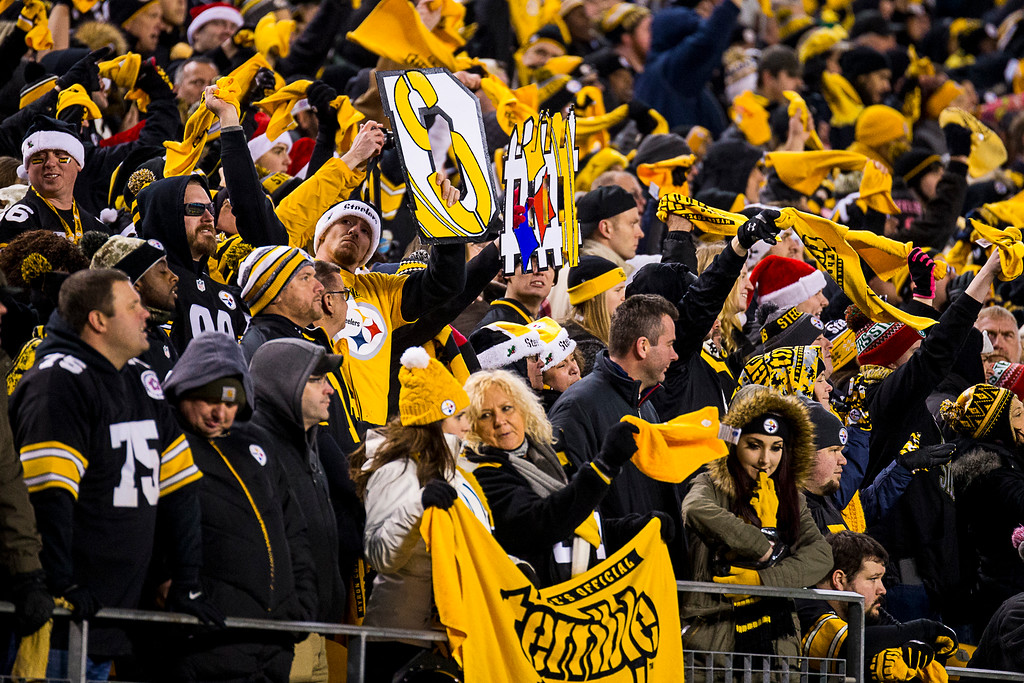 One of the most overlooked parts of looking at an NFL team's schedule is taking into account how many prime-time games a team has, as well as where and when those games occur.

But having just four this season could be a blessing.

While the Steelers have the NFL's second-easiest schedule based on last year's finishes, when they play some of their prime time games isn't exactly helpful. The schedule already includes a relatively easy travel slate. Fewer prime time games, particularly on the road, can only help.

Warren Sharp of Sharpfootballanalysis.com recently took a look at scheduling inequalities that lends some substance to the argument.

For example, in the past 10 years, the Steelers have played 13 Monday night games. But most Steelers fans will point to the fact that the Steelers are 15-2 under Mike Tomlin on Monday nights, a ridiculous record.

But, as Sharp points, out, of the Steelers' 13 Monday night games over the past 10 seasons, four have been at home, while nine have come on the road. That makes Tomlin's Monday night record all that more impressive.

That net of minus-5 on home versus road splits on Monday nights is topped only by the Texans, who have played three at home and nine on the road, and the Ravens, who have hosted two Monday night games and played on the road nine times in that period.

What all of those road Monday night games do is mess with a team's preparation for the next week. In fact, while the Steelers are 11-2 in Monday night games in the past 10 seasons, including 7-2 on the road, they're 5-4 at home the following game playing on a short week.

Strangely enough, they've played the Ravens four times in that period playing on the short week, splitting those four meetings. They've also returned home on a short week to face the Patriots once, losing that game, as well. Their other loss in that period at home came against the Bears in a Sunday night game in 2013 after losing to the Bengals on Monday night in 2013, their last Monday night defeat.

That situation will show itself once in 2020 and the Steelers won't have to wait long for it to happen. They open the season Monday, Sept. 14, at MetLife Stadium against the Giants. The following week, they return home to host the Broncos.

They'll also have a short week off a road Monday night game later in the season, as well, as they'll travel to Cincinnati to play the Bengals Dec. 21. They return home the following week to host the Colts Dec. 27.

Perhaps even more difficult is playing a road game on a Thursday night.

The Steelers are 8-7 under Tomlin on Thursday nights, not nearly as good as they are playing on Monday nights.

Over the past 11 seasons, five of their Thursday night games have come at home, while six have been on the road. They're 4-1 at home and 1-5 on the road working on a short week, which isn't all that surprising.

Interestingly enough, of those short-week games, five times they have also been on the road the Sunday before playing a Thursday night game, with two of those being brutal back-to-back road games.

In 2013, they won at Cleveland on a Sunday, then lost at Baltimore four days later. In 2016, they pulled off two wins in four days by beating the Browns in Cleveland, then winning at Indianapolis.

Of the Steelers' 10 Thursday night games over the past decade, much like the Monday night games, a large majority have come against the Ravens and Patriots.

In 2015, they opened the season at New England. They've played the Ravens three times on a short week, including twice after playing a road game on the Sunday before.

That will again be the case in 2020 as the Steelers play in Jacksonville Sun., Nov. 22, then turn around to play the Ravens four days later. At least this game is at Heinz Field, but in a similar situation in 2015, the Steelers won at St. Louis against the Rams, then lost to the Ravens at home four days later when Ben Roethlisberger was unable to make the start because of a knee injury suffered in the previous game.

Is it fair? Not necessarily. But such are the quirks of the schedule.

For example, over the past decade, the Cardinals have hosted six Monday night games. They've not played a single Monday night away game.

Because they always host a Thanksgiving Day game, the Lions have played 11 home games on Thursday nights over the past decade and none on the road. For similar reasons, the Cowboys have played 25 Monday or Thursday games over the past decade, with 18 of those being at home. By contrast, the Giants, who have to compete with the Cowboys in the NFC East each season, have played 24 weekday games, with eight coming at home and 16 on the road.