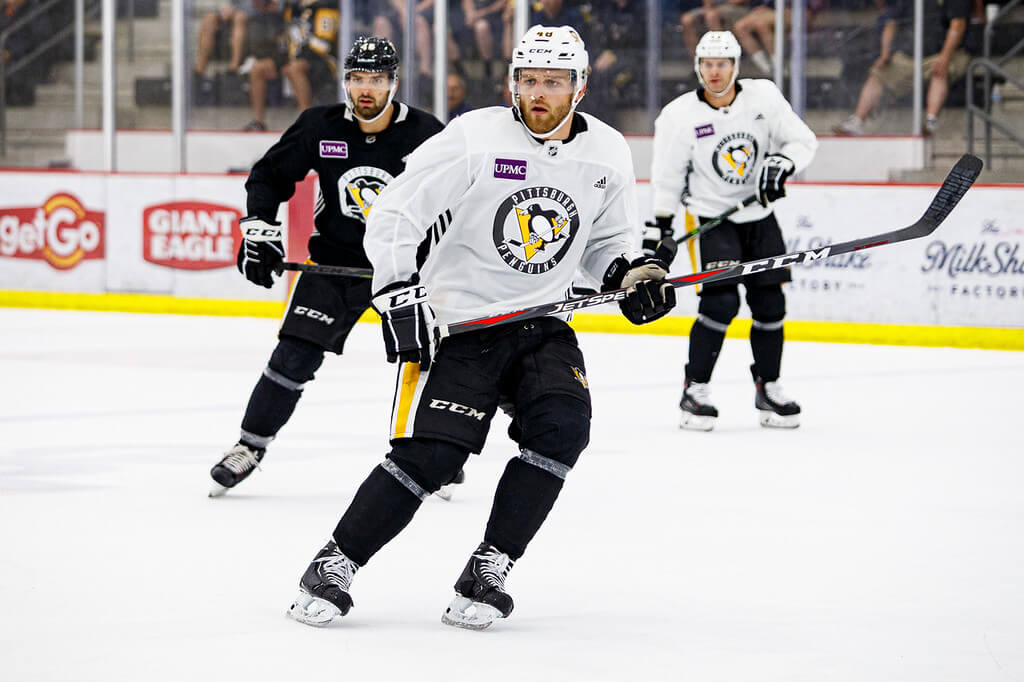 The Wilkes-Barre/Scranton Penguins have re-signed defenseman Jon Lizotte to an AHL contract for the 2020-21 season, the team announced on Tuesday.

Lizotte, 25, played in his first full professional season this year after attending St. Cloud State for four years. He appeared in 59 games as a rookie, and finished tied for No. 2 in scoring among Wilkes-Barre defensemen with no goals and 17 assists. Several of those assists came from forcing turnovers that led directly to goals:

Lizotte, at 6-feet, 210 pounds, is a heavy hitter with a hard shot, and a skilled penalty killer.

“What I really like is he competes,” Penguins head coach Mike Vellucci said of Lizotte last season. “He is a competitive person, and every shift he’s giving it his all. Now that he’s getting a little more comfortable, he’s starting to make more of those offensive plays, those little pocket passes or the perfect angle he made on the chip pass that led to our one OT winner.”

Lizotte was originally a free agent invite to the Penguins’ development camp in 2018. When his college career at St. Cloud State ended the following spring, Lizotte joined Wilkes-Barre on an amateur tryout contract. He appeared in three games with Wilkes-Barre that spring, recording one goal and one assist.