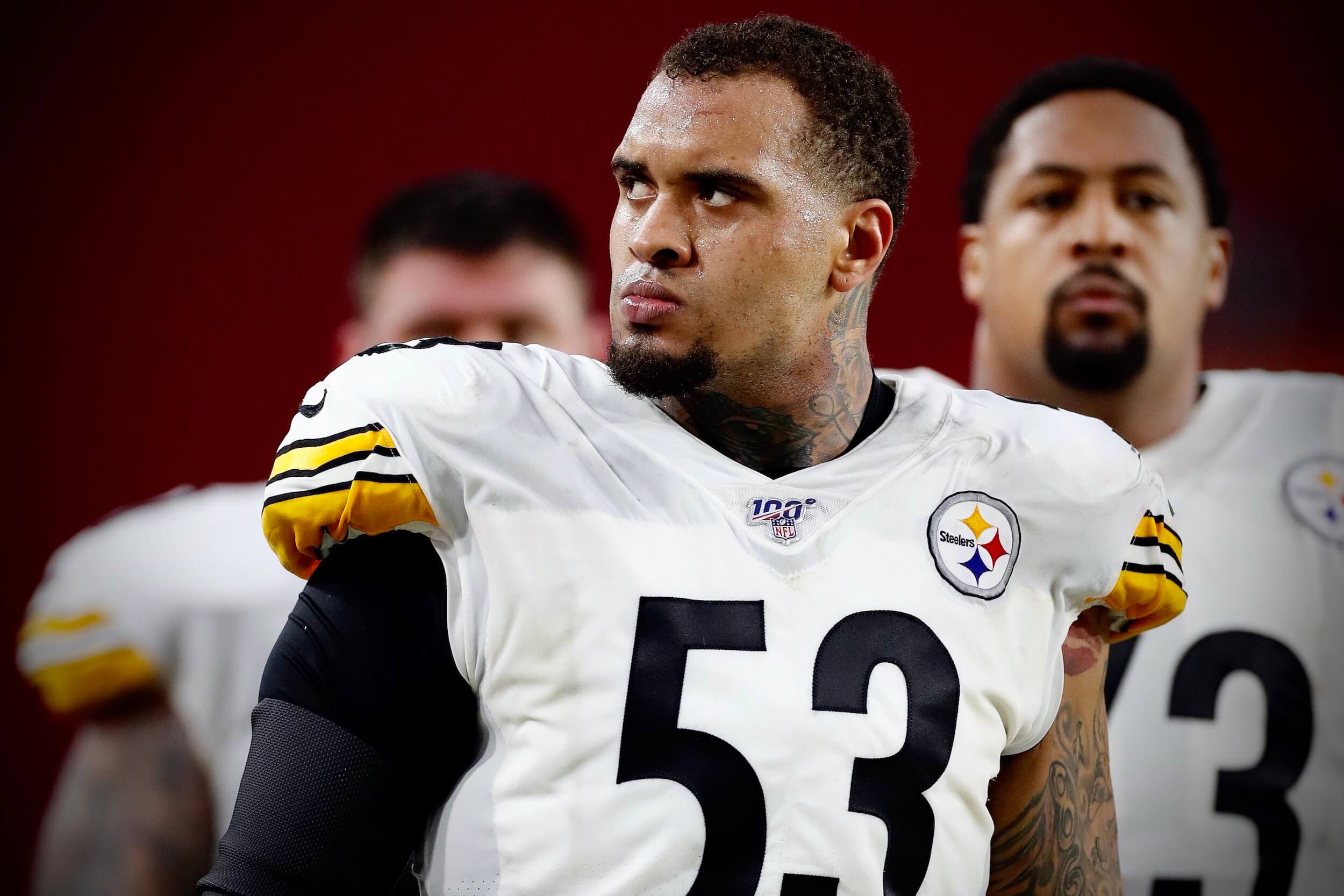 HENDERSONVILLE, Tenn. -- Being successful in life sometimes comes down to chasing a dream as much as you possibly can.

It starts off as a thought, most of the time a wish. You get hopeful when you have the thought as a youth or even a young adult. It might make you smile when you visualize yourself in one of those moments. It might be a case where you’re determined to prove right everyone who believed in you, or to prove the doubters wrong.

With that in mind …

Six weeks ago, the NCAA released a study that showed the probability of a college football player making it to the NFL is 1.6 percent. That’s out of 73,712 football players: 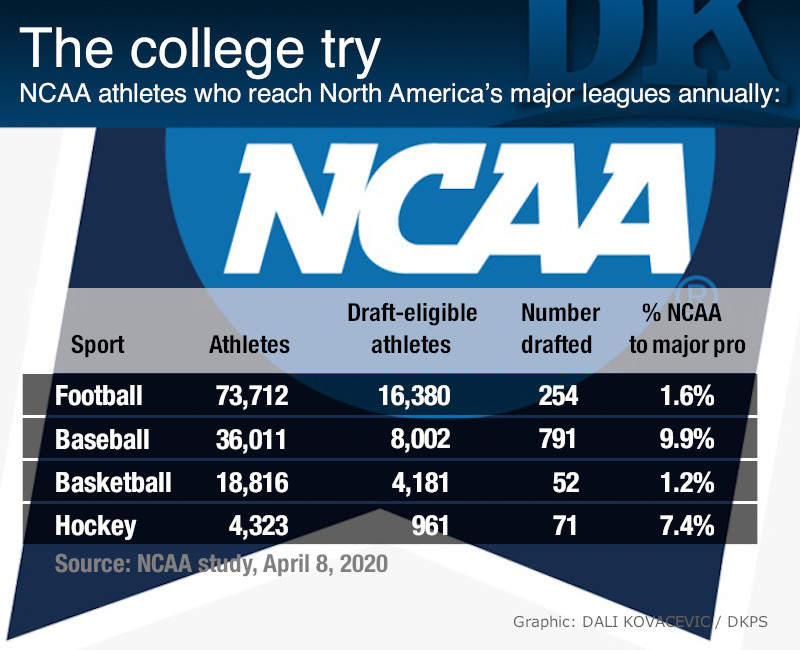 If you’re one of those 73,712 athletes, or even just the 16,380 who are draft-eligible, and you sit back and think about those numbers, it will crush your soul. One reason I respect anyone — and I mean anyone — who makes it at the top level is that I’ve seen what it takes.

I remember in July of 2009 telling my college sweetheart, who’s now my wife, “Hey, I’ll see you on the bye week or after the opening day roster!” And I will be completely honest with you all: I HAD NO IDEA WHAT I WAS TALKING ABOUT! I thought I could make the Steelers’ roster in some form, but I absolutely had no idea what it took or how hard it was. Still, none of that mattered. I just packed up my 2002 Pontiac Bonneville (which my brothers helped me buy) and drove from Knoxville to Latrobe with all of my clothes and personal items I would need for the season.

The phrase I like to use when talking about making it in the NFL is this: “You have to be a maniac or just crazy to think that you’re going to be the one.”

And when I use those words, it’s not intended as an insult. I say it because that’s how you feel when you’re chasing something that everyone you knew in college wants.

My first camp is one I’ll never forget, and one moment above all. In any camp, we have daily one-on-one battles between offensive and defensive linemen. This particular day, I was about to take a rep against another young guy, Ra'shon 'Sunny' Harris, the sixth-round pick from Oregon, and John Mitchell, the D-line coach, stopped the drill and told the whole group, right in front of us: “We have two No. 73s here in this camp, and only one of y’all can wear that number during the season! We don’t have double numbers the way you have in college! So y’all make the decision for us!”

I can’t lie: That was the most brutal thing I had heard at the time. Sunny went on to make the practice squad, and I made the active roster wearing number 73.

My story might sound unique but, when you stay around the league a while, you come to understand that there are a lot of my stories floating around. And not just among those who had to struggle to make a name for themselves.

As most know, Maurkice Pouncey is a brother to me. We treat each other like family. And in all the time we’ve been together, I’ve gotten to see what the greats go through, too. I do consider Maurkice one of the greats to have played in Pittsburgh, as well as the entire NFL. And I’m OK admitting there are different levels to the game.

Maurkice’s method of training was different. He challenges everyone around him. His passion for the game is not like many I’ve seen through the years. To overcome all his injuries and to come back year after year as one of the best, that doesn’t come easily. I've seen him with tubes coming out of his leg and having to go to the doctor daily to change out his bandages and tubes. And when I asked him about that one time, he answered, “The only drive in football for me is winning and making others around me great. It’s never been about me, even when I was injured. The only thing I could think about is not letting the team down and how I needed to get back to help us win.”

If you’re a realist about the game and understand the physical aspect of the game, you’d probably think he was crazy to think like that, I mean he was close to losing the game as a whole during that time, without going into depth about it.

I never question Maurkice’s heart or the heart of anyone in that situation. Mentally, guys make deals with God and themselves about what they’re going to do if given the opportunity. And the ones I know follow through with it.

He’s so passionate about what he does. If you follow him on Twitter, you can see the passion he displays there. Vince’s mindset from the day he walked in the door was that he had no choice as a sixth-round pick but to show everyone he belonged. I’ve heard him say it time and time again: “Ramon, I’m built for this! They don’t want it like I do!” And every time I’ve heard him say that, I believe him. Even in the times where we get beat on a play, the mental battle of never letting that happen again sets in. You suppress it as quickly as possible, because you know your opponent the following week is going to attempt the same play. And like clockwork, when that same play comes the next week, the same move that beat you gets shut down, Vince will smirk toward us on the sideline and shout, “I’m built for this!” He’s not just saying it in a physical sense, but mentally also.

As a professional, you fight off years of self doubt, injuries, personal failures, the weight of your family, and you continue to push through to achieve what you want.

Look at Ben Roethlisberger, too.

He’s saying he’s going to come back better than ever, I’m choosing to ride with him. That adversity, that ability to win that battle with oneself is among the greatest advantages a world-class athlete could have. It drives you insane until you get the moment to prove what you know to the world. I got chills watching Ben throw the ball around last week to JuJu Smith-Schuster and James Conner because I know what’s to come. The personal attacks from some, the doubters and, just as important, the support system and the people who want to see you thrive, it all makes for the perfect recipe to show off who you truly are.

I do mean it when I say you have to be insane to be part of that 1.6 percent.

Share
Tweet
Email
Live Qs at 5: Taylor’s answers on hockey
Minkah on Steelers’ defense: ‘One of the best’