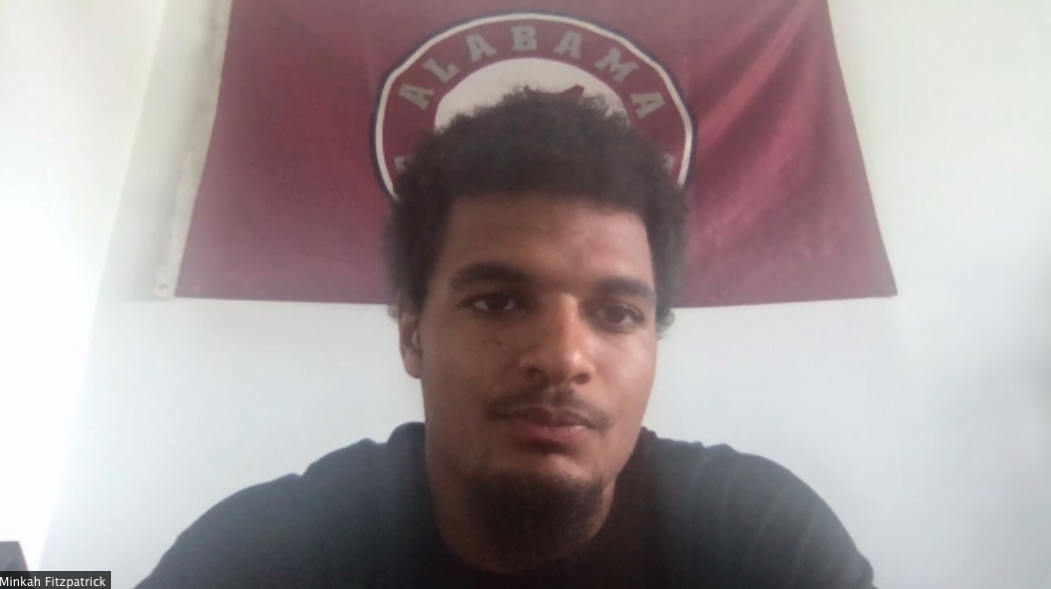 In his first seven games with the Steelers in 2019, Minkah Fitzpatrick recorded five interceptions, one fumble recovery and a forced fumble.

Then, over the final seven games, he failed to record a single interception and had just one fumble recovery. It's kind of hard to intercept passes or make impactful plays when the opposing team has decided they're not going to allow a player to impact the game.

That was the case for Fitzpatrick, who also had just one pass defensed in the final seven games after having eight in his first seven games following the trade that brought him to the Steelers via a trade with the Dolphins.

"Teams started taking less shots downfield, taking shots wherever I was," Fitzpatrick said via a teleconference interview Tuesday. "If I was in the middle of the field, they didn’t throw it in the middle of the field. If I was in a half, they weren’t targeting that area where I was. I don’t know if it was game plan or decision-making by the QB, but I did realize it was different."

When a player is making the kind of impact the Steelers were getting out of Fitzpatrick, you'd better believe it was intentional.

Fitzpatrick, who earned All-Pro status in his first season with the Steelers, returned two of his turnovers for touchdowns, becoming the first player to record multiple defensive scores for the team since William Gay in 2014.

Considering the scoring issues the Steelers were having themselves, opponents were intent on not allowing them an easy one on defense.

That could certainly change in 2020 with the return of Ben Roethlisberger, something that is exciting not only to the players on offense, but on defense, as well.

"I expect him to be Ben Roethlisberger. He’s a great player, a playmaker," Fitzpatrick said. "But also, I saw throughout last year, just him being around the team, he’s a great leader. I like being around him. I like hearing from him. He has a lot of experience and wisdom to share. He’s going to keep being himself, even though he was injured. He’s going to go out and compete and challenge even myself, even though I’m a defensive player. He’s going to go out and make everyone else better like he’s been doing for the past however many seasons."

That, in turn, could make the defense even better than it was a year ago, when the Steelers finished fifth overall in yards allowed and sixth in points while leading the league in sacks and forced turnovers.

Fitzpatrick was a big part of that. In the 14 games for the Steelers following the trade, Fitzpatrick recorded 57 tackles, five interceptions, nine pass defenses and recovered two fumbles.

The team returns 10 of 11 starters to that defense, with only nose tackle Javon Hargrave, who signed with the Eagles, not back. That continuity, especially in an offseason in which teams aren't permitted to be on the field together because of the coronavirus outbreak, could give the Steelers a leg up when the games eventually are played.

Fitzpatrick is hopeful the year he got under his belt will help him in regard to playing better and faster in his second season with the Steelers, as well.

He jumped onto a moving train last season, joining the Steelers three weeks into the regular season as their third starting free safety in three games. The coaching staff kept things simple for him to allow him to be more impactful.

Now, he wants to add more to his plate since he has a better understanding of things.

"I think last year coming in at the time I did, I didn’t know the defense as well as I do now," Fitzpatrick said. "The coaches just wanted to keep it simple for me and they did. I appreciate that. Now, I would say, if the coaches want me to move around, I’ll move around. If they don’t, then I don’t need to. I wouldn’t say it’s a goal. If they need me to move around, I’m trying to learn the position and get it down to a T, so if they ask me to, I can move."

That would certainly make it more difficult for opponents to stay away from him. It's something the Steelers used to do a lot of with All-Pro safety Troy Polamalu. They disguised things to the point where they could run the same exact defense three consecutive plays, but Polamalu would be in a different spot on the field on each one, making it look like a completely different defense.

Now, with that year under his belt, Fitzpatrick said he and strong safety Terrell Edmunds might have more freedom to switch things up if needed.

"Schematically, I can move somewhere else or they can have me do something I don’t normally do based on down and distance. That’s up to the coach," Fitzpatrick said. "It doesn’t really matter to me. I’ve moved around a lot in the past. I just like making plays and being where I need to be. Last year, where I needed to be was in the middle of the field and in the halves. It worked out fine. This season, we’re going to keep doing what we need to do to win games, whether that’s corner, linebacker whatever it needs to be. That’s what I’m going to do."

That ability to play multiple positions was something that actually ended Fitzpatrick's time in Miami, which had selected him 11th overall in the 2018 NFL Draft. A new coaching staff came in and had the talented defensive back playing safety, corner and linebacker.

But the Dolphins also tore apart their roster in what is looking like a total rebuild. Fitzpatrick asked for, and received, a trade.

He feels at home with the Steelers.

"I think we’re one of the best (defenses)," he said. "That was reflected with the way we played last season. We were top-three, top-five in almost every single category. Our talent level — a lot of guys have talent — but I think our execution level beside our talent level is what kind of sets us apart and is what will continue to set us apart."

Share
Tweet
Email
On The Line: A certain level of insanity
How low would Pirates’ payroll go?