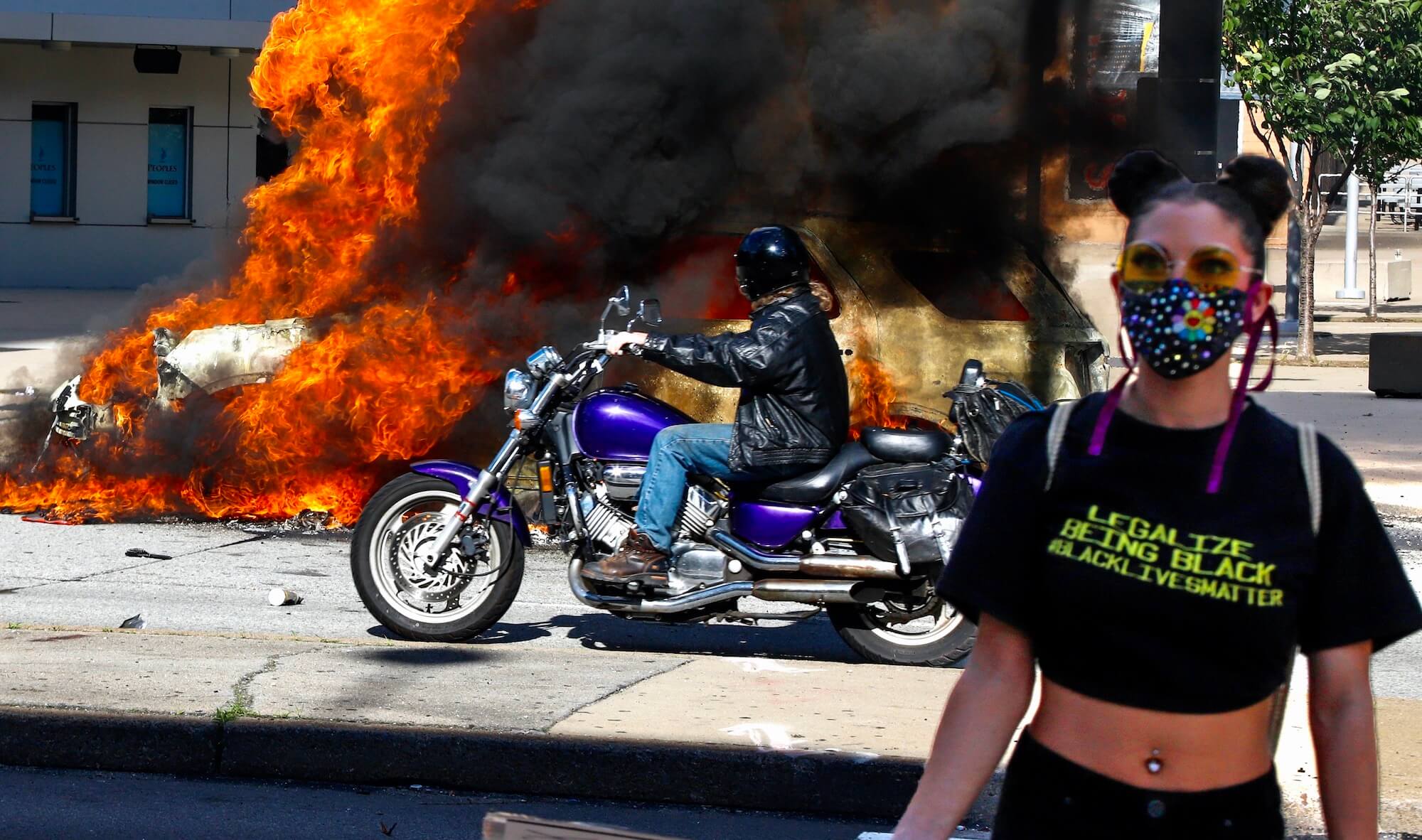 It was the summer of 2017, a sweltering day at Saint Vincent College. The Steelers were out on the field, sweating up a storm in full pads, and Chris Carter and I had escaped the sun on a slice of grass under one of the campus' countless big oaks. And we were discussing, as a lot of folks were at the time, race relations in America.

The anthem protests and all that would soon follow, you'll recall.

Anyway, the line atop this column was what I told Carter at one point. And as best I can recall, it was spoken more in a clueless tone than anything humble or high-minded.

It wasn't like, 'Oh, Carter, I can't possibly relate as a white person to what you as an African-American must feel or experience when it comes to racism.'

That'd be humble or high-minded.

No, it honestly was like, 'Carter, I can't understand how this is still a thing in this day and age.'

He was seated to my right, and I looked over at this man, my friend, my trusted co-worker, and asked him how and why, after all these decades -- and in particular after it felt like in my childhood that we'd all cleared so much air in this regard -- people could even look at each other as being different because of the color of their skin. Or, for that matter, their gender or ethnicity or religion or sexual preference or anything at all that would generalize them.

And this is where the story gets stupid. Because after a little more of this monologue, I begin getting really wound up, as I'm wont to do all too often, and it's at this point that Carter senses that I'm about to get all unplugged, and he's the one who puts his hand on my shoulder to express empathy.

I shut up in a heartbeat. We watched more football.

I still don't get it. I never will get it. But here's what I've taken upon myself to learn since then: It's not up to me to talk about it anywhere near as much as it is to listen. And learn.

Since then, we witnessed the NFL's autumn of discontent, then far too many other incidents around the country that grew our racial gulf including our own in East Pittsburgh, and now the Minneapolis police officer killing an African-American man by criminally, mercilessly kneeling on his neck. On camera.

Yesterday, that one hit home in our own city, too, as thousands protested through Downtown. I'll get into elements of that below.

But to the core issue, the underlying issue, where this takes root, I'm deferring to Carter this morning.

We can talk all we want. But for the most part, talking is a self-absorbed exercise in any walk of life. That's what I was doing that day. I was talking from the heart. I meant every syllable, but all I did was talk, talk, talk. I learned not a damned thing I didn't already know. Even though I was sitting next to someone who's been a dedicated civic servant and activist in Homewood and beyond for the better part of his life.

This morning, I'm here to listen. To learn. To offer my own empathy and, ideally, a better understanding. Because that's the stuff of which real dialogue and real progress are made.

• For the omnipresent stick-to-sports crowd: Each week through the pandemic, I've been writing a non-sports column. Anyone who'd rather not read it is certainly free to bypass it. I can assure you it doesn't come at the expense of sports content. We're offering the same amount that we would under any circumstance.

• If it's pure sports anyone seeks, the defacing of the Mario Lemieux statue has to count, right? 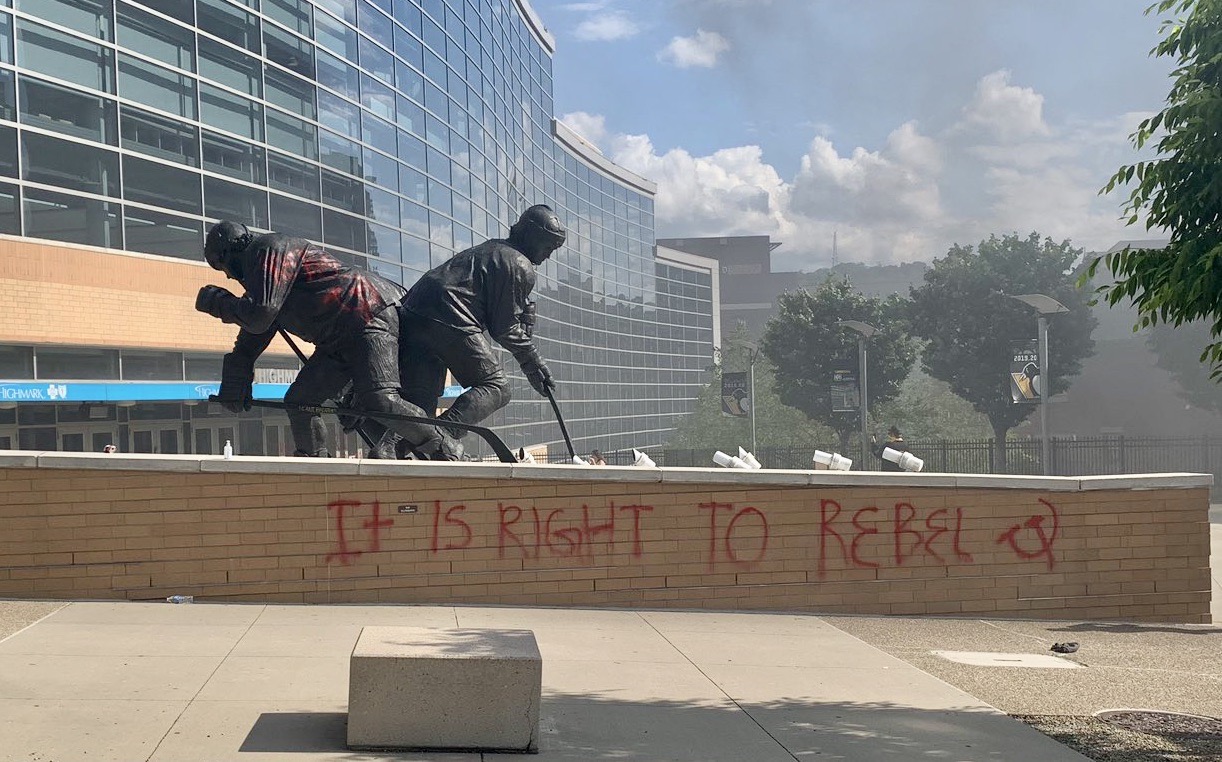 Well, to first clarify a couple things on this front.

1. This will get blindly blamed by some on the African-American community. And that'll be a big nope in the fact column, thanks to this photo sent to me late last night by a subscriber: 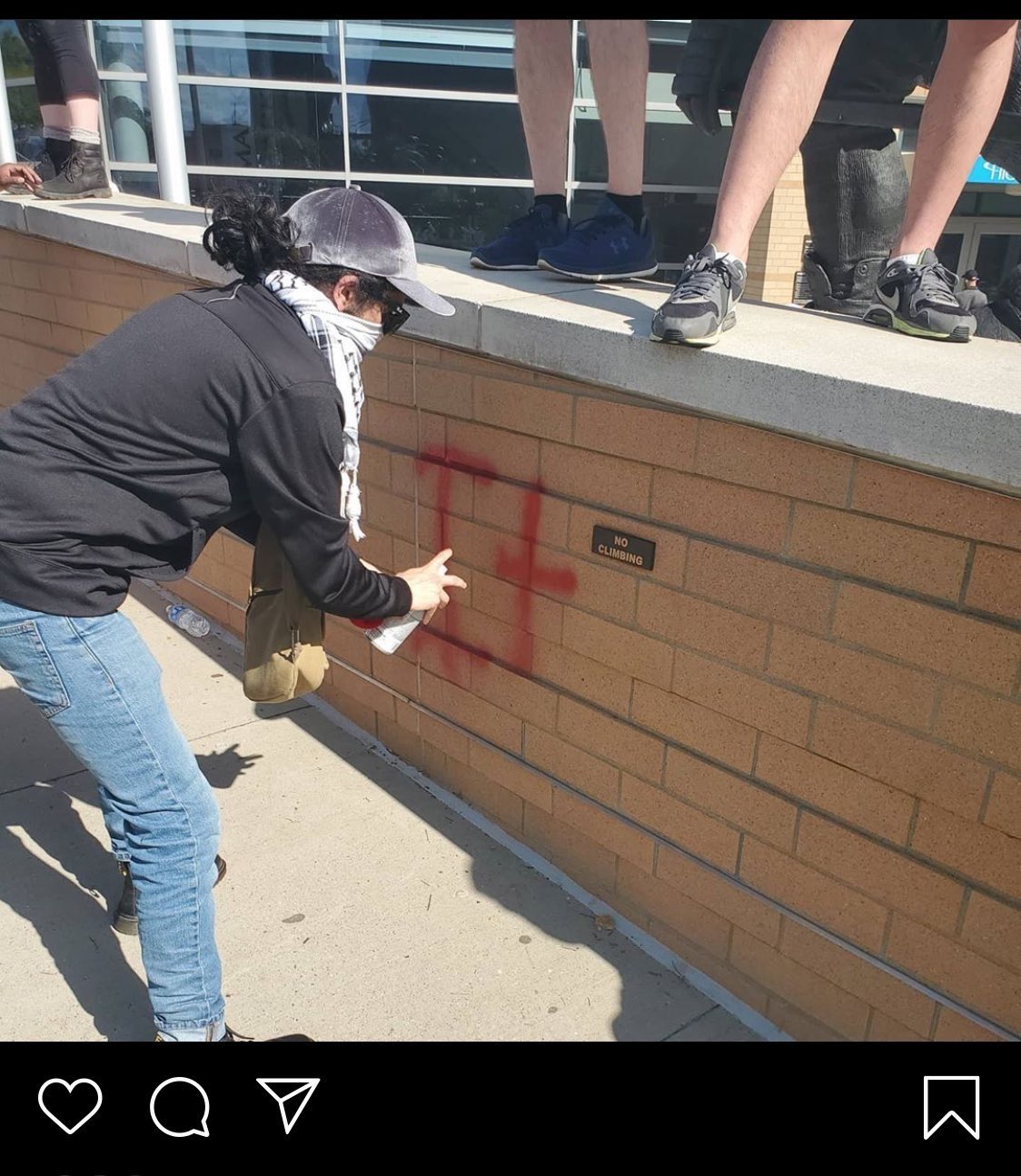 More evidence would emerge -- same paint, same symbols, same hammer/sickle combination -- that this had not a thing to do with the protest of the day and was, instead, the same family of vandals who a week earlier defaced the historic Doughboy military statue in Lawrenceville: 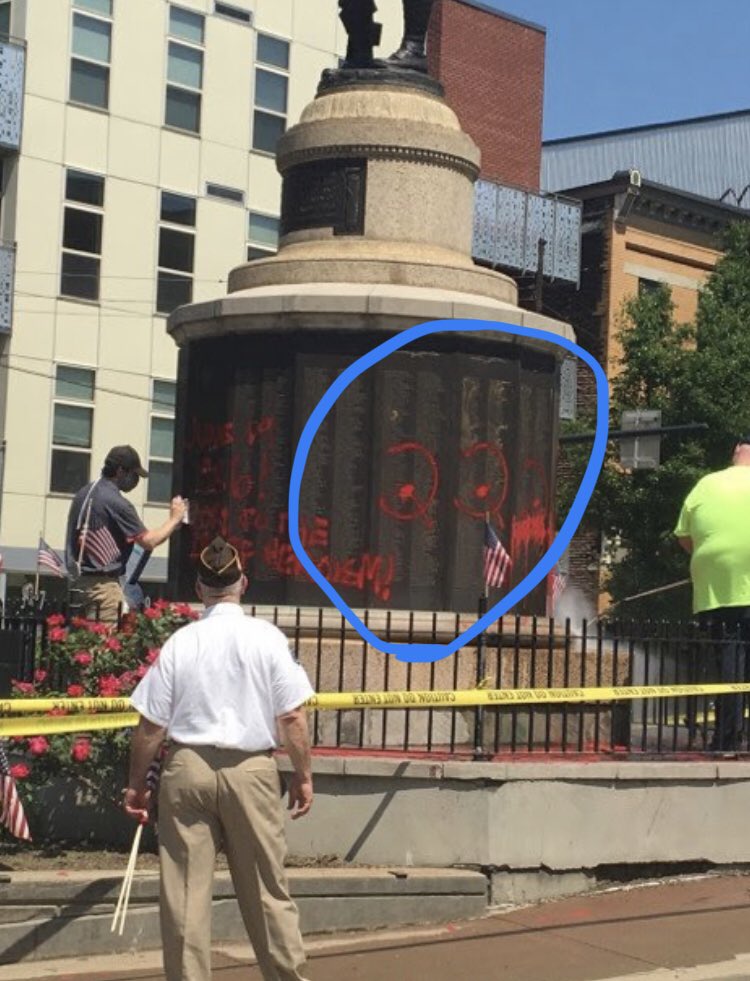 On Memorial Day, no less.

Here's hoping someone can ID that individual up there.

• In fact, Pittsburgh's chief of police, Scott Schubert, eventually issued a statement that most of the vandalism, arson, looting and other damage that occurred in and around Downtown was committed by out-of-state, organized repeat offenders who make it their business to exacerbate otherwise peaceful protests.

This was sent to me by another subscriber:

And this was raw footage of another scene near PPG Paints Arena in which one of those same scumbags smashed up, then torched a police car:

This isn't to intimate that people of all races -- and for that matter, local origins -- didn't eventually do their own damage. To emphasize, it's that one highly specific group set about setting the spark of what'd been, by every account, a completely peaceful protest.

• I couldn't care less about their politics, whether they're lefties or righties or whatever, so no, I'm not avoiding the strong broader suspicion that they're from the self-styled leftist, anarchic Antifa outfit. I'd call it out equally either way. Because above all, they're scumbags. They don't belong in our city, and they had no right to hijack someone else's protest over a very different cause than whatever theirs might be.

Find them. ID them. Prosecute them. Make them fear ever setting foot here again.

• Or just send Brett Keisel after them:

Honored to march with my family and neighbors in Sewickley. Be apart of the solution my good people. pic.twitter.com/X6KSW60PYR

All four of the officers involved in the killing of George Floyd should be tried and punished to the fullest extent of the law. Those responsible for creating or perpetuating the culture that allowed the main officer to get away with multiple previous brutalities -- none resulting in a suspension or firing -- also should be punished. And police departments everywhere should be made more accountable.

But presuming that everyone's the same ... uh-uh, that's precisely the type of thinking that leads to the behavior we'd ideally be working to diffuse.

• Evander Kane was a loose cannon in Winnipeg, and that's only gotten worse in San Jose. Publicly challenging Sidney Crosby to speak up about racism was about as hollow and misguided as anything anyone could possibly express about the current setting.

• Hey, at least this one wasn't about coronavirus. Or whiny baseball execs/players.

If not, these dudes definitely had the right idea yesterday:

We have liftoff. History is made as @NASA_Astronauts launch from @NASAKennedy for the first time in nine years on the @SpaceX Crew Dragon: pic.twitter.com/alX1t1JBAt