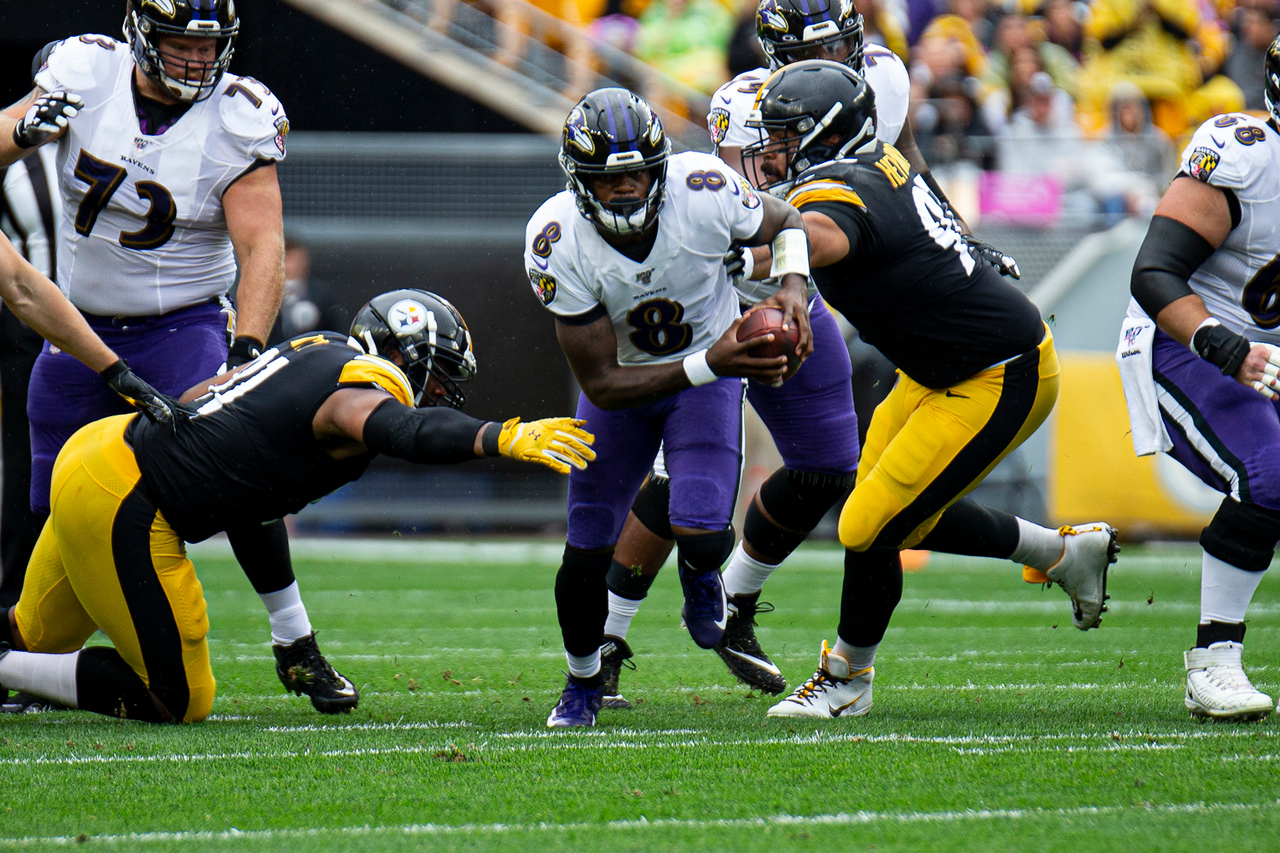 The Ravens took the NFL world by storm in 2019. Lamar Jackson and his dynamic offense rattled off 14 regular-season victories en route to home-field advantage in the AFC Playoffs. We all know how that played out in the end, a playoff loss to the Titans at M&T Bank Stadium, but the expectations are high for the Ravens entering 2020. How high? The William Hill Sports Book has the Ravens tied with the highest win-loss total in 2020 at 11.5 wins.

Compared to the Steelers' win-loss total, set at nine, the Ravens have some lofty goals bestowed upon them by those placing their hard-earned cash on one of the league's hottest teams. But are those who are putting their own funds on the Ravens taking the over? After all, Baltimore did win 14 games last year.

The answer is a resounding "no."

According to the William Hill Sports Book, "only the Rams’ win total (83%) has been a more popular under bet in terms of total number of tickets than the Ravens at 75%. Baltimore’s under has also attracted 89% of the total dollars wagered."

Translation: An overwhelming majority of fans don't believe the Ravens will duplicate the success they had in 2019.

It isn't easy winning 14 games in a season, but these numbers state many fans don't think the Ravens will win 12 this year. This for a team that has the easiest schedule this season, according to opponents' winning percentage in 2019. And what should come as no surprise is how the Ravens are the leaders in the clubhouse as it pertains to money placed on them as the 2020 season approaches.

"Overall, 45% of the total dollars wagered and 36% of the total number of tickets of all AFC North win total bets have been on Baltimore, both of which lead all the teams in the division," Max Meyer of the William Hill Sports Book notes.

As for the Steelers, there is some good and bad news coming from the bettors. According to William Hill, "Steelers over 9 wins has brought in 52% of the total number of tickets, while the under has generated 59% of the total dollars wagered."

While fans placing bets aren't big on the Steelers or Ravens hitting the over on their win-loss totals, people feel the Browns will exceed expectations. With a win-loss total of 8.5, 55 percent of those placing wagers believe they will win nine or more games this season.

The Bengals are a different story altogether. They are the only team in the AFC North who has witnessed their win-loss total change. Their opening line of five has since moved to five-and-a-half. I guess that happens when you have the top overall draft pick and select Joe Burrow. Don't worry though: 63 percent of wagers have been on the under.

Who will go above and beyond their opening win-loss total, and who will wildly disappoint? However you slice it, the AFC North certainly has a different look to it heading into 2020.

Share
Tweet
Email
Where does Steelers’ receiving corps rank?
MLB Draft: Gonzales’ floor is No. 7 … which should excite Pirates